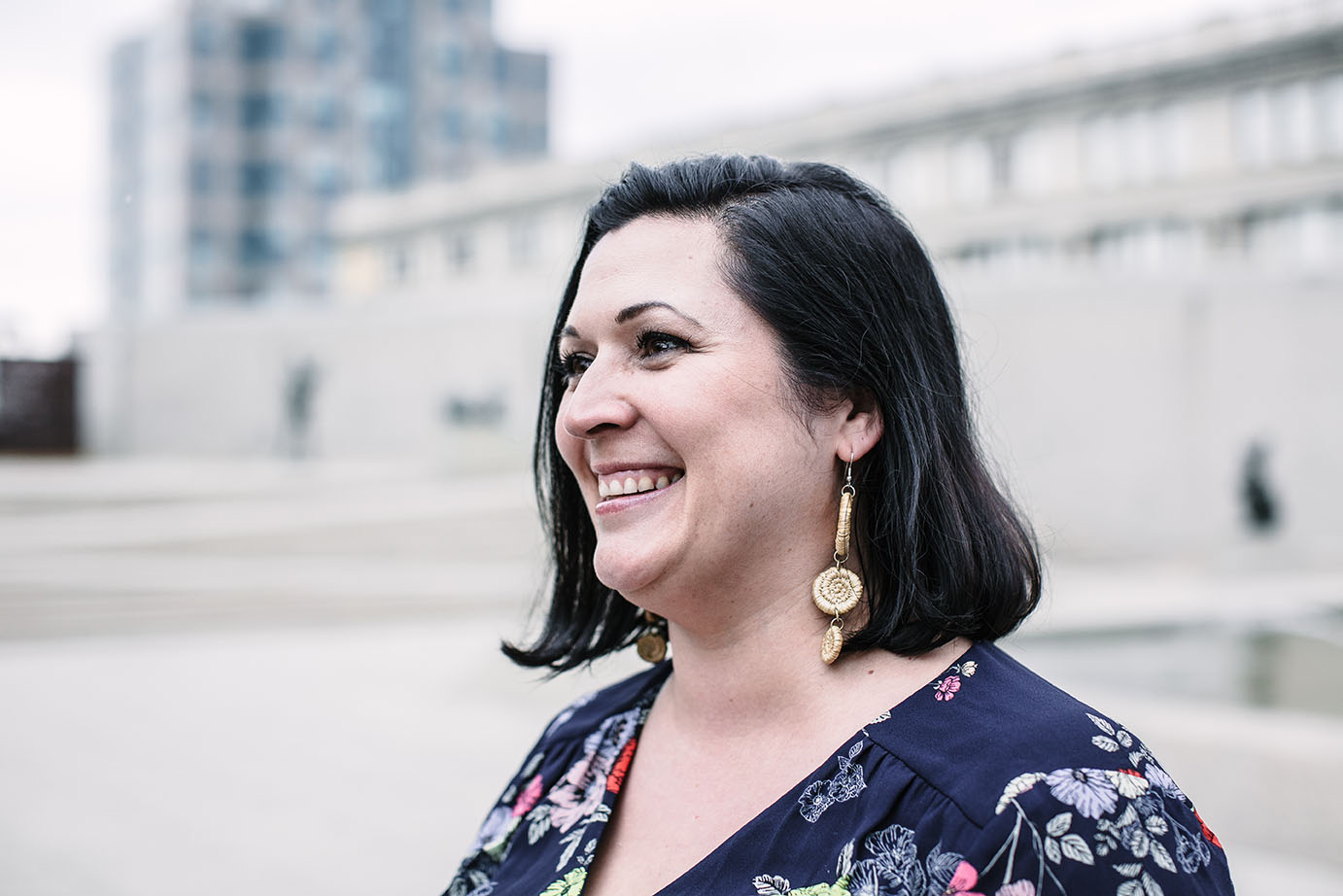 Working with Asinnajaq, Kablusiak, and Krista Ulujuk Zawadski, Dr. Heather Igloliorte leads the guest curatorial team developing the WAG Inuit Art Centre’s inaugural exhibitions. She was among a group of Inuit the WAG brought together in 2012 to brainstorm about what an Inuit Art Centre could be.

WAG: Has the vision for the Inuit Art Centre changed since 2012?

HI: Since 2012, we’ve developed a clear vision around engaging people in new ways of thinking about Inuit and our arts. There are now new technologies that will allow us to preserve oral histories of Inuit artists, offer programs and events to virtually connect people in the North and South, and more.

WAG: The curatorial team met recently with the WAG Indigenous Advisory Circle. What can you tell us about that?

HI: We had a great meeting with a lot to talk about, including the inaugural exhibition, entitled INUA. The word has two meanings: spirit, or life force, which conveys how the Centre is celebrating Inuit identity; and it is also an acronym for Inuit Nunangat Ungammuaktut Atautikkut, which loosely translates as ’Inuit Moving Forward Together.’ Inuit are and have always been, a forward-looking people.

WAG: What challenges have the curators faced while developing the inaugural exhibition?

HI: This is the first time a curatorial team has had representation from all four regions of Inuit Nunangat (the Inuit regions of Canada) and we all feel responsible to our communities. So, we’re mindful of representing each Inuit region and urban Inuit, while bringing together different generations of artists and art in many different media.

It’s also challenging to create an exhibition for a building that’s still under construction! We can draw a floor plan, but some of the artworks haven’t even been created yet. It can be terrifying, but also exciting. I love a good challenge, and we are working with an excellent team, so there’s immense potential.

WAG: You’ve said the focus of the inaugural exhibition will be on emerging Inuit artists. Will more traditional artists also be represented?

HI: Definitely. New works will be integrated with pieces from the collection, representing several generations. Remember, most of what we think of as ’traditional’ Inuit art is only a few decades old, as modern Inuit sculpture and printmaking as we know it largely developed in the mid-20th century. But Inuit have always made art with the materials available to them and there’s a continuous thread of creativity between generations of artists. Emerging artists experimenting in new forms are still grounded in the culture of being creative with whatever materials are available—today, that could be anything!

WAG: What else can we expect to see in the inaugural exhibition?

HI: We anticipate presenting dozens of artists through collection-based works, new works by senior artists, loaned works, and works by early and mid-career artists. About half of the new artworks will be commissioned especially for the exhibition. Besides Canadian Inuit art, there will be works from other circumpolar areas such as Greenland, Alaska, and Siberia; the Inuit world is vast, and our arts proliferate everywhere. The scope and dynamics of this exhibition will be unlike anything that’s come before. It won’t just be a visual art experience. We anticipate music, performance, tattooing, and other forms of Inuit artistic expression will have prominent places in INUA and throughout the Inuit Art Centre.

WAG: What’s next for the inaugural exhibition guest curators?

HI: We’ll be talking to artists, preparing to offer commissions, and confirming loaned works. We’ll have another look through the WAG’s collections and choose pieces for the show.

Once we’ve settled on the artworks, we’ll finalize a floor plan for displaying them in the Centre’s Inuit Gallery. We’re also considering opportunities for some of the smaller gallery spaces.

WAG: When the Inuit Art Centre opens in 2020, the inaugural exhibition is bound to have a big impact on visitors. What other effects do you see the Centre having?

HI: This year’s Polaris Prize winner, Jeremy Dutcher, said Canada is experiencing an Indigenous renaissance and I really feel that’s true. We’re on the cusp of an artistic revolution and the WAG Inuit Art Centre is going to be a leader in that.

There is no one place in the North where Inuit can see art from all regions of Inuit Nunangat in one place, so the Centre is important for that reason. And it will be incredibly exciting to have permanent Inuit staff in place at the WAG.

This will be a Centre for all people. It will be a dynamic space for experiencing art and a hub of education, research, programming, and performance. It will be great for everyone.

INUA is the inaugural exhibition of Qaumajuq, the new Inuit art centre at the WAG. See work by over 90 Inuit artists working across Inuit Nunangat and beyond.

In December 2019, Julia Lafreniere assumed a leadership role in Indigenization at the WAG, involving First Nations, Inuit, and Metis communities. She works to build...