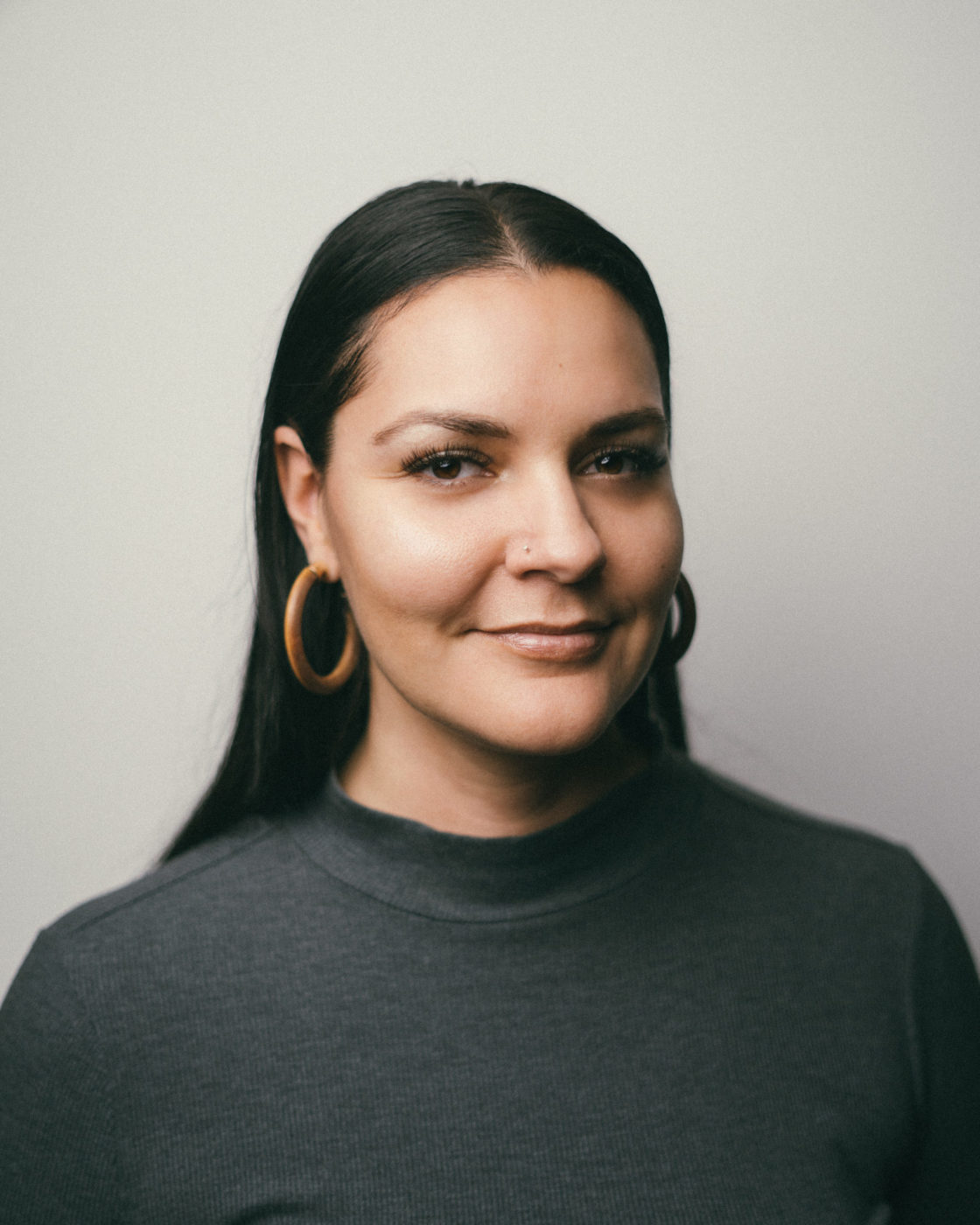 In December 2019, Julia Lafreniere assumed a leadership role in Indigenization at the WAG, involving First Nations, Inuit, and Metis communities. She works to build capacity for Indigenous programs, partnerships, and overall outreach.

Lafreniere’s position is supported in part by the Canada Council for the Arts through a Memorandum of Understanding (MOU), under which the Council is providing funding for three years via its Creating Knowing and Sharing, The Arts and Cultures of First Nations, Inuit and Métis Peoples program. Lafreniere is Metis from Treaty 4 Territory and has 17 years of professional experience in relationship and capacity-building in Indigenous communities, including marketing and research positions.

“I am very pleased to be a part of the historical transformation happening at the Winnipeg Art Gallery. I am proud to contribute to the development and execution of Indigenous programming, as well as continuing my work within the Indigenous community in Winnipeg.”

Based on the research that was conducted with Indigenous leaders in Winnipeg, Indigenization primarily means creating space for Indigenous people to tell their stories. In terms of the Winnipeg Art Gallery, that looks like Ceremony being incorporated into the Gallery on a regular basis – both Ceremony for community members, and Ceremony to honour the Spirit of the Indigenous art that is part of the WAG collection. Indigenization at the WAG is also policy development. Director & CEO Dr. Stephen Borys is very supportive of the repatriation research that’s ongoing as part of the Gallery’s provenance policy. And lastly, it is very important to always consider the land we are located on. For the WAG, it is Treaty 1 territory. The Indigenous Advisory Circle, which has done such important Indigenization work at the WAG predating my time here, is going to explore how we can best incorporate the territory into our policies, practices, and art. I’m very excited to be working with the Circle and the chairs Dr. Julie Nagam and Dr. Heather Igloliorte.

To me personally, Indigenization means creating a safe, welcoming, and inviting space that the Indigenous community wants to be a part of. It also means creating a safe space for non-Indigenous people to learn and ask questions they might have. Indigenization is not only for the Indigenous community, it’s also for non-Indigenous Canadians. We have to all shift our ways of thinking if we want to move forward in reconciliation.

Since joining the WAG, what has your main focus been?

​Since starting in my new role at the WAG, my focus has been to learn. How do the daily operations of the WAG function? What are each department’s priorities? How is Indigeneity already incorporated into the WAG? I’ve tried to be a sponge soaking in all of the information possible. I’m also learning so much about art! It’s really a beautiful place to work and spend my days and I’m very grateful.

It was also a priority to conduct research within the Indigenous community in Winnipeg about any thoughts, feelings and perspectives of the WAG. The research project is now complete and I have a good sense of what is needed. The research has created a solid starting point to develop strategy and programs.

How do you view the WAG’s role as a leader in creating spaces for Indigenous arts and artists?

​The creation of the Inuit Art Centre is a clear demonstration of the WAG’s leadership in creating spaces for Indigenous Art—a big beautiful building is being built to showcase Inuit culture! The development of the Inuit Art Centre on Treaty 1 Territory is a bold move since Inuit art isn’t from this territory. However, the WAG is doing it in the right way, by consulting with both Inuit and Treaty 1 Indigenous groups about the best way to move forward.

Why is this work important to all members of our community, not only Indigenous peoples?

​Indigenization of spaces and places isn’t just for the Indigenous community, it’s also for non-Indigenous people. We have such a beautiful culture, the teachings I’ve received throughout my life from Elders focus on equality and love for every living being. I know it sounds idealistic, but if we as a society can live in balance with the earth and each other, think of what a great place the world would be. When envisioning Indigenization I sometimes try to imagine how Canada in the year 2020 would look if colonization of Indigenous people in Canada hadn’t happened. What if the government and churches hadn’t tried to control and eradicate Indigenous culture and people? What if we had all lived together from the beginning, how would Canada look today? I keep this idealistic view of a non-colonized Canada in mind when thinking about how to Indigenize the WAG.

What are some of your favourite experiences in your time here?

A highlight of my time at the WAG so far has been the Decolonizing Lens series. It’s been in existence long-before my arrival thanks to the hard work of Jaimie Isaac, Jocelyn Piirainen, and others at the WAG, and I’m very fortunate to be on the planning committee.

Decolonizing Lens is a film screening and discussion series that the WAG hosts in partnership with the National Centre for Truth and Reconciliation and the University of Manitoba. It’s free to the public and we feed everyone delicious food from local Indigenous caterers, Feast, before the film screening in Muriel Richardson Auditorium, followed by a discussion panel.

Most recently, we screened Invasion, a documentary on the Wet’suwet’en Nation’s fight to protect their territory from a natural gas pipeline that is scheduled to be built. At the time, the railway blockades and demonstrations that were happening across Canada were really dividing the country. Two days before our screening the CMHR and RCMP headquarters were vandalized and fear and conflict were really gripping Winnipeg in a way that I hadn’t seen since the heartbreaking deaths of Tina Fontaine and Colten Boushie.

The night of the screening began with a private smudge and prayer with our panelists and the planning committee. We had an Elder give a blessing before the screening. The auditorium was at capacity even though we only had a few days of marketing, it was so amazing to see such a diverse audience in attendance in light of the polarizing issue that we were going to discuss. Everyone was respectful and there to listen to the words of the Indigenous panelists. The night ended with a standing ovation for a young activist who is on the frontlines of the conflict in northern BC following her powerful message of love. It was a night I will never forget.

The WAG has a unique opportunity to educate. I’ve found that Indigenous-themed events at the WAG are some of the most well-attended and most popular. It really speaks to the open mindedness of the WAG’s supporters in their desire to learn about Indigenous cultures. As an Indigenous woman I feel extremely hopeful and optimistic that the WAG can really bridge the gap between Indigenous and non-Indigenous Canadians and do the important work to move reconciliation forward.

The exhibit is reclaiming space for a community often shut out of the art world. Over the past month, CBC Arts and CBC Indigenous have collaborated to bring you stories — and...

The first day I started as the Assistant Curator of Inuit Art, myself and Lisa Charleyboy (the new Manager of Indigenous Initiatives) were given the...

ICYMI: Shame and Prejudice: A Story of Resilience

From one of Canada’s most recognized contemporary Indigenous artists, Kent Monkman, the WAG presented Shame and Prejudice: A Story of Resilience until February 2020, which...

On view at the WAG until spring 2020, and curated by Jaimie Isaac and Jocelyn Piirainen, the exhibition subsist explores perspectives on the environment, globalization...

Learn to make bannock with WAG Manager of Indigenous Initiatives, Julia Lafreniere. She’ll guide you through making some Auntie and Kookum bannock! Follow along with...
COVID-19 Update