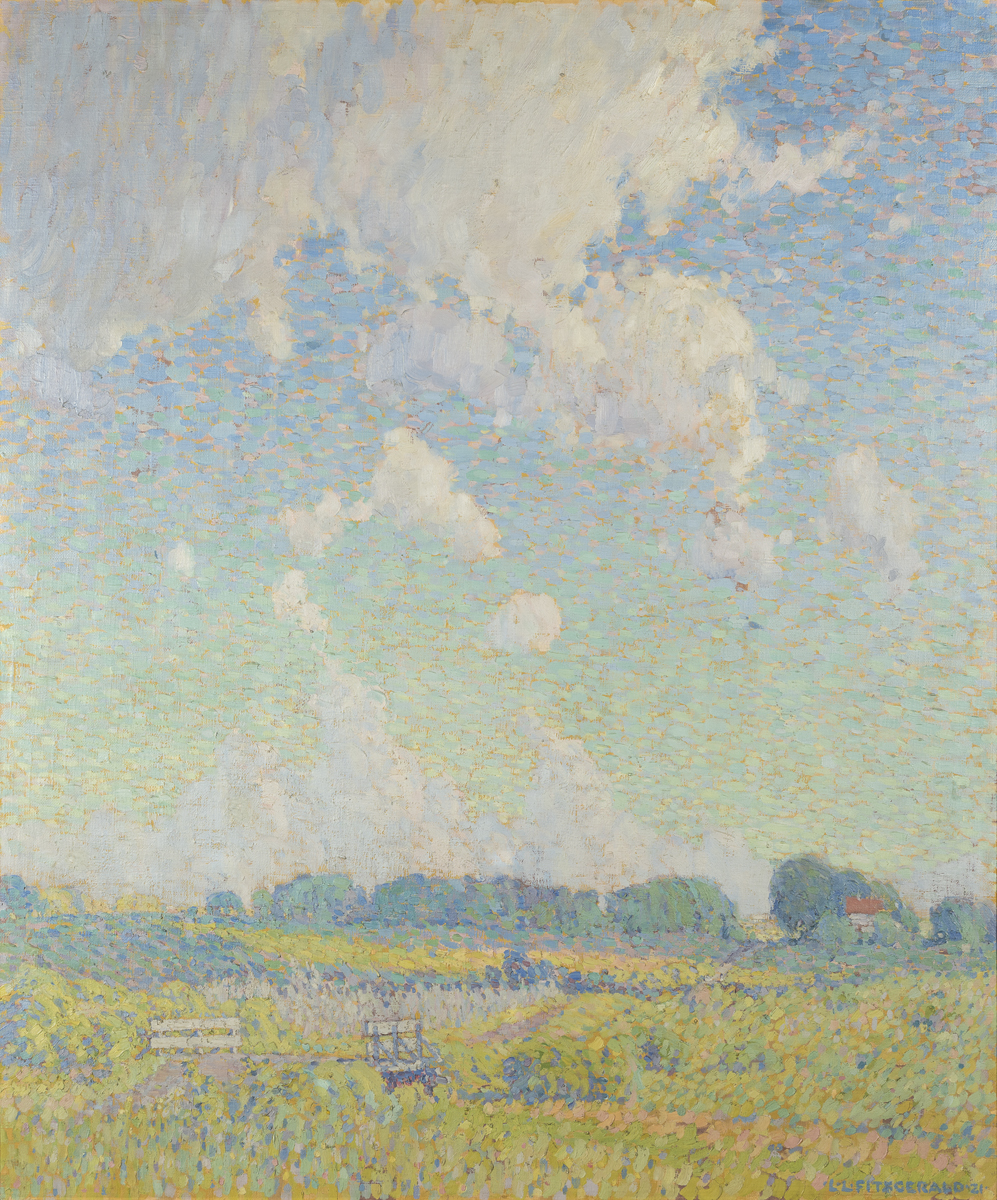 Into the Light’s time at the WAG is nearly at its end, with Labour Day (September 7) being the last opportunity to view it. As you will discover when journeying, Lionel LeMoine FitzGerald’s work is an ode to detail. Out of a leaf, a cloud, or late afternoon light, he constructed rich and sensory images. Whereas the only Western Group of Seven member was known for his vast prairie landscapes that seem wholly untouched by humans, he also painted quiet moments in which nature and urban life intersect.

His depictions of early 20th century Winnipeg shine a bright light on our city’s past. Through his art, FitzGerald captured landmarks in his St. James neighbourhood of Lyle Street, now known as Deer Lodge Place, and in doing so, preserved ordinary buildings from the 1920s and 30s that no longer exist in their original forms.

Today, FitzGerald’s Winnipeg seems laced with nostalgia. When we consider works such as Doc Snyder’s House and Williamson’s Garage, we may ask ourselves: who was Doc Snyder? Who was Mr. Williamson, and who were they to FitzGerald?

The artist’s paintings and sketches provide an entry point for learning about his time through the characters and structures that surrounded him. Our history is not only the great pivotal moments we learn about in school, it is also the lives of our neighbours, our families, and the physical traces we leave behind.

While discovering the exhibition, you may recognize a street corner or a particular grove of trees and feel compelled to learn about Winnipeg through the lens of FitzGerald’s work. He may not have realized that by honing in on his immediate surroundings, he was presenting future generations with an opportunity to get to know our city’s evolution, and more deeply understand the qualities and challenges it presents today.

In an uncertain time when our view on the world is often limited to the windows of our homes, we can follow FitzGerald’s path and learn to value the overlooked and underappreciated universes in our own backyards.

For Into the Light, the illustrated exhibition catalogue accompanying the exhibition, Geoffrey James spent two days photographing FitzGerald’s home and neighbourhood. The following is an excerpt from his essay:

“FitzGerald, of course, was out of the mainstream simply by virtue of living in Winnipeg […]. He was a somewhat solitary and intensely local artist—the source of many of his most important paintings was his own backyard, or those of his neighbours. […] FitzGerald’s neighbourhood is a twenty-minute bus ride from downtown Winnipeg along Portage, a classically nondescript street whose chief visual interest is in the tidal marks of the city’s successive immigrant waves. In the neighbourhood abutting the small enclave where FitzGerald lived, Portage has a pierogi shop, a tapas bar, and Odin’s Tattoo parlour. […] Wandering in this modest enclave, with its unspectacular architecture, its solid domesticity, I could only marvel at FitzGerald’s clarity of purpose, his dogged ability to make something lasting and memorable out of what for almost everyone else would be the humdrum environment of the everyday.”

In addition to our Director’s Daily Art series on our social media channels, here’s another way to take in some of our collection! See old...

What better way to learn about the WAG collection and express your creativity than by colouring some of our favourite pieces! Lisa Mendis, WAG Studio...
COVID-19 Update