The North IS the future of Canada… 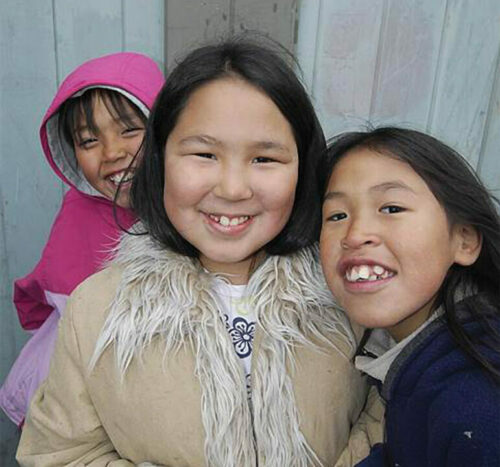 “The North IS the future of Canada in countless ways” is the key takeaway from the Report of the Special Senate Committee on the Arctic, released in July.

The WAG has been eagerly awaiting this report as it lays out a path to create meaningful opportunities in the Arctic, and we want to ensure the WAG Inuit Art Centre always aligns with Arctic needs.

The report also underscored Canada has work to do in addressing the many issues facing the daily lives of Northerners such as health, economy, housing, education and climate change. The WAG is collaborating with partners to create programs that can address some of these issues, while ensuring Inuit are always leading these efforts.

Youth Programming
The report highlights the Arctic as Canada’s future, and Indigenous youth its greatest asset. The WAG Inuit Art Centre will provide hands-on training opportunities for youth, which can take place at the WAG, or in people’s home communities. Plans are to host virtual exhibitions for schools across the North, offering training in cultural studies for Inuit youth with the goal of building capacity with our partners.

The report calls on the Government of Canada to recognize the Arctic requires greater attention, investment and consistent support, and to empower Northerners to create their own programs and initiatives. The Government of Nunavut has entrusted the WAG with the 7,300+ pieces in its fine art collection, now on long-term loan. Using the collection, Nunavut and the WAG are working in partnership to create programs that will support arts and heritage workers, and artists in the North.

The WAG is a partner with the University of Winnipeg and Concordia University to bring more Inuit into careers as arts workers, with training to be offered between Winnipeg and northern communities.

Art & Culture
There are 13,000 Inuit artists living and working in Canada and in the North. Their voices are leading the way to reclaim cultural practices, and strengthen autonomy and economy with community-based efforts to heal from the legacies of the past. New Inuit media and broadcasting: TV, film and books are developing to protect language, share Elder knowledge and document artists and their work. The WAG Inuit Art Centre looks to amplify these voices by being a place where all Inuit feel welcome to share their culture with the world. In the inaugural exhibitions, you’ll come face-to-face with emerging artists who are telling their stories using new media such as film. We look forward to introducing new artists and audiences.

The Senate report noted the WAG Inuit Art Centre’s plans, enabling “peoples from North and South to meet, learn and work together.”

Thank you, Senate Committee, for hearing Inuit needs and concerns. We look forward to helping as we can.

This raffle has now ended. Congratulations to our winner Nick Logan! Big thanks to Ashoona Studios and everyone who purchased a ticket.

Take a tour through Rosalie Favell’s Family Legacy with the titular artist through the video below! Using photographs, lenticular imagery, and paintings, contemporary artist Rosalie Favell...

How to enjoy the art at WAG-Qaumajuq

Art galleries shouldn’t be intimidating! You don’t need any background knowledge to enjoy the art on display here. All sorts of people visit WAG-Qaumajuq each...

WAG-Qaumajuq unveiled a landmark new sculpture by Inuit artist Abraham Anghik Ruben this week outside of Qaumajuq. The stone carving, titled Time to Play, is...
Plan Your Visit