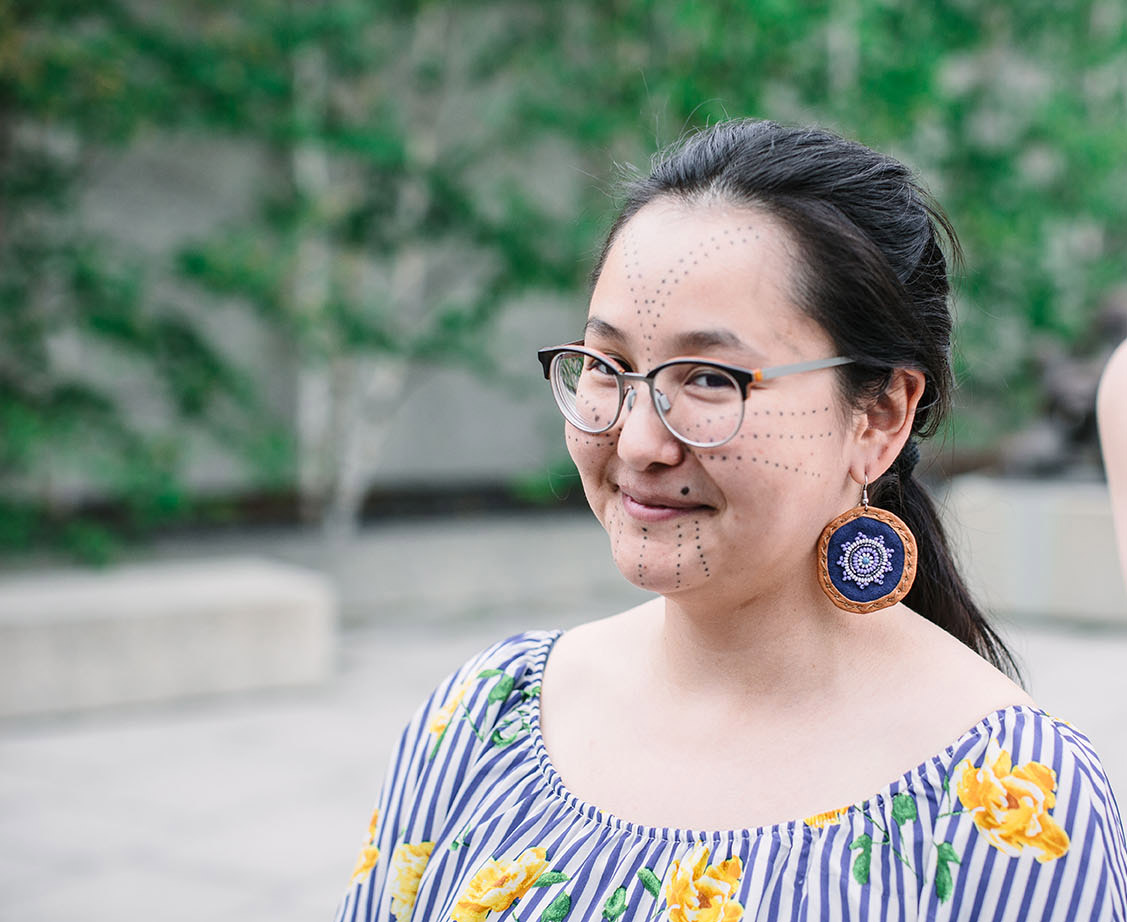 Passion for curating
Asinnajaq was thrilled when Heather Igloliorte, lead curator, asked her to be part of the all-Inuit team. “I thought it was a great idea, and I was touched she thought of me.”

“I first started curating with film programming.” Asinnajaq says, describing the experience of co-founding and programming a film festival called Tillitarniit; meaning ‘it is said to happen from time to time’ which is a characteristic Inuit way to begin a story. The Montreal festival celebrates Inuit art, film and culture. “It was about sharing films and being together. One of the important things to me about being an Inuk is eating together, being together, and playing games together.”

She was recently invited by Isuma, an artist collective and Canada’s first Inuit production company, to curate their retrospective of 30 years of video art. Isuma was invited to represent Canada at the Venice Biennale, and asked Asinnajaq to be one of the curators for the show.

Asinnajaq appreciates the importance of art and curating in her life: “Amazing artwork has always been one of the biggest influences in my life, and I hope to do more curating in the future with performance artists, and filmmakers.”

Grounded in Nunavik roots
Asinnajaq is empowered by Inuit knowledge gained in her early childhood, and is proud to represent Nunavik, homeland of Inuit in Quebec, in curating INUA. “My sense of self, and where I feel grounded in the way I move myself through this world comes from Nunavik. It’s what I know best. It’s where my family’s from.”

“But, I’m also Urban.” Asinnajaq is also honored to represent an urban Inuit voice, and brings this perspective to her role as a curator for INUA.

We all shape the world
“I have an incredibly encouraging family. My parents taught me at a young age that my actions can make a difference. They gave me the tools to create change,” Asinnajaq says. Along with her grandmothers’ guidance, her early childhood experiences showed her that “knowing the way the world is, isn’t how it has to be. You can do something if you see something needs to change.”

“The social structures and the way we work as humans is molded by us, so it makes sense we can change it. We all mold the world.”

“I hope to give people something enriching to help them on their journey of being the best person they can be.” She hopes that after seeing the show, visitors will find a way to express themselves and their ideas in many forms. “Good artwork gives me a tool, no matter how small, to help me on the journey.”

“One of the amazing things about art is its power to communicate and transfer knowledge and feeling.” She hopes that when visitors see the artwork at INUA they will “learn something they hadn’t known before and feel an emotional connection.”

“You’re trying to connect people. I want them to understand what the artist was feeling,” Asinnajaq further explains. “Sometimes seeing that someone else had a similar experience, you’re given a whole new perspective. I want the visitors to feel heard in their own experience.”

Thank you for creating these opportunities for connection and expansion between people and art. Thank you!

One response to “Asinnajaq’s Powerful Voice”

INUA is the inaugural exhibition of Qaumajuq, the new Inuit art centre at the WAG. See work by over 90 Inuit artists working across Inuit Nunangat and beyond.

In the lead-up to the opening of the Inuit Art Centre in a few short months, we are continuing to share content celebrating this new...