Greg Payce
Dec 18 '21 Apr 10 '22
This sculptural installation by contemporary Canadian ceramicist, Greg Payce is an exciting new acquisition to the WAG’s permanent collection generously gifted to the Gallery by the artist.

The title, “Orrery”, references the popular astronomic mechanical model used to represent the positions, motions, and phases of the solar system. Here, the artist has borrowed the circular, mobile aesthetic of a traditional orrery and adapted the functional mechanized elements to rotate his ceramic pieces in a way that animates the negative spaces between the vessel’s forms. The spatial profiles between each of the twenty-four carefully aligned vessels reveals the outline of male and female bodies in place of the solar planets. 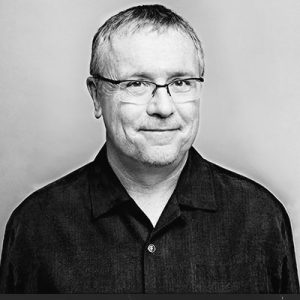 Born in 1956 in Edmonton, Alberta, Greg Payce has been making ceramics for over 45 years. He earned a BFA from the University of Alberta in 1977 and an MFA in ceramics from NSCAD University in 1987. From 1988 to 2015, Payce was a permanent faculty member of the Alberta College of Art & Design in Calgary. 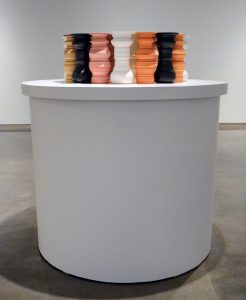 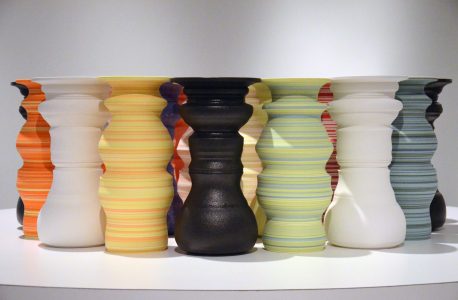 In many communities and nations, Indigenous cultural practices have been pushed underground by colonizing forces. Kakiniit Hivonighijotaa: Inuit Embodied Practices and Meanings highlights the strength and resilience of Inuit culture in the face of intense suppression.