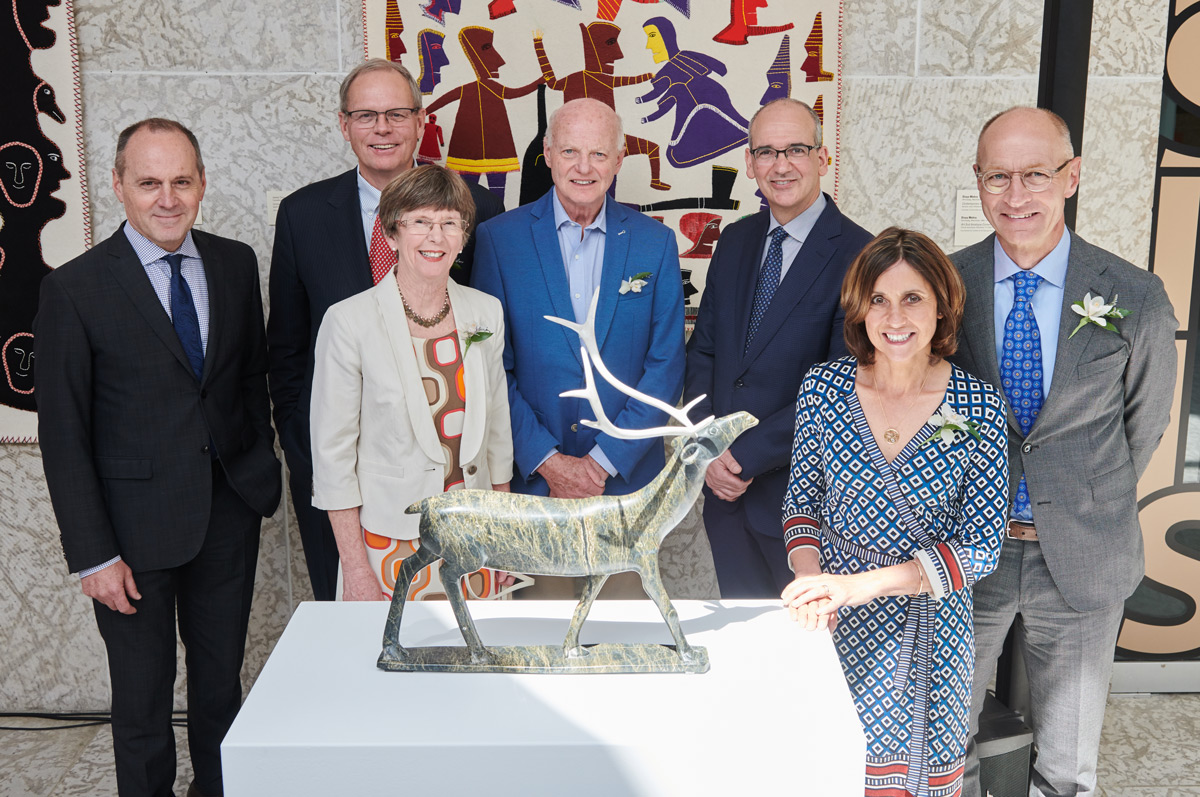 In an announcement made June 12, 2019, The North West Company and its leadership confirmed their support of the WAG Inuit Art Centre with a generous gift totalling $2 million.

Dr. Ernest Cholakis paid tribute to the leadership and vision of The North West Company. “With this commitment, we look forward to helping more people across the country look North, and to understand the peoples who live there, their culture, their art, their history, and their current lives. This gift will provide the capacity to do so. It helps connect North and South so that we can amplify Inuit voices, and ensure Inuit stories are told and heard.”

WAG-Qaumajuq and the Manitoba Teachers’ Society unveiled a landmark new sculpture by Inuit artist Goota Ashoona this week outside of Qaumajuq. Carved from Verde Guatemala...

For me, it’s the best rooftop garden in the city hands down. On a bright spring day, hot summer evening, or fall afternoon, this expansive...
Plan Your Visit