A group of Indigenous language keepers and elders gathered virtually in August 2020 to name the Winnipeg Art Gallery and Inuit art centre buildings, as well as the spaces within.

Dr. Julie Nagam and Dr. Heather Igloliorte, co-chairs of the WAG Indigenous Advisory Circle, provided leadership throughout the initiative. Indigenous languages Inuktitut, Anishnaabemowin (Ojibway), Nêhiyawêwin (Cree), Dakota, and Michif (Metis) will now have a more powerful presence throughout the spaces and welcome visitors to the WAG. Indigenous-focused and Indigenous-led initiatives will be at the heart of this new space and giving the spaces Indigenous names is just the start.

We have included Inuit and Inuvialuit names from each dialect of Inuktitut, and names from all languages of Indigenous peoples of Manitoba. Language keepers provided spellings based on their regional dialects, which may differ from other regional spellings and pronunciations within each language group.

Special thanks to Maxine Anguk for voicing the Inuktitut pronunciations!

Learn more about these names here: 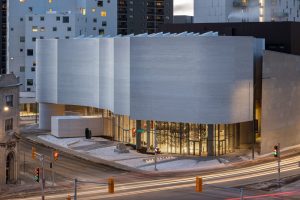 Qaumajuq (formerly the Inuit art centre) is a landmark building in Winnipeg’s downtown and a home dedicated to Indigenous art, culture, and traditions. Our hope is that Qaumajuq will be a cultural hub for the Indigenous community in Winnipeg, allowing artists to gather, youth to learn, and Elders to share. Indigenous-focused and Indigenous-led initiatives will be at the heart of this new space.

Qaumajuq’s mandate has been developed in consultation with the WAG Indigenous Advisory Circle, and now the spaces that surround that mandate have been given by Indigenous Language Keepers. 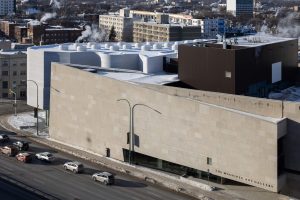 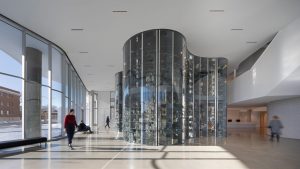 Space: Entrance Hall
Language: Inuktitut (Nunavut)
Meaning: “Our relatives” resonated with people because everyone loved the idea that both the artworks in the vault and the artists who made them are “our relatives” 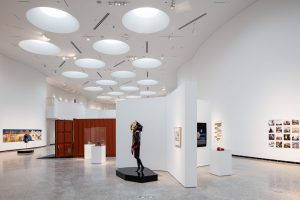 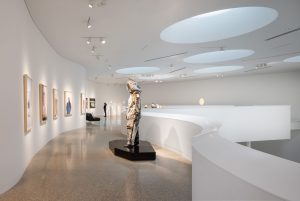 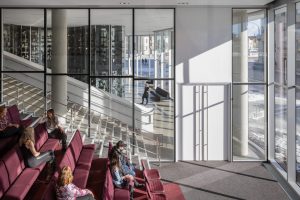 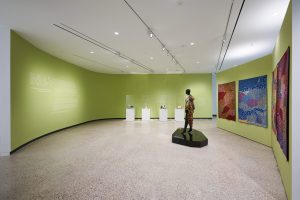 Space: Focus Gallery
Language: Cree/Ojibway
Meaning: Life and the act of living, to be alive 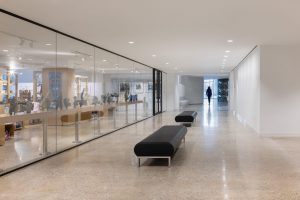 Space: Main floor corridor between the WAG and centre
Language: Dakota/Lakota
Meaning: Denotes an everlasting light no matter what happens and how things may dim the light it is always there and will not go out, meaning the light of life, the light of our way of life/language, the world’s light 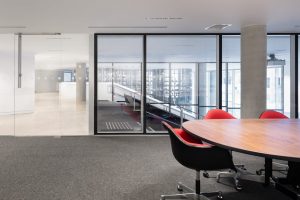 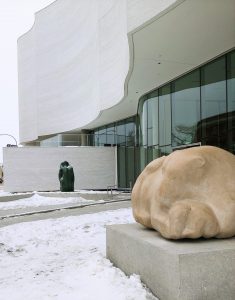 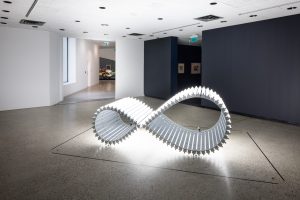 Space: Ground floor classroom / research space
Language: Inuktitut (Nunavut)
Meaning: The foundation of the qulliq, the heart of the home, the stand on which the qulliq is lit; also the name of a constellation (Cassiopeia) 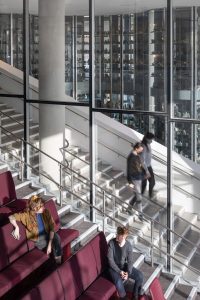 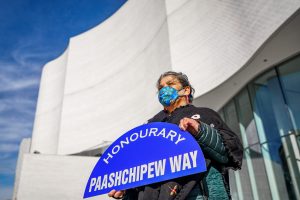 Space: Colony Street
Language: Michif
Meaning: “Natural flowing waters, like a creek or stream that overflows into other branches of natural flowing waters. This name symbolizes cultural continuity, knowledge transmission and relationship building, and our ancestors presence overflowing and moving beneath the surface for us. As it is a buried creek that was named Colony that the street is named after.⁠” 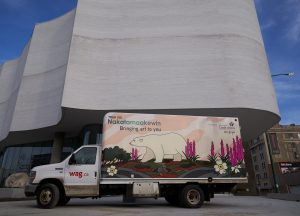 Space: a unique mobile exhibition that will travel across the province to communities and schools for years to come
Language: Michif
Meaning: “to leave something behind”
Symbolic: The artworks in the van will be bringing their teachings and will leave behind knowledge in the different communities it travels to. 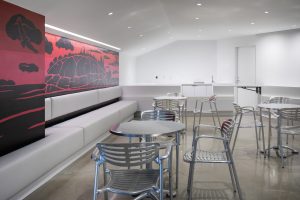 The language keepers represent all four regions of Inuit Nunangat, including the Inuvialuit Settlement Region, Nunavut, Nunavik, and Nunatsiavut. Because the building is on Treaty 1 territory, it was also important to have Anishinaabemowin and Cree speakers, as well as Michif and Dakota speakers present. Winnipeg is located on the unceded territory of the Dakota people and on the homeland of the Metis Nation. The WAG thanks the group for generously sharing their knowledge and time.

This important step in decolonizing the WAG directly references the United Nations Declaration on the Rights of Indigenous Peoples, Article 13:

Indigenous peoples have the right to revitalize, use, develop and transmit to future generations their histories, languages, oral traditions, philosophies, writing systems and literatures, and to designate and retain their own names for communities, places and persons

Language is also mentioned in the Truth and Reconciliation Commission Calls to Action, Number 14i:

Aboriginal languages are a fundamental and valued element of Canadian culture and society, and there is an urgency to preserve them.

Welcome Back!
WAG-Qaumajuq is now open! See our safety measures here.
The Winnipeg Art Gallery is located on Treaty No. 1 the original lands and waters of Anishinaabe, Ininiwak, Anishininiwak, Dakota, and Dene peoples, and on the homeland of the Métis Nation.