Jun 1 '12 Jun 30 '13
Winnipeg Now is a pulse-taking exhibition in which equal weight falls on both words in the show’s title: it is a measure of what art-making looks like in this city in 2012. Whether the artists are living here or away, a spirit of risk-taking and invention permeates the work.

Winnipeg has earned a world-wide reputation as an art-producing centre and artists from here regularly exhibit internationally. Winnipeg Now brings their most recent work home: of the 13 artists in the exhibition, 12 are making new work for this exhibition. Whether it’s the animated model schooner and the technicolour stratosphere of Sarah Anne Johnson’s installation, Guy Maddin’s shooting of a film a day for 4 days on set in the gallery, or KC Adams’s porcelain forest of corporate-lit trees, Winnipeg Now will surprise and challenge audiences with work that hasn’t been seen before. The city’s past is its foundation; innovation is its present.

Historically, the art that Winnipeg’s long-standing reputation rested on was drawing, painting, sculpture, and photography, with celebrated artists like Ivan Eyre, Don Reichert, Aganetha Dyck, Wanda Koop, Eleanor Bond, David McMillan and William Eakin. What the work in this exhibition indicates is that the younger generation of artists has adopted a more hybridized approach to art-making. The result is a collection of work that resists categorical boundaries and combines a number of art practices. Dominique Rey employs photography, video, collage, and even horticulture in her representation of a vanishing religious order of nuns. Paul Butler, who now lives in Montreal, joins video, drawing, writing, and sculpture in an installation that finds a way to record the personal dimensions of his life in a spare and elegant manner. Rodney LaTourelle, who works out of Berlin, will echo in concept and design the interior spaces of the Winnipeg Art Gallery and the inside/outside nature of our urban inhabitation.

Northrop Frye, the Canadian literary and cultural theorist, famously said that the centre is where you are. Winnipeg artists believe that, but they also recognize that there are many points of self-definition inside that centre. Winnipeg Now embodies that richness of identity; its artists articulate issues of sexual and cultural difference. Kent Monkman uses the diorama format of the natural history museum to investigate his own background, just as Michael Dudeck links the conventions of museum display with ritual performance in his role as a queer artist witchdoctor. In a more intimate way, the collaborative team of Shawna Dempsey and Lori Millan will perform unconventional readings from a story-telling corner in the gallery.

Jennifer Stillwell’s large paintings occupy a space somewhere between modernism and cake decorating, while Daniel Barrow’s employment of old technologies to project images onto the walls of the gallery makes him absolutely new. Finally, Marcel Dzama’s fascination with Marcel Duchamp has turned his artful eye towards chess as a subject for art. Watch for the moves of his eleven foot tall turning Queen. Checkmate, all around!

Winnipeg Now will mark a new chapter in the ongoing story about how to make art outside the centre, a story that Winnipeg artists have been telling for over a century. The exhibition takes advantage of time; it builds on a past, in the present, to argue an artful future. Winnipeg Now is curated by Meeka Walsh, editor of Border Crossings magazine, and art critic and professor Robert Enright. 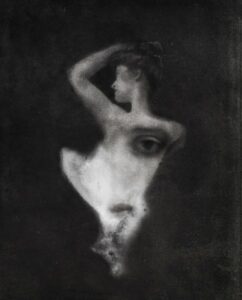 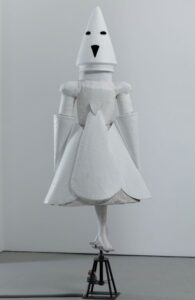 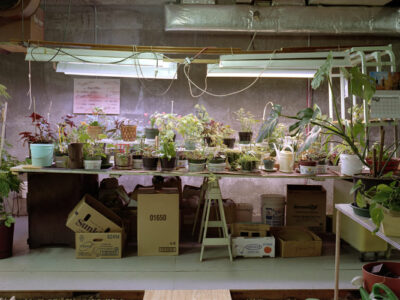 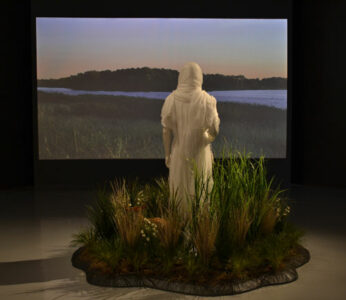 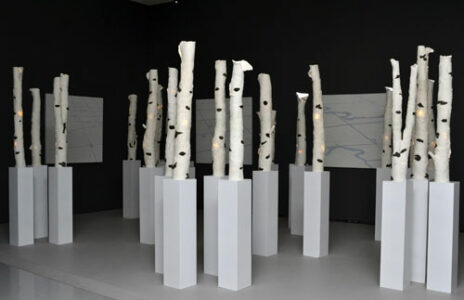 Visitors to WAG-Qaumajuq can experience art before coming inside! Check out the sculptures outside Qaumajuq and the WAG – see works by Goota Ashoona, Abraham Anghik Ruben, Ivan Eyre, and Bill Vazan, all for free!

For 150 years, the Winnipeg Free Press has remained a staunchly independent news source and now, in celebration of this historic anniversary, Headlines: The Art of the News Cycle, explores the news and how we consume it.

View All
Plan Your Visit