Scherman is a master of the ancient encaustic technique – mixing hot wax with pigment. He confronts both world history and art history, often utilizing stills and close-ups to achieve powerful results. Drawn from the WAG and private collections, this group of paintings spans the last 40 years of the Scherman’s career, highlighting important donations to the Gallery from Ian and Catherine (Kiki) Delaney, and the artist himself.

Works from the Exhibit 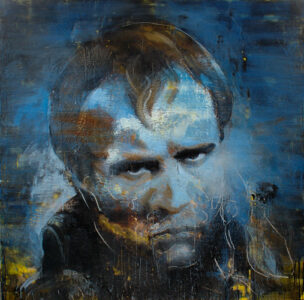 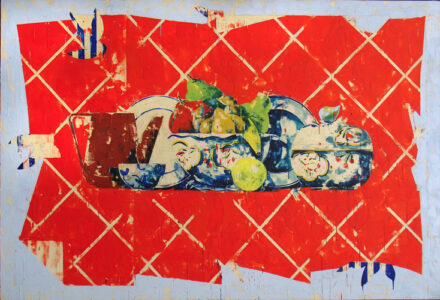 Born in Canada, Tony Scherman spent his childhood and young adult life in Paris, Europe, and then London. His father, Paul Scherman, was a professional conductor and violinist in Canada and overseas. In 1974, Scherman received an MA from the Royal College of Art in London, and returned to Toronto in 1976. Over the past 30 years, portraiture has become a primary subject matter for the artist, and he works exclusively in the wax and pigment encaustic technique. He remains one of the leading figurative artists of his generation.

Scherman has had more than 100 solo exhibitions across Canada, the United States, Europe, and China, and has been celebrated in numerous group exhibitions internationally. Among the earliest was The Human Clay, curated by artist R.B. Kitaj in 1976 for the Hayward Gallery in London, England. The Human Clay toured public galleries in the UK and Belgium.

Presented with the generous support of

The accompanying exhibition catalogue is made possible through a generous gift of Malcolm Wells, B.Sc. (Hons) M.Sc. MD FRCP.

Step into the swirl of conversations between icons of history in the form of monumental multi-faceted portraits. Tony Scherman: Heroes, Ghosts, and Dreams is a stirring collection…

Storytelling is one of the most important aspects of Inuit culture, passed down by elders through generations to enrich and enlighten.

Porcelain, Silver, and Master Drawings at the WAG

The Decorative Arts have been, and continue to be, an important component of the Winnipeg Art Gallery’s collection and exhibition activity.

View All
COVID-19 Update
Due to the pandemic, WAG-Qaumajuq is closed until August 7, 2021. ShopWAG is now open for in-person shopping. Learn more
The Winnipeg Art Gallery is located on Treaty No. 1 the original lands and waters of Anishinaabe, Ininiwak, Anishininiwak, Dakota, and Dene peoples, and on the homeland of the Métis Nation.