Starting with Rodin brings together nearly 30 works of art from the Winnipeg Art Gallery’s permanent collection to reflect on the looming presence of Auguste Rodin (1840-1917) in art history, his adaptation of earlier classical themes, and impact on later modernists.

The exhibition celebrates several recent donations to the Winnipeg Art Gallery, chiefly the French sculptor’s major bronze Danaïd (1889-90) from the Salgo Trust for Education, New York. Danaïd was initially modeled for inclusion in Rodin’s monumental Gates of Hell (1880-1917), but ultimately was left freestanding and unincorporated. The bronze depicts, with a frank eroticism that is still shocking, a femme fatal who, according to Greek mythology, murders her husband.

Guest Curator Dr. Oliver Botar, Professor of Art History at the University of Manitoba and Curator of the Salgo Trust for Education. 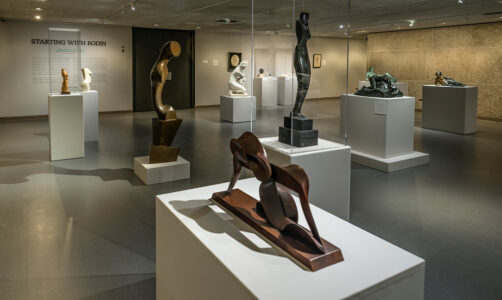 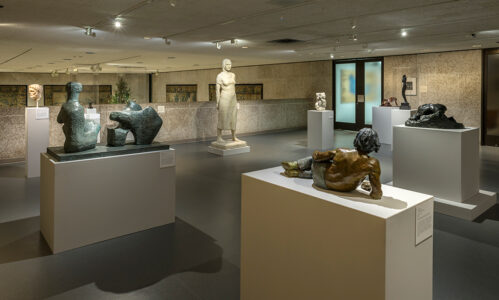 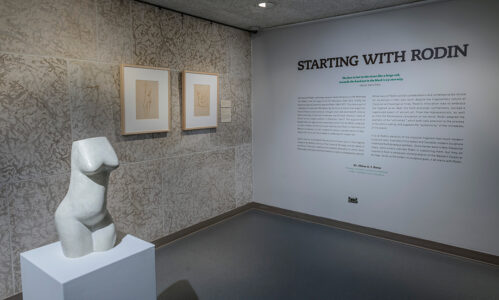 To Play in the Face of Certain Defeat

To Play in the Face of Certain Defeat is a celebration of diversity and an urgent call to action around issues of racial marginalization. Artist Esmaa Mohamoud explores the ways in which Black bodies at once appear—and yet are rendered metaphorically invisible—within the spaces they navigate.

In many communities and nations, Indigenous cultural practices have been pushed underground by colonizing forces. Kakiniit Hivonighijotaa: Inuit Embodied Practices and Meanings highlights the strength and resilience of Inuit culture in the face of intense suppression.

The first impressions of the enormous works in Wanda Koop’s View from Here are starkness and intensity. The evocative paintings feature prominent landscapes composed within the bald outline of a face, erasing the comfortable familiarity we have with both landscape and portrait.