at WAG-Qaumajuq
Jan 27 May 12 '23
Starts at 7pm
Join us at our new music & art program, Sounds of Manitoba, featuring year-long informal performances by Manitoba musicians in our gallery spaces.

Bring your friends to enjoy the art, cash bar, and live music by local artists!

The Sounds of Manitoba program has been generously sponsored by Leon A Brown Ltd, in honour of Ruth Anne Shnier. Special thanks to our promotional partner, Manitoba Music. 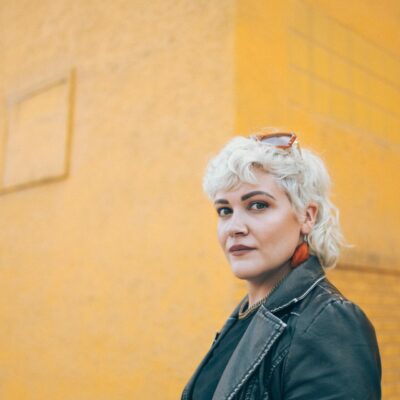 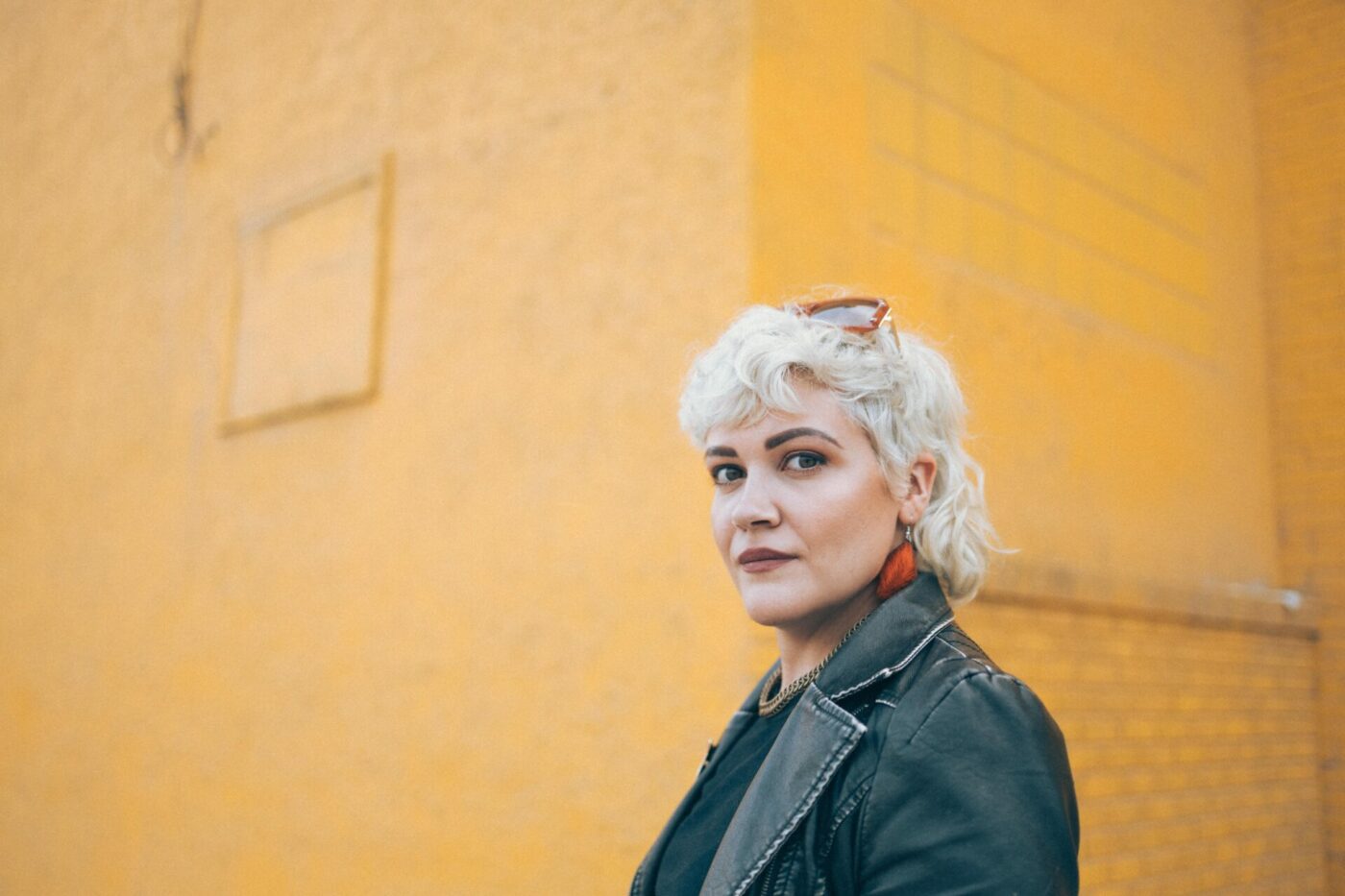 Entering the music industry at a young age can have profound effects on an artist’s personal and professional journey, and Sierra Noble knows this well. The Winnipeg singer-songwriter, multi-instrumentalist, and producer, released their first album of traditional Métis fiddle music as a teenager, followed by the well-received Possibilities, and later, City of Ghosts. Over the course of these albums Noble honed their skills as a songwriter while garnering widespread attention, which led them to opening for Paul McCartney, Bon Jovi, and Johnny Reid, and as a featured performer for the 2010 Winter Olympics Opening Ceremony. Noble’s original music has been included in TV shows such as One Tree Hill, Switched at Birth, and Parenthood, and in films such as CBC’s Humboldt: The New Season, 40 Weeks, and Fostering Hope.

“Let Me Out of Here” is the first single from the new Sierra Noble. In its crystalline melodies and epic poise, Noble sings of smiling through teeth in response to the unwelcomed opinions and judgments of others. But they know what they need – freedom to follow their path and be released from all that’s kept them down – and the song’s title is their powerful declaration of that 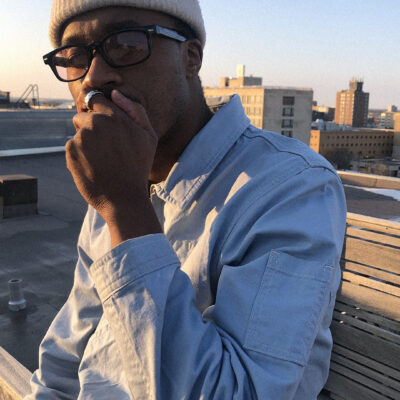 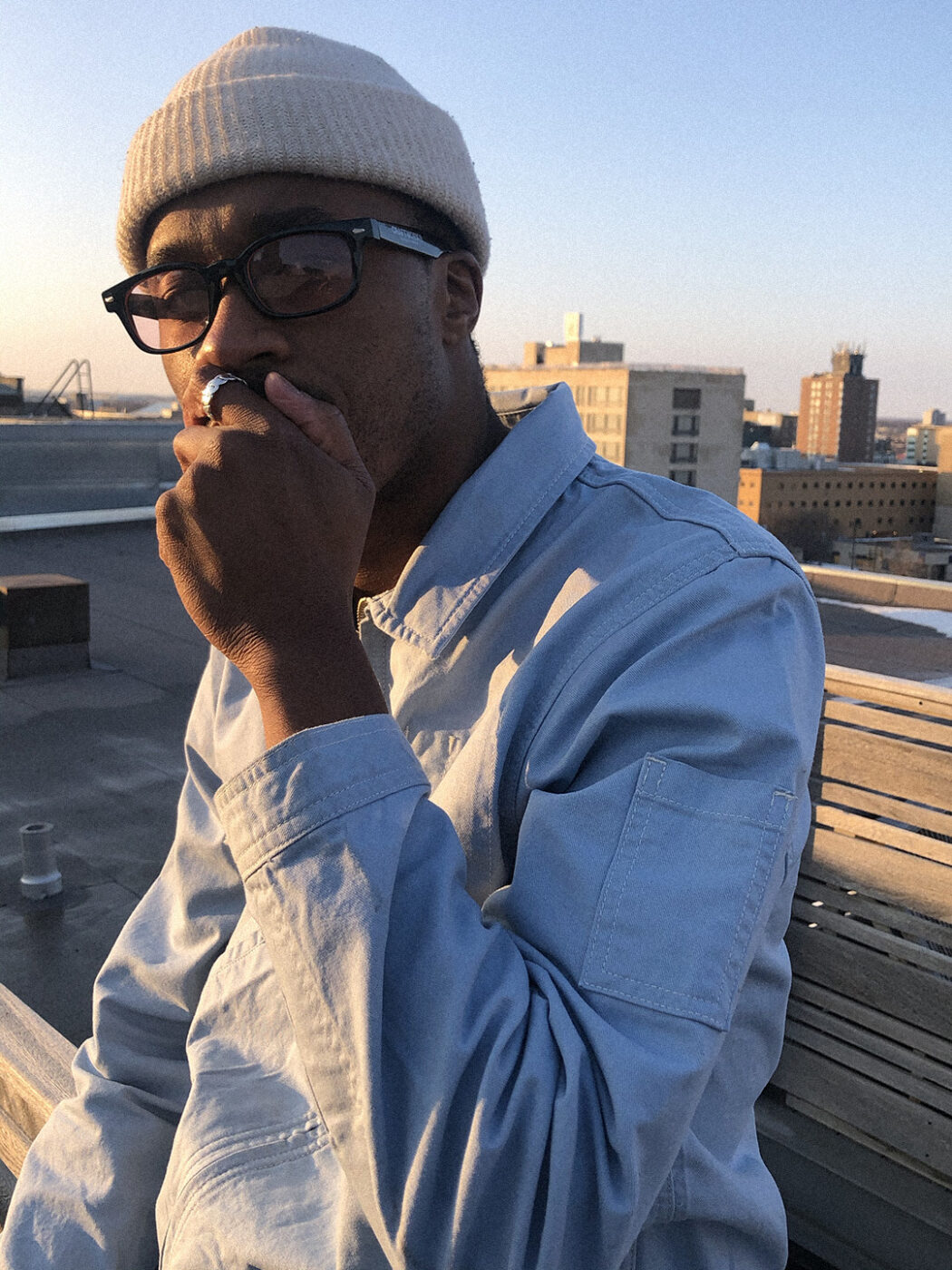 Anthony OKS is a music artist, poet, and selector from Winnipeg, Manitoba who decorates his DJ sets by densely packing them with music from an abundance of cultures, languages, and genres from around the world. OKS’ soul and dance-heavy sets always make for an enjoyable experience. 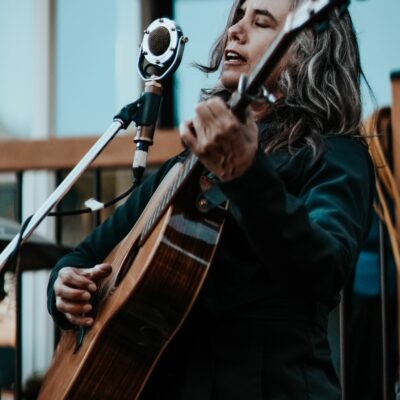 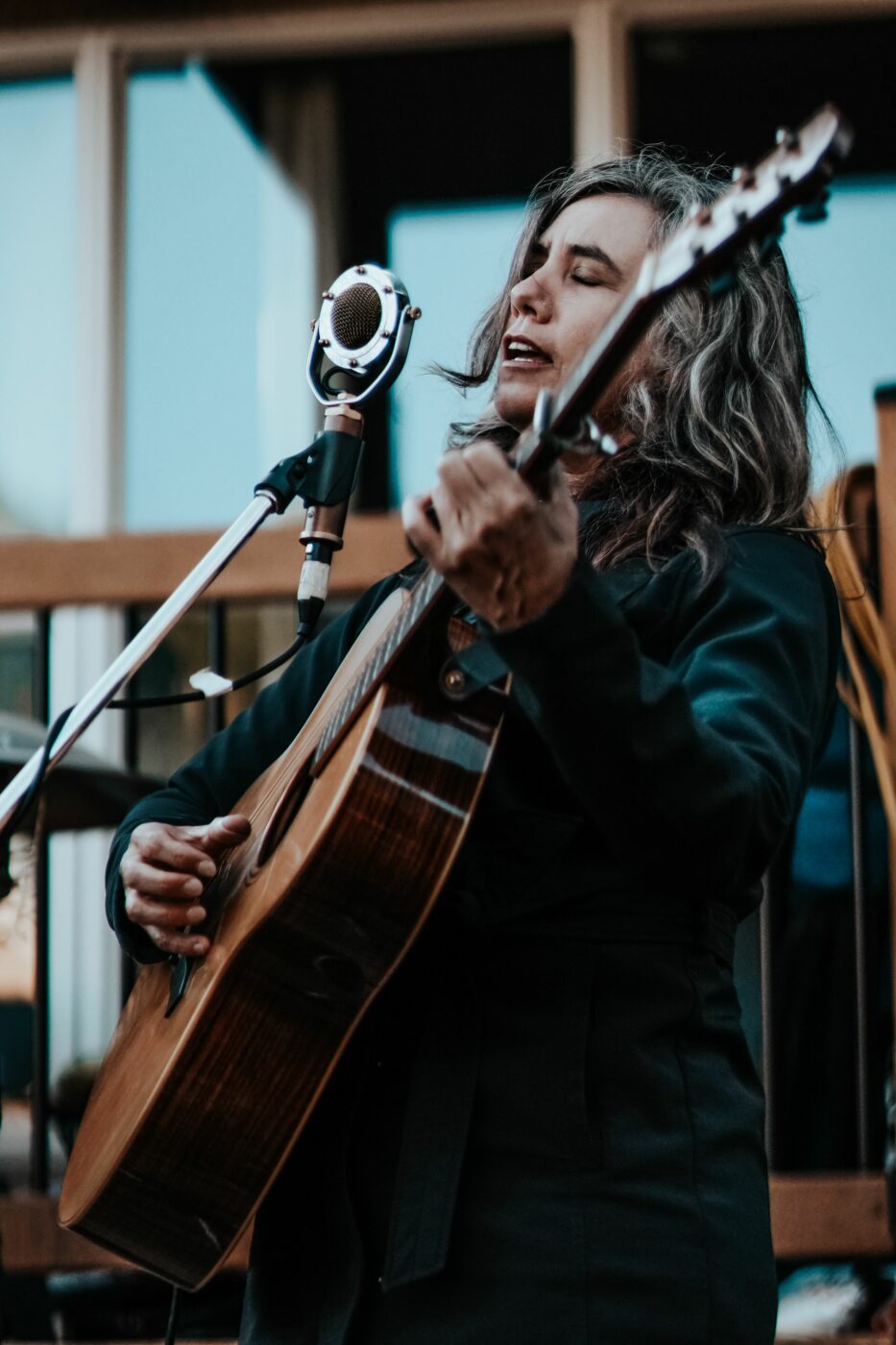 Juno award winning singer-songwriter-guitarist extraordinaire Cara Luft is that rare artist steeped in folk and traditional roots music almost from birth, yet willing to alter the fabric, stretch the boundaries and fearlessly bend genres and styles. Her much-anticipated third solo album, Darlingford, is a stunning new collection of songs drawn from her recent life experiences and informed throughout with her indomitably optimistic spirit and impeccable musical instincts. Recorded primarily in old wooden churches and home studios across the Canadian prairies, the album shines a bright light on Cara’s skill at turning personal heartbreak into universal themes that resonate deeply with listeners. Darlingford is a musically profound, undeniably rich example of life informing art.

Folk heroine Luft deserves her solid reputation as one of Canada’s finest live performers whose engaging, down-home style comes wrapped in a warm and delicious sense of humour. A co-founder of folk trio The Wailin’ Jennys, Cara was the spark behind the group. Her spirit and innate musicianship were instrumental in their rise to the forefront of the North American roots music scene. Since leaving the trio, Luft has wowed audiences and critics across North America and Europe with her performances.

Her critically acclaimed album The Light Fantastic, recorded following her departure from The Jennys, drew praise from across North America, Europe and the UK. Wildy’s World proclaimed, “you don’t want to be without this disc.” Americana UK declared her “a consummate performer.” Popmatters.com noted, “Cara’s warm alto vocals are sinfully sweet,” and added, “Luft is the perfect blend of lightness and gutsy rock chick.” The response to Darlingford is even stronger. The Globe & Mail stated “it can’t be done, so don’t even try to turn away from the affecting insistence of Luft,” while Beatroute Magazine called the disc “the strongest and most interesting release that Luft has put out yet, either as a member of the Wailin’ Jenny’s or as a solo performer.” No Depression raved about the album, saying “Cara knocks our socks off with her best recorded work to date,” calling her “a formidable songwriter and performer, setting the bar for the talented few who’ll follow in her footsteps.” Cover Lay Down declared the disc “a tour de force of contemporary folk.” The American blog Adobe and Teardrops wrote, “Darlingford really is that excellent,” with only one complaint: that Cara was Canadian and not American, stating “we can’t claim her as a national treasure.”

Darlingford took the top Canadian album spot on the international FolkDJ playlists for the summer of 2013, with Cara capturing the #1 Canadian top artist spot. She was a semi-finalist in both the International Songwriting Competition and the Unsigned Only Competition, and won the Galaxie Rising Star award.

Luft is clearly at home on the stage, and invites audiences into her world with a rare and endlessly appealing confidence and humility. Reviewers of Cara’s live shows talk about her superb musicianship, her humorous anecdotes, her ability to switch between styles, her accomplished songwriting, and the charm of her stage presence. Cara’s the real deal, there’s nothing pretentious about her. And that sense of honesty, integrity, personality and spontaneity permeates both her music and her live shows. “Long may she reign!” (Lonesome Highway) 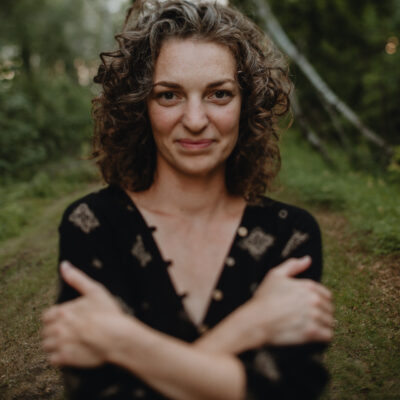 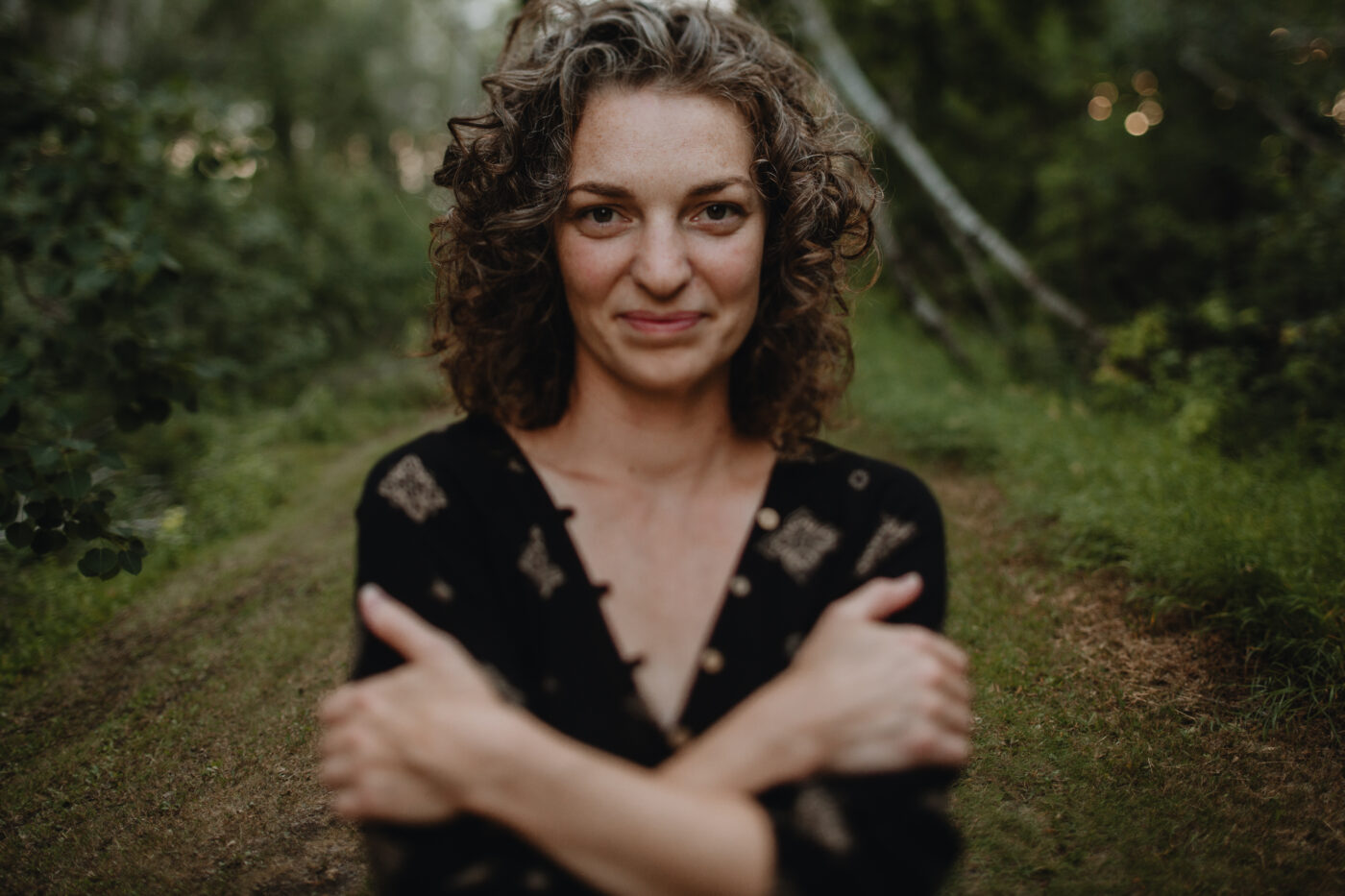 There is nuance in the everyday; in its layers of love, joy, and hurt, and in its emotional currents ever present. Erin reaches into the everyday and blurs the edges, creating works that are at once deeply personal and achingly relatable. These are songs that take it all in, that read between the lines, that hear the subtext, that feel it, that say it out loud.

Her voice rings true with nuance and power, with rare clarity and precision. It is a tool of exacting expression, expertly honed. It reaches in to resonate; calling the listener inside, sounding the overtones of our shared experience.

Erin’s debut album Courage, My Love (2012), written and produced with long-time collaborator Larry Roy, was met with praise and acclaim. The recording won Best Jazz Album of the Year at the Western Canadian Music Awards (2013), and a Juno nomination in the category of Vocal Jazz Album of the Year (2014). Their second effort, We Want All the Same Things (2021), received worldwide recognition, hitting CBC’s list of top jazz albums of the year and earning a WCMA nomination. Erin can do it all, from charming intimate jazz club sets, to moving concert hall performances, and key arts organizations have taken note. Erin has performed with the Winnipeg Symphony Orchestra, the Winnipeg Jazz Orchestra, and has opened for Gretchen Parlato at the Winnipeg International Jazz Festival. 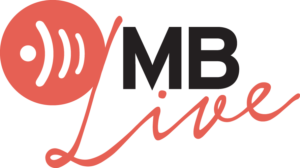