Presented in conjunction with The Alloways’ Gift, this exhibition reflects on this history through the lens of Favell’s family lineage in the Red River settlement, which dates back to before 1700s. 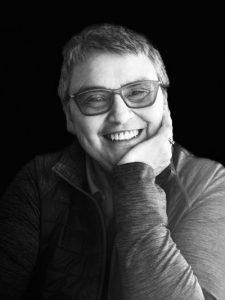 Ottawa based Rosalie Favell was born in Winnipeg, Manitoba. Drawing inspiration from her family history and Métis (Cree/English) heritage, she uses a variety of sources, from family albums to popular culture, to present a complex self-portrait of her experiences as a contemporary aboriginal woman. To date Rosalie’s work has explored the relation of photography to issues of identity. A major body of recent work, Facing the Camera (2008-2018), is a large document of 500 portraits of Aboriginal artists. 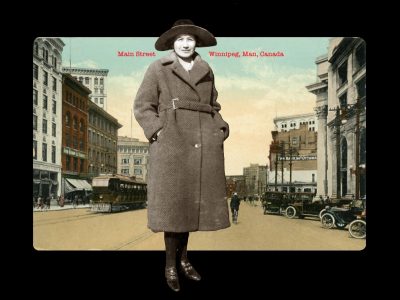 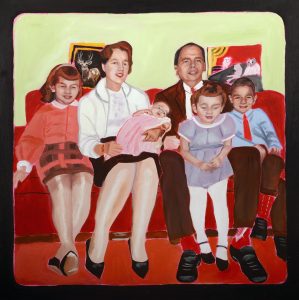 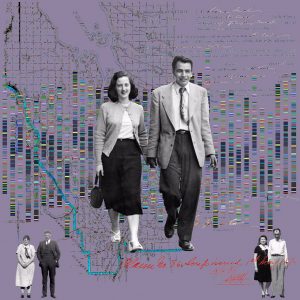 Fingerprint Family Tree Art Activity Create the leaves on a tree with the fingerprints of your family members to make a Family Tree! Materials: Large…

Take a tour through Rosalie Favell’s Family Legacy with the titular artist through the video below! Using photographs, lenticular imagery, and paintings, contemporary artist Rosalie Favell…

The Story of the Flower Beadwork People with Jennine Krauchi

Watch world renowned Metis artist, Jennine Krauchi share a journey of the history of the Metis, our ancestors, and the truly amazing rebirth of our…

Robert Houle is one of the most influential First Nations artists in the contemporary art world. Robert Houle: Red is Beautiful features over 90 large installations, paintings and drawings created between 1970 and 2020.

For 150 years, the Winnipeg Free Press has remained a staunchly independent news source and now, in celebration of this historic anniversary, Headlines: The Art of the News Cycle, explores the news and how we consume it.

Visitors to WAG-Qaumajuq can experience art before coming inside! Check out the sculptures outside Qaumajuq and the WAG – see works by Goota Ashoona, Abraham Anghik Ruben, Ivan Eyre, and Bill Vazan, all for free!