Library of Babel - A Retrospective

Jan 22 May 15 '22
Cliff Eyland: Library of Babel – A Retrospective celebrates the life and work of the late Canadian artist, curator, writer and educator, Cliff Eyland.

The exhibition mixes more than one thousand of Eyland’s signature three by five-inch paintings and drawings with videos, photographs, digital prints, and selected archival documents to explore his ambitious forty-year career.

The short stories of Argentine writer, Jorge Luis Borges, and his postmodern literary devices were an early influence on Eyland’s art. The Library of Babel retrospective is organized around a conceptual framework inspired by Borges’ metaphorical concept of the library as the Universe, described as both vast, infinite and ultimately unknowable, in his popular short story The Library of Babel.

From the start, his art practice was always closely associated with books, libraries and librarians. The investigation of Eyland’s lifelong obsession with the library is at the heart of the Library of Babel retrospective, which will also present a broad survey of the themes in Eyland’s art that reflect his eccentric humour, playfulness and eclectic imagination.

Cliff Eyland was a constant producer who had a rich career outside the studio. His teaching combined an unstoppable creative energy with an encyclopedic knowledge of art and artists that inspired and motivated his students. At the same time, he contributed regularly to the critical discourse of contemporary art in Canada through his extensive curatorial and collaborative projects, essays and publications. Cliff Eyland: Library of Babel – A Retrospective began as a collaboration between artist and curator. With Eyland’s passing on May 16, 2020, the exhibition is now both an affirmation of a truly remarkable artist and a memorial to a dear friend whose resilient and positive life force gave so much to the communities in which he lived.

Guest Curated by Robert B. Epp

READ THE ESSAY: THE BOOK OF CLIFF

Eyland’s work transformed how we see and engage with art. 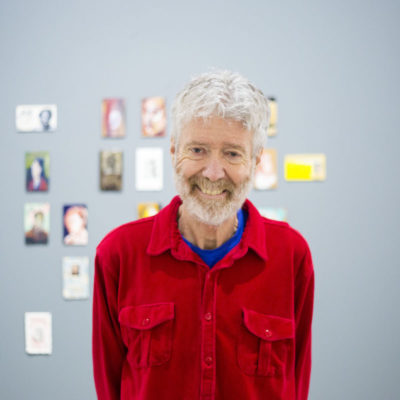 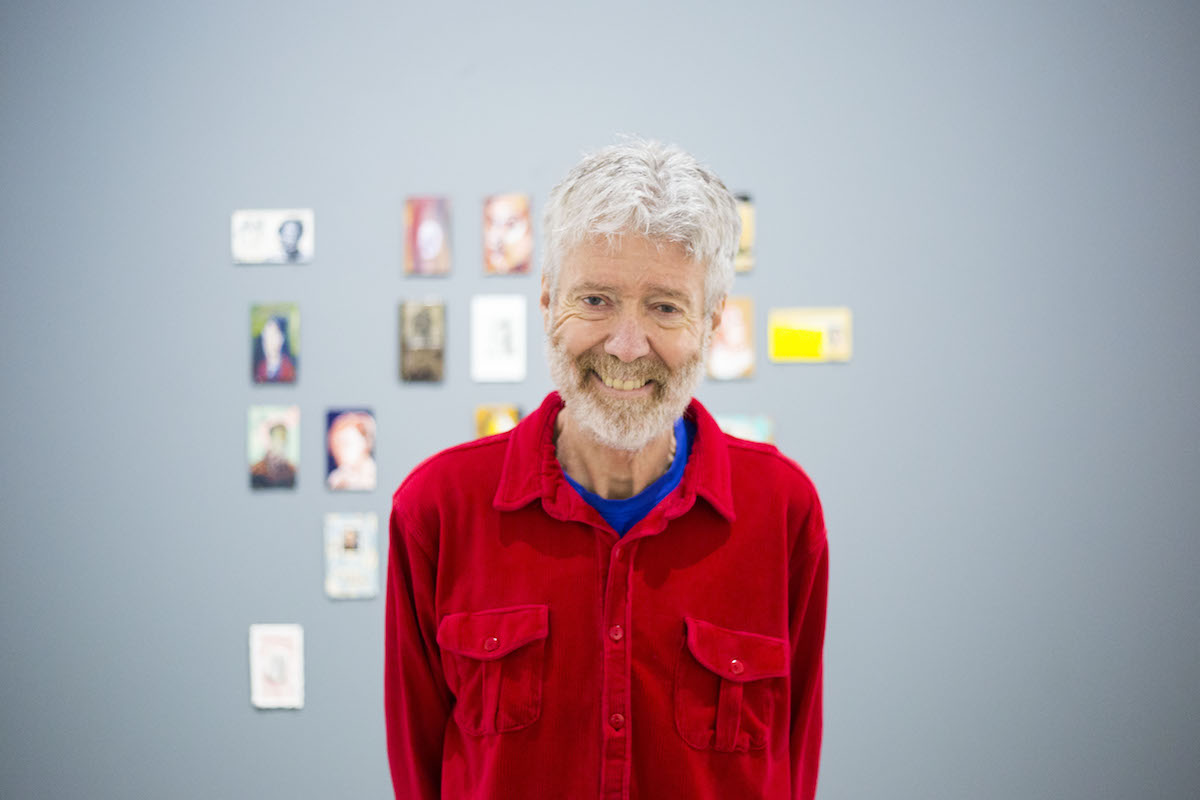 Cliff Eyland was an artist, curator, writer and teacher who was born in Halifax, November 7, 1954 and passed away in Winnipeg on May 16, 2020. He received his BFA from the Nova Scotia College of Art and Design in 1982. Since 1981, he has produced countless paintings and drawings in various styles, all measuring 3 by 5 inches, the size of the standard library catalogue card. He has shown his work in public and secret installations in art galleries and libraries in Canada, the United States and Europe. Exhibition highlights include solo exhibitions at the Art Gallery of Ontario in Toronto, The New School university in New York, The Winnipeg Art Gallery, Struts Gallery and Gallery Connexion (both in New Brunswick), the Muttart (now the Art Gallery of Calgary), the Art Gallery of Southwestern Manitoba, and in Halifax at the Art Gallery of Nova Scotia, eyelevelgallery, Saint Mary’s University Art Gallery and Dalhousie Art Gallery. Group exhibitions include shows at the National Gallery of Canada, in Florence, Italy, Manchester, England, and Lublin, Poland, among others. In 2003 Eyland was shortlisted for the national RBC/Canadian Art Foundation painting award. Eyland’s ongoing installation at the Raymond Fogelman Library at The New School university in New York City was regularly updated from 1997 until 2005. Eyland received three public art commissions, including at the Winnipeg’s Millennium Library (2005), Meadows Library, Edmonton (2014) and the Halifax Central Library (2014) that together feature permanent installations of more than 6000 paintings.

He was an Associate Professor of Art at the University of Manitoba, School of Art, where he taught painting and drawing as well as the Director/Curator of Gallery One One One (now the School of Art Gallery) from 1998 to 2010. Eyland has written criticism for Canadian art magazines since 1983. His curatorial work includes nine years as a curator at the Technical University of Nova Scotia School of Architecture (Daltech) and freelance work for various galleries, including the Plug In Institute of Contemporary Art in Winnipeg. (From 1995 to 2005, Eyland was Vice-President of the Board of Plug In.) His work is represented in several private and corporate collections and notable public holdings include The Winnipeg Art Gallery, Glenbow Museum, Art Gallery of Nova Scotia, Nova Scotia Art Bank, Dalhousie Art Gallery, Confederation Centre Art Gallery & Museum, and National Gallery of Canada.

Further biographical information can be found at Cliff Eyland’s website 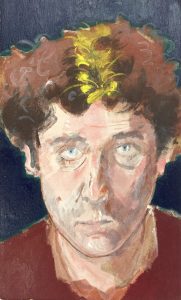 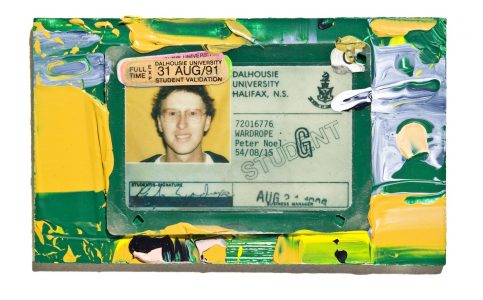 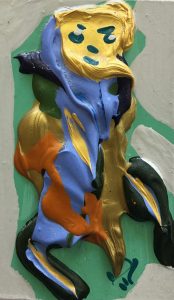 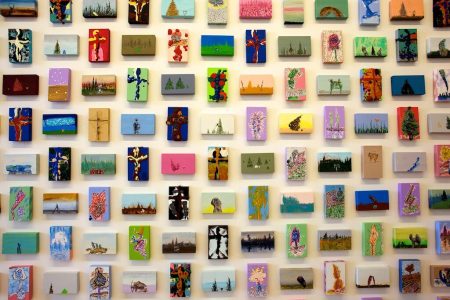 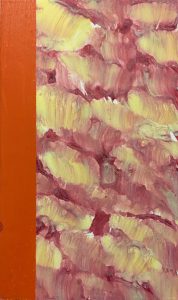 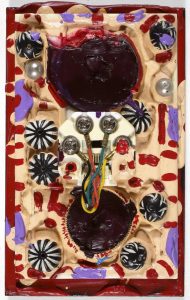 What an extraordinary time to be part of the Winnipeg Art Gallery community! This year, we connected with our community online and on the road.…

Clay All Day: Tour the galleries for ideas and inspiration, then let your imagination go as you roll, pinch, and mold self-drying clay into your own unique creation.

Gallery Games: Enjoy games, riddles, and puzzles in the galleries to inspire the creation of your own playful mixed-media work of art.

Let’s Get Digital: Check out exciting new media artwork in the galleries, then head to our Digital Media Lab for digital drawing and coding with Canada Learning Code!

Print & Press: Explore the exhibition, Headlines: The Art of the News Cycle, featuring hands-on activities, videos, and an original newspaper press, then create your own newsworthy print in the studio.

Geometry Rules: Enjoy geometric art in the Gallery that features symmetry, pattern, sequence, and tessellations, then create your own mathematical masterpiece using a variety of straight edges, rulers, and graph paper.

The Presence of Melancholy

Kurelek’s unique realist painting style was applied to a diversity of subjects, including the Prairie landscape, new immigrants in Canada, life on the farm, spirituality, and mental health.

View All
Plan Your Visit