Nov 30 '22 May 22 '23
For 150 years, the Winnipeg Free Press has remained a staunchly independent news source and now, in celebration of this historic anniversary, Headlines: The Art of the News Cycle, explores the news and how we consume it.

While the show is inspired by the 150th anniversary of the Winnipeg Free Press, the exhibition casts a wider net. “Rather than starting with the history of the Free Press, I started with the idea of news itself, news media in the 21st century, right now – and what are artists thinking about in relation to this?” says Symko. “I looked to artists first.”

As it turns out, artists have been thinking about text and journalism for a very long time. The exhibition draws on these critical ideas, which include artworks made from the news and newsprint, as well as works that explore headlines and obituaries and, of course, fake news.

These hallmarks of news media, some with long histories and others with recent origins, began to inform Symko’s approach. Within this context, Symko began looking at the Winnipeg Free Press and its history and mission. “The more I started reading about the Free Press, the more I saw it as pretty unique, and that alone is worth putting it into the conversation,” says Symko. “It’s one of the only remaining independent papers of its circulation in North America, if not THE only remaining.”

Headlines: The Art of the News Cycle taps into something essential. As news media has an ever-increasing impact on the way that communities talk about the world, the lines between the media, the community, and the individual are becoming blurred. Headlines will further contextualize the art on display with exhibition design that mimics a newsroom. 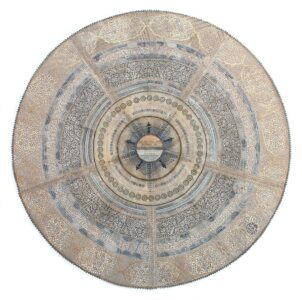 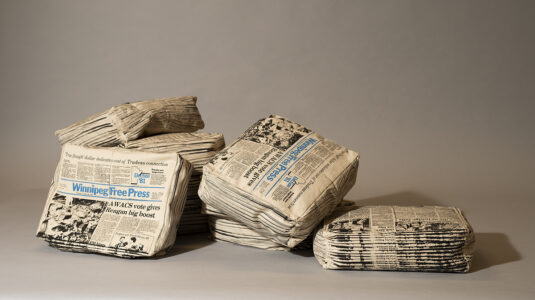 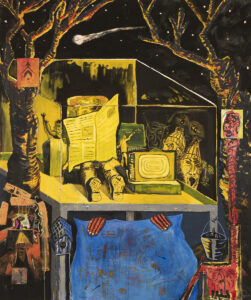 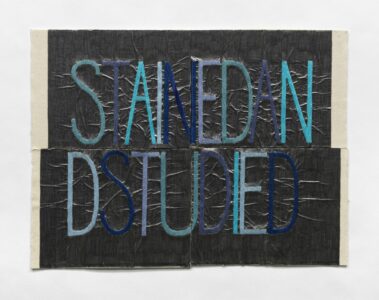 Visitors to WAG-Qaumajuq can experience art before coming inside! Check out the sculptures outside Qaumajuq and the WAG – see works by Goota Ashoona, Abraham Anghik Ruben, and Ivan Eyre, all for free!

Transmissions is an exhibition exploring the production and passing on of knowledge through embodied processes. Embodied knowledge is learned and shared through actions and practices, and recognizes the material experiences related to the body. Each of us holds embodied knowledge that we access through life experience. It may show up as emotional or bodily responses, or as connections to the world around us that are hard to describe.

To Play in the Face of Certain Defeat

To Play in the Face of Certain Defeat is a celebration of diversity and an urgent call to action around issues of racial marginalization. Artist Esmaa Mohamoud explores the ways in which Black bodies at once appear—and yet are rendered metaphorically invisible—within the spaces they navigate.