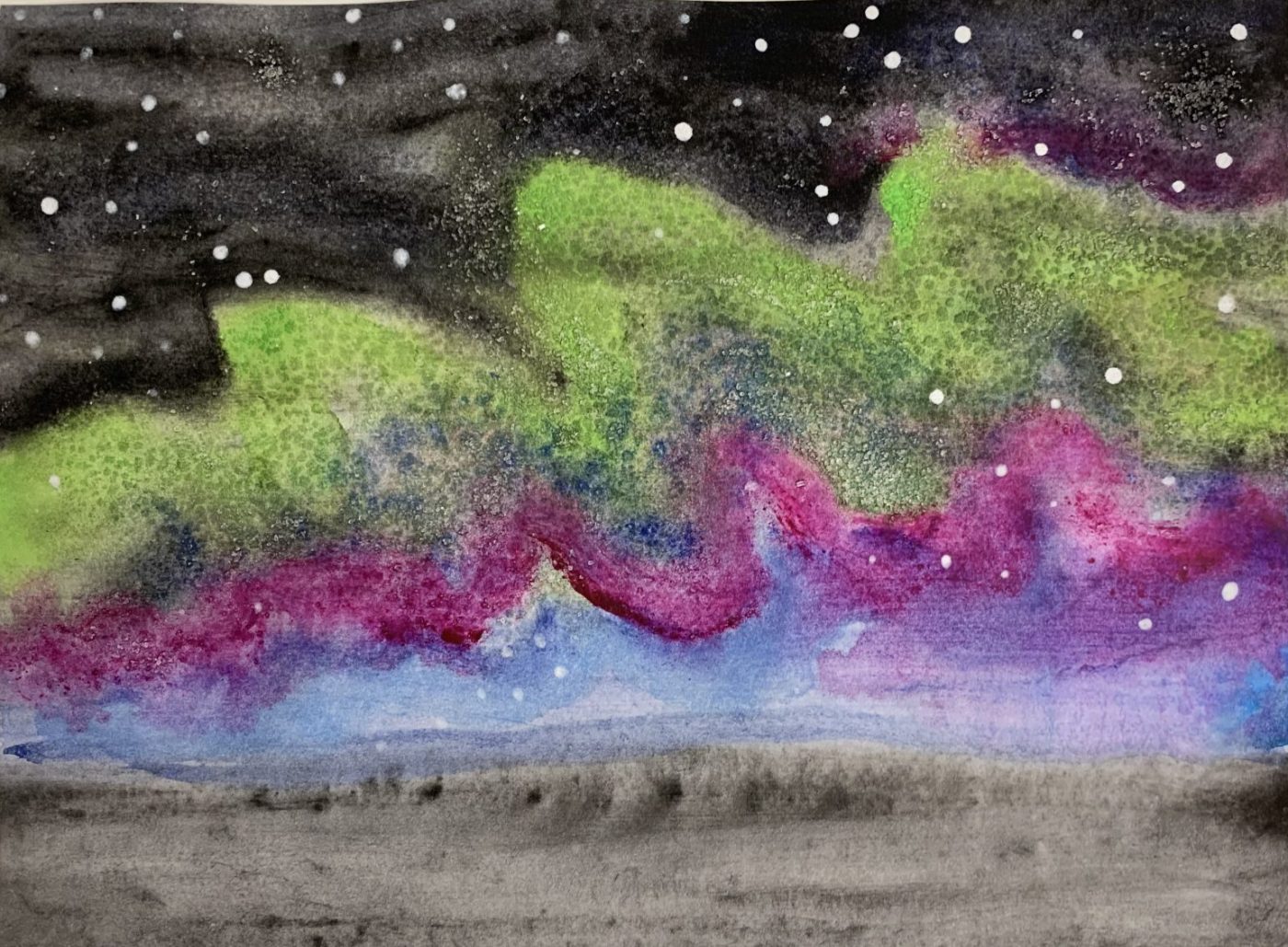 The Northern Lights or Aurora Borealis are a natural occurring light display in the sky. They occur when tiny electrically charged particles from the sun collide with atoms in the earth’s atmosphere, create beautiful streams of light in the night sky.

Did you know that the Northern Lights can be seen just outside Winnipeg’s city limits? The lights from buildings in the city make it difficult to see lights within the city, but just outside of the city, on certain evenings you can witness this magical show.

Legends help us to understand the world around us, and help to unite us within our cultures. In Labrador, the Inuit origin myth is that when the first ancient elders that came to the land, one of them took a spear to break the earth. When he struck his spear into the earth he struck labradorite, an iridescent mineral rock with filaments running through it of gold, blue, and green. When the elder struck this rock it release the filaments from within along with frozen spirits that went up into the sky and became the Northern Lights. Some of the Northern Lights remain frozen within the labradorite rocks. 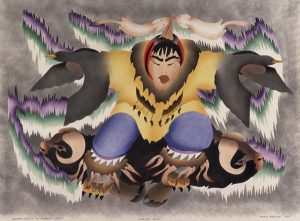 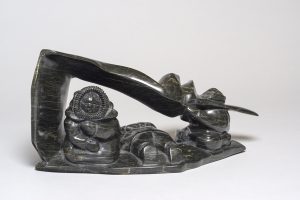 Within your family are there legends? Does your family tell a legend about the origin of something? Challenge yourself to create a piece of artwork about a legend that you have heard, or one that is important to your family.

2. With watercolour paints, create a night-time landscape painting. You can use black or blue paint for the evening sky 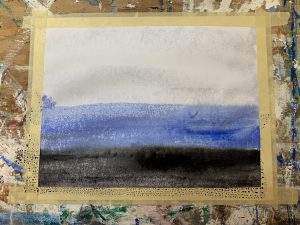 3. Using green and purple, create waves of colour in the sky. You’ll want the paint to be quite watery 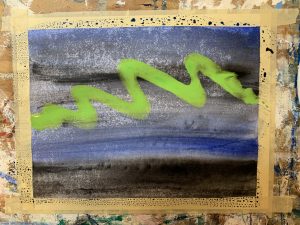 4. Sprinkle little amounts of salt over the green and purple paint 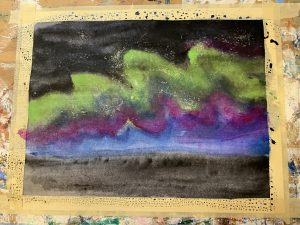 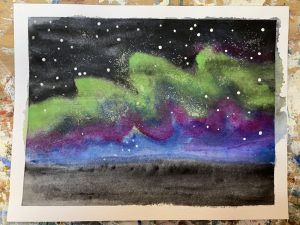 Learn how to create a Kandinsky-inspired piece of art using supplies found at home with Learning & Programs Administrator, Sarah Lamontagne.   See the Wassily...

In this [email protected] DIY project, be inspired by Jean Paul Riopelle’s Vallee Learning & Programs Administrator, Sarah Lamontagne will guide you through this fun art...

Traditional Inuit Games and Stories for Home What do children in Canada’s North do to pass the time? Check out our list of games below...

Learning & Programs Coordinator, Cara Mason guides you through creating abstract sensory art – check it out in the video below!   Materials: Canvas Black...

Learning & Programs Coordinator, Cara Mason guides you through creating this cute Galentine’s or Valentine’s craft, inspired by Gustav Klimt’s The Kiss – see how...

Learning & Programs Coordinator, Cara Mason, will guide you through making these Cupid’s Arrow Pencil Valentines! Follow along with these instructions and photos! Materials You’ll...

Learn to make bannock with WAG Manager of Indigenous Initiatives, Julia Lafreniere. She’ll guide you through making some Auntie and Kookum bannock! Follow along with...

Learning & Programs Coordinator, Cara Mason guides you through creating Monet’s Water Lillies with watcolours, crayons, and cling wrap – check it out in the...

Artist and WAG Instructor and Facilitator, Jessica Canard, will teach you how to use quills in your beadwork!   Watch the video here and try...

Staying connected is as important as ever! Why not try your hand at making your very own greeting cards! Follow along to this video by...

Self isolating with the kids? Why not take on a simple art project? Watch this DIY shamrock tutorial with WAG Learning & Programs Coordinator Cara...

Time for a Virtual Paint Party! Check out this video and follow along to paint your very own simple succulent with WAG Learning & Programs...
Qaumajuq Now Open
The new Inuit art centre is now open at the WAG! See hours and admission here.
The Winnipeg Art Gallery is located on Treaty No. 1 the original lands and waters of Anishinaabe, Ininiwak, Anishininiwak, Dakota, and Dene peoples, and on the homeland of the Métis Nation.