These 7 artworks joined your collection in 2019-20 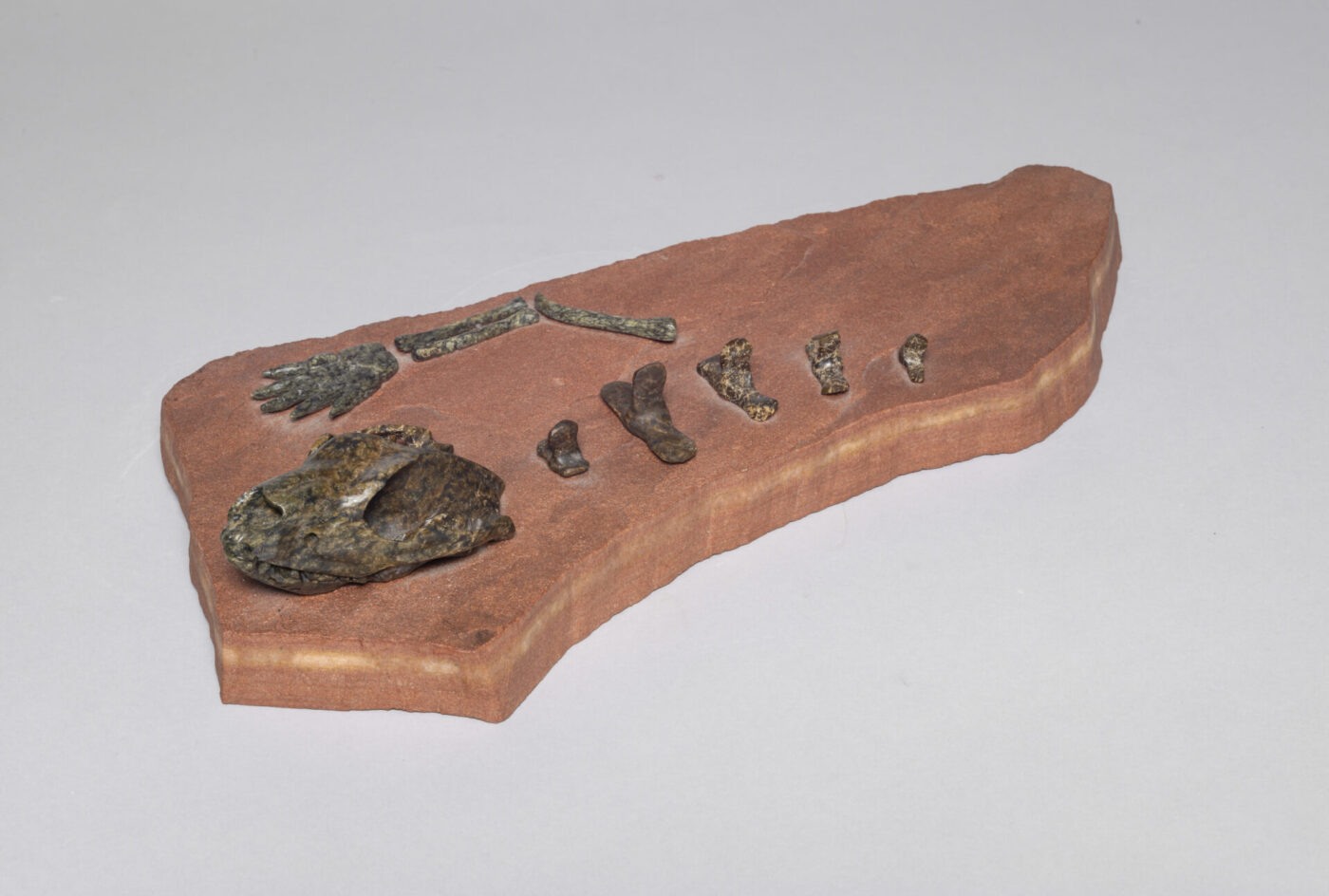 Our curators always have an eye out for works of art to add to the WAG collection, your collection.

Both to build exhibitions and diversify the artists represented, acquisitions are an important part of keeping the WAG relevant and growing as we work to connect, inspire, and inform through the incredible power of art. The Works of Art Committee, which includes staff and volunteer leaders, meets regularly to carefully consider each piece before it is purchased, or before a donation is processed. Here’s a look at seven artworks that joined your collection in 2019-20!

Bill Nasogaluak is an accomplished Inuvialuk artist originally from Tuktoyaktuk, NT and now based in northern Ontario. His unique carving Global Warming Death of the Polar Bear will be one of more than 5,000 carvings on view in Qaumajuq (formerly the WAG Inuit Art Centre)’s Visible Vault and featured in the Vault’s Digital Media Platform, made possible by the Canada Council for the Arts. This 2010 piece speaks to climate change’s impact on polar bear habitat loss in the Arctic. Thematically, Nasogaluak’s work illustrates Inuvialuit culture and offers political commentary about the social, economic, and cultural dimensions of contemporary Inuit life.

This 2013 textual screenprint is a critical look at Canada’s federal budget policies following former Prime Minister Stephen Harper’s 2008 formal apology to residential school survivors. Cathy Busby lists over a dozen First Nations, Metis, and Inuit organizations that faced severe budget cuts in the six years to follow. Dr. Stephen Borys, WAG Director & CEO donated Budget Cuts to the WAG, as the work is a continuation of Busby’s earlier piece We Are Sorry, which was prominently featured in Eckhardt Hall on the main level of the Gallery in 2010 and 2014. Lively colours reflect the surroundings of the work’s original site-specific installation in a Saskatoon neighbourhood with a high density of Indigenous residents. Yellow, pink, red, green, teal, and grey establish a contrast with the alarming information, supported by capitalized text in various font sizes.

On September 27, 2019, Kent Monkman’s Shame and Prejudice: A Story of Resilience opened in Winnipeg, and the WAG celebrated the donation of a major painting featured in the exhibition from a generous anonymous supporter – to share with the community where the work is set. The Deposition (2014) is part of the Urban Res series, in which themes relating to historic and contemporary Indigenous experience such as colonization, sexuality, loss, and resilience are transposed against contemporary urban Winnipeg backdrops. The Urban Res streets are populated with tattooed Renaissance angels, gang members protecting their neighbourhoods, and ancestors visiting from the spirit world, observing and waiting. This acquisition is especially meaningful as the celebrated artist was raised in Winnipeg and attended art classes at WAG Studio as a child.

This uniquely humorous 2011 print depicts a brown lemming blowing a pink bubble. Created with stonecut and stencil, the fine lines and vivid colours of the work are true to Papiara Tukiki’s style. The artist’s simple forms capture the essence of her subject – whether it be human or animal or some combination of the two[i]. Born at Nuwata, an outpost camp in Nunavut, Tukiki spent her childhood on the land. These formative years continue to inform her art practice, depicting animals and landscapes in large-scale drawings and prints. Working out of Kinngait Studios, Tukiki has been featured in the Cape Dorset Annual Print Collections since 2004, and continues to be highly prolific, working alongside younger artists [ii].

Double-Walqu’n (2015-16) is part of the WAG’s travelling exhibition Boarder X, on view in Nanaimo, BC until November 2020. This popular exhibition presents contemporary work by artists from Indigenous nations across Canada who surf, skate, and snowboard. Of Mi’kmaq descent, Jordan Bennett was born in Stephenville Crossing Ktaqamkuk, NL. His ongoing practice utilizes painting, sculpture, video, installation, and sound to explore land, language, the act of visiting, and familial histories. His work challenges colonial perceptions of Indigenous histories, stereotypes, and presence with a focus on exploring Mi’kmaq and Beothuk visual culture of Ktaqamkuk [iii].

As a celebrated master Inuit artist, Germaine Arnattauyuq’s work spans decades. She is originally from Iglulik, NU and now based in Yellowknife, NT. In her work, Arnattauyuq focuses primarily on Inuit myths, stories and feminist narratives centered on birth and motherhood [iv]. This 1994 print is currently on view in Nuliajuk’s Story and depicts the Inuit sea spirit who watches over marine animals. Arnattauyuq studied Fine Arts at the University of Manitoba, Commercial Art and Fine Craft at Algonquin College, as well as Printmaking at Arctic College in Nunavut. Arnattauyuq has illustrated and written several beloved books, many of which are available for purchase from shopWAG.

A striking portrait of Rosa Parks, this work showcases the layers of depth in Tony Scherman’s unique encaustic technique – mixing hot wax with pigment. The 2013-14 painting pays homage to Parks’ impact on world history through her resolute choice to remain in her bus seat in Montgomery, AL in 1955. Tony Scherman: Heroes, Ghosts, and Dreams included a variety of portraits of historical and political significance, and Parks’ tactile physical presence was a definite hit among visitors. Scherman remains one of the leading figurative artists of his generation, with more than 100 solo exhibitions across Canada, the United States, Europe, and China, and has been celebrated in numerous group exhibitions internationally.

Interact with art in the WAG collection from the comfort of your home. With everything from historical to contemporary artwork, the WAG holds an extensive...

Cardboard Building Lesson Drawings and paintings by L.L. FitzGerald were heavily influenced by his surroundings, his home, and the houses in his neighbourhood of St. James...