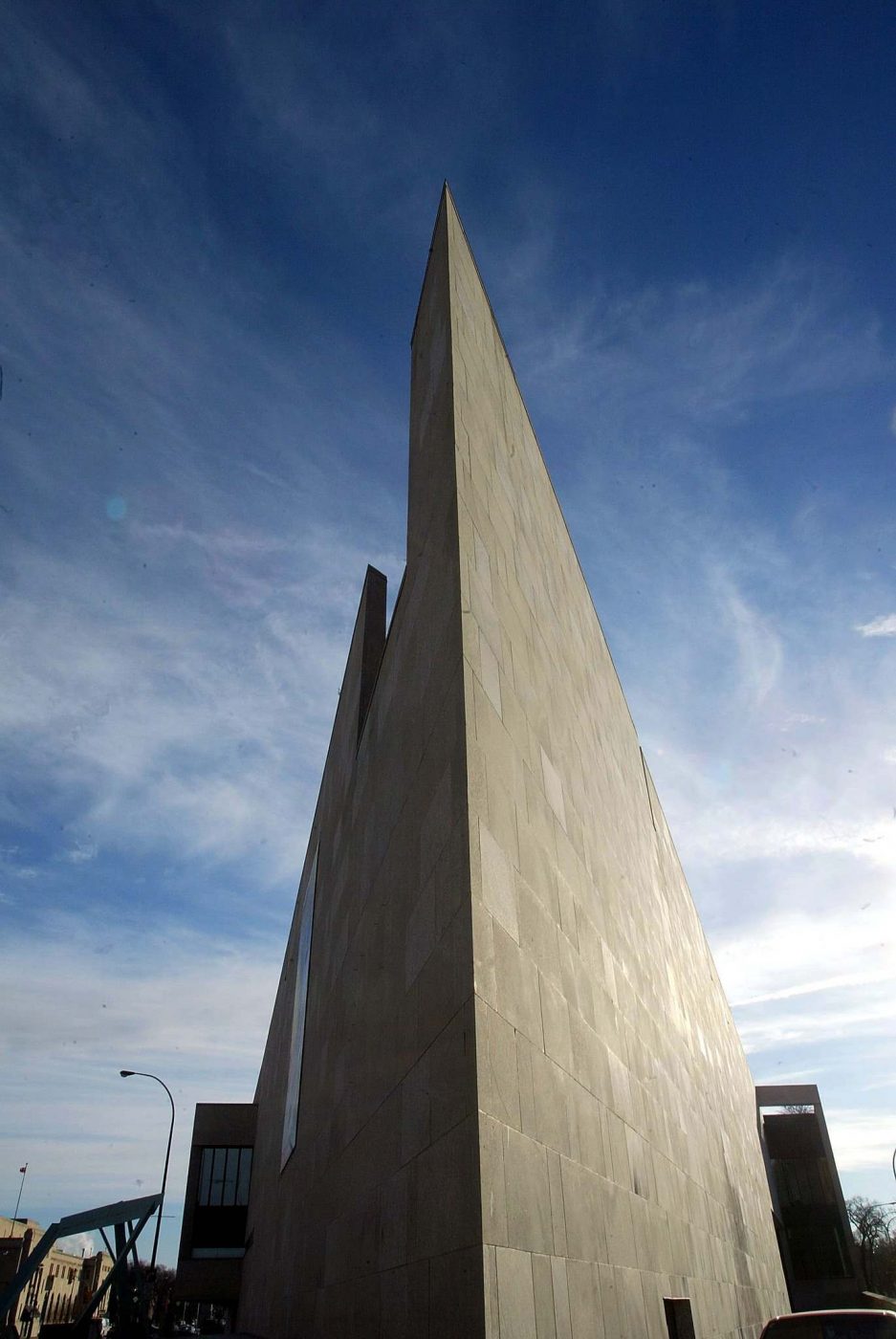 On September 25, 1971, the current WAG building ceremoniously opened to the public with a visit from Princess Margaret. This three-part feature by the Winnipeg Free Press reflects on the architecture, the progress, and how Qaumajuq is moving us into a new era.

The Gustavo Da Roza arrowhead-shaped structure has been a Winnipeg landmark for 50 years. Clad in Manitoba Tyndall limestone, it responds sensitively to the older buildings that surround it. But with a dramatic, dynamic mass that goes right up to the edges of its unusual triangular site, it also seems to challenge them.

If I had to describe it in one word, it would be ‘timeless,’ ~ Dr. Stephen Borys, Director & CEO, when asked to talk about the WAG building.

Read the full story in this Winnipeg Free Press article by Alison Gillmor. 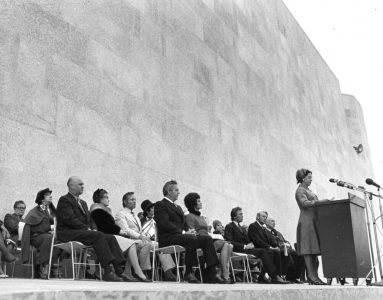 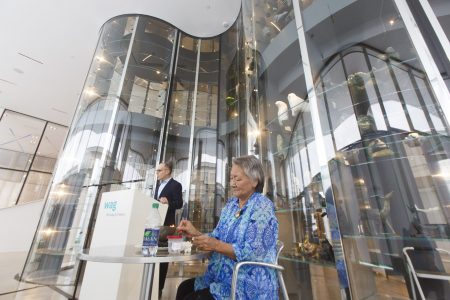 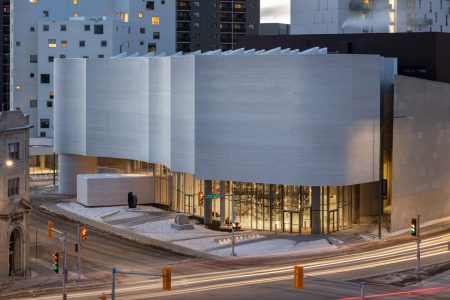 How has the WAG transformed over the last 50 years?

“It’s our goal, not just to be a great art museum, but a place where there’s an ongoing discussion and dialogue, where people with different backgrounds, interests, cultures and nations can find something at the WAG for them,” Borys says.

Learn how the WAG has shifted its focus and included more Indigenous art into its exhibitions over the years in this story by Alan Small. 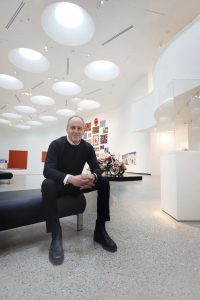 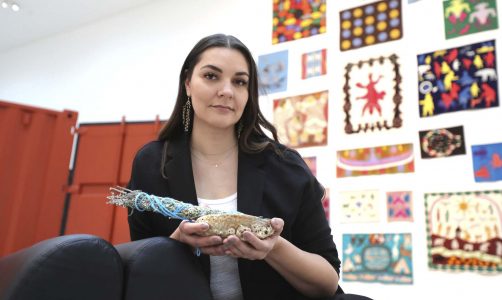 Fifty years after the opening of the current WAG building, works by Indigenous artists are no longer mere curiosities that add variety to exhibitions showcasing the old masters. Indigenous art at the WAG has become the showcase.

When Qaumajuq was given its name prior to its opening in March, the WAG received its own Indigenous name, Biindigin Biwaasaeyaah, which means “Come on in, the dawn of light is here,” in Anishinaabemowin.

The WAG has also invited its Indigenous advisory circle and language experts to its vaults to rename 57 works of art in its permanent collection that have racist titles or descriptions of First Nations, Métis and Inuit people.

Julia Lafreniere, the Gallery’s Head of Indigenous Initiatives, says the WAG is the first major art institution to address the problematic titles; she hopes other museums and galleries will follow suit.

Too often in Canadian history we are unnamed or numbered, and it was a powerful moment to watch Indigenous relatives depicted in these artworks receive a proper name ~ Julia Lafreniere

“So in fact the imbalance is the other way right now, as we try to put forth other perspectives and other voices that have not been present or haven’t had the same platform,” says Borys.

Read on to see how the WAG is shifting its gaze in the Winnipeg Free Press article by Alan Small.

What an extraordinary time to be part of the Winnipeg Art Gallery community! This year, we connected with our community online and on the road....
COVID-19 Update