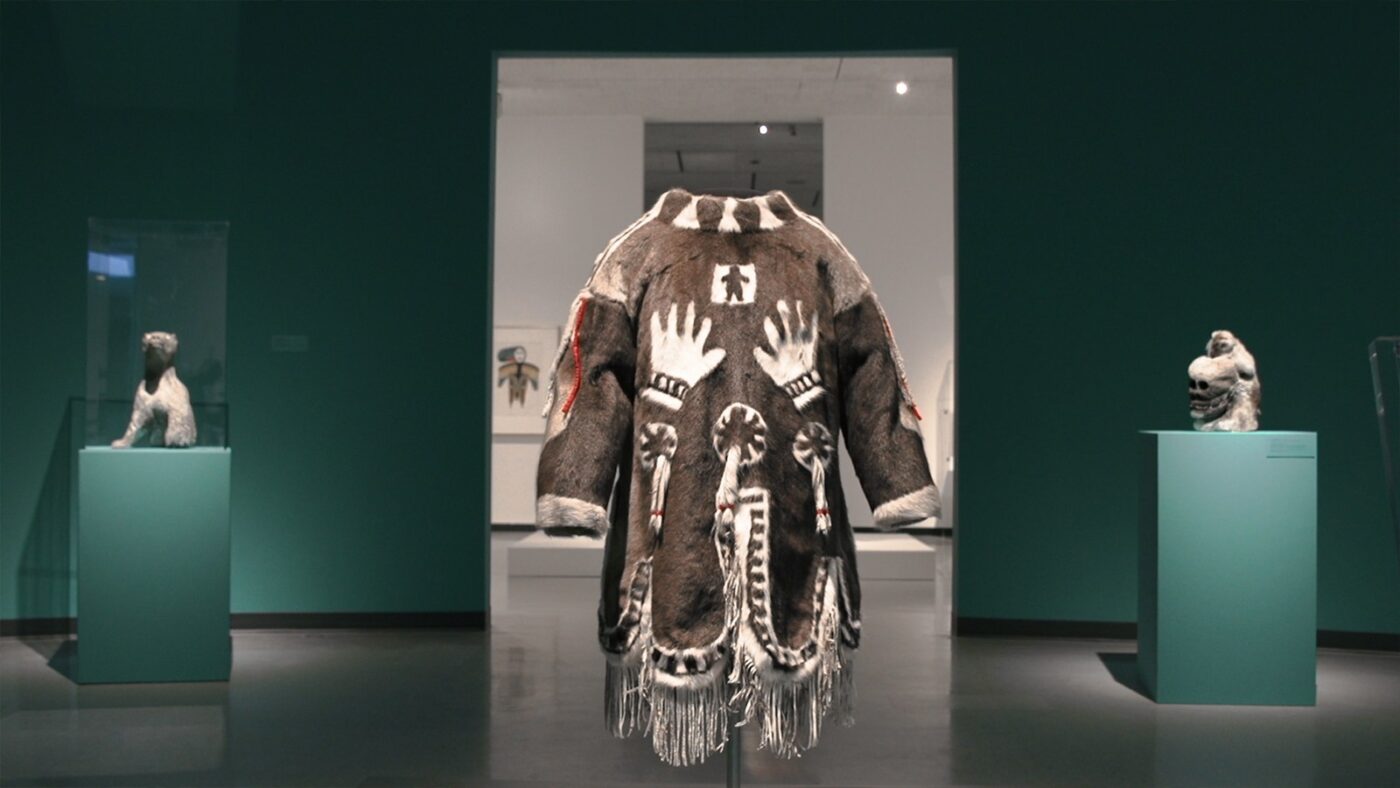 Qingailisaq’s Coat is a replica of the most unique garments created in the Canadian Arctic.

The original coat was owned by Qingailisaq, a powerful Igloolik shaman (angakkuq) in the late 1900s. In 1902, Qingailisaq sold the coat to whaling captain George Comer, who collected it for the American Museum of Natural History, New York. In 1982, social anthropologist, Bernard Saladin d’Anglure, received funding from three Canadian museums to commission three replicas, in partnership with the community of Igloolik. The coat you see here is one of the three sewn in 1982 by women from Igloolik. You can see one of these replicas in Our Land, currently on view at the WAG.

The original garment was sewn after Qingailisaq’s encounter with dangerous mountain spirits called Ijirait. He was hunting caribou when four Ijirait approached him and one spirit pressed his hands against the shaman’s chest to throw him down. Qingailisaq calmly resisted and the spirits realized he meant them no harm. He returned home, and made the coat resembling the Ijirait, but with the hands on the chest to symbolize how the Ijirait had attacked.

In December of 2015, the shaman parka made headlines when a U.K clothing label used the design on a number of garments including a men’s sweater. Read the full story here at cbc.ca

My Daily Art . . . Over life-sized on a pedestal, she stands over two meters tall, sheathed in sculpted white plaster – honest, direct,...

From the surreal images of the northern Manitoba landscape to the fields and forests of 19th-century France, I wanted to share a painting by the...
COVID-19 Update