Prep Team: The Unsung Heroes at the WAG 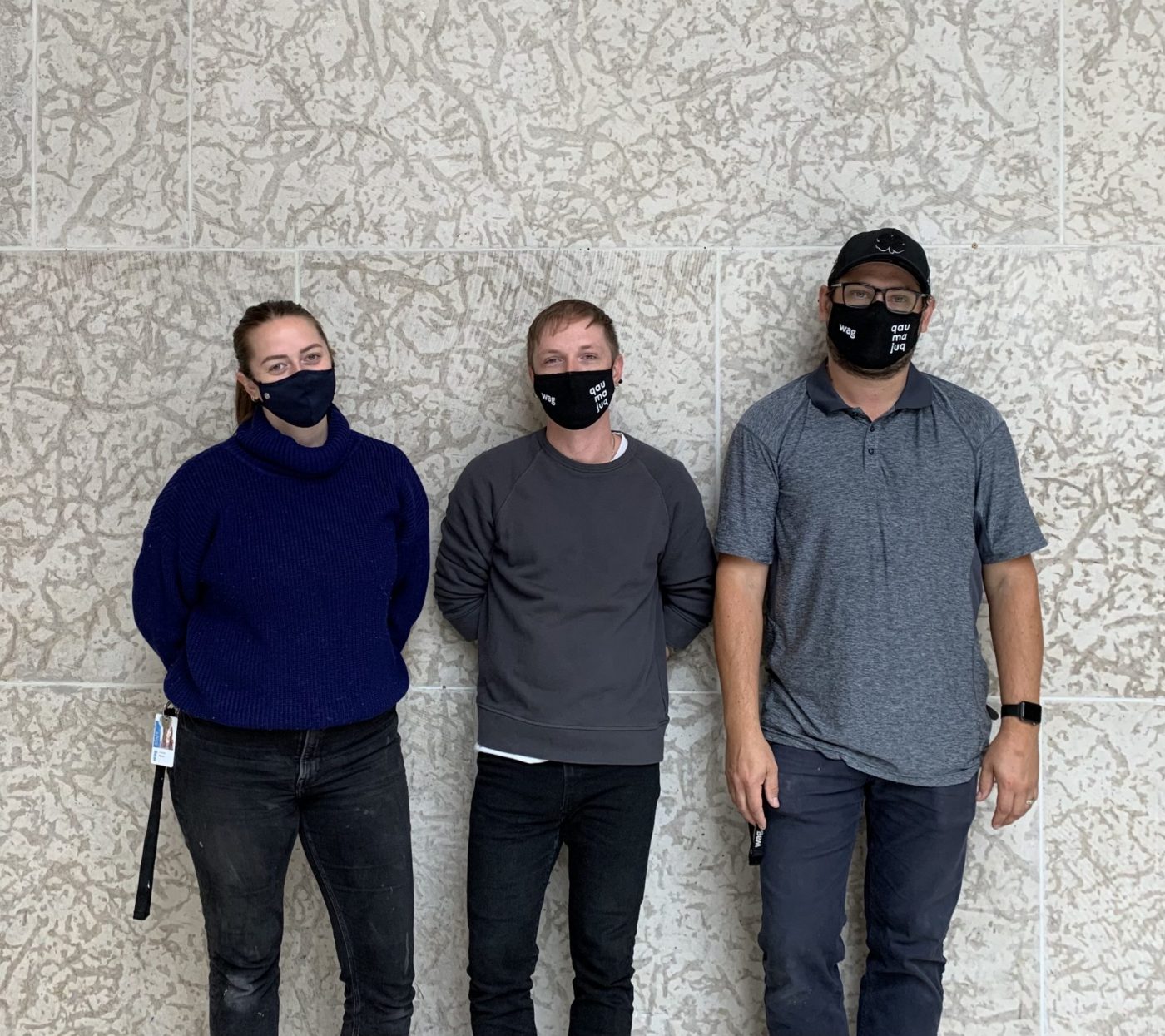 The prep team plays a huge part in keeping things rolling behind the scenes at the WAG – bigger than you would think.

These hardworking and talented professionals are responsible for almost every single step of putting together an exhibition. Some of which include building and painting walls, setting up lighting and sound/video systems, as well as clearing up the room in between shows.

“It’s fun when there’s an installation that we have to figure out for the exhibition, as opposed to just hanging two dimensional work on the wall,” said Serge.

They also work with the curators and artists on how to organize the space, where they’ll usually receive an exhibition plan ahead of time with the general layout of where everything is supposed to go. However, the pandemic has made that more challenging than the usual, with some artists not being able to come into the Gallery.

That was the case for the exhibition Naadohbii: To Draw Water, where most of the brainstorming and decisions were made through emails or phone calls. “They would say “this is our vision” and we would have to make it happen,” said Kristina.

Apart from the challenges, the team was able to keep busy during the past year and half, especially with the addition of the new Inuit art centre, Qaumajuq.

According to them, depending on how big or complex an exhibition is, it can take weeks or sometimes even months to switch everything around. The Gallery tries to rotate shows throughout their spaces so that the public can enjoy as many exhibitions at a time as possible. “It feels like a little bit of a magic show,” added Kristina.
Right now, they are working on building a series of crates for a traveling exhibition, with the majority of the artworks belonging to the WAG’s collection. 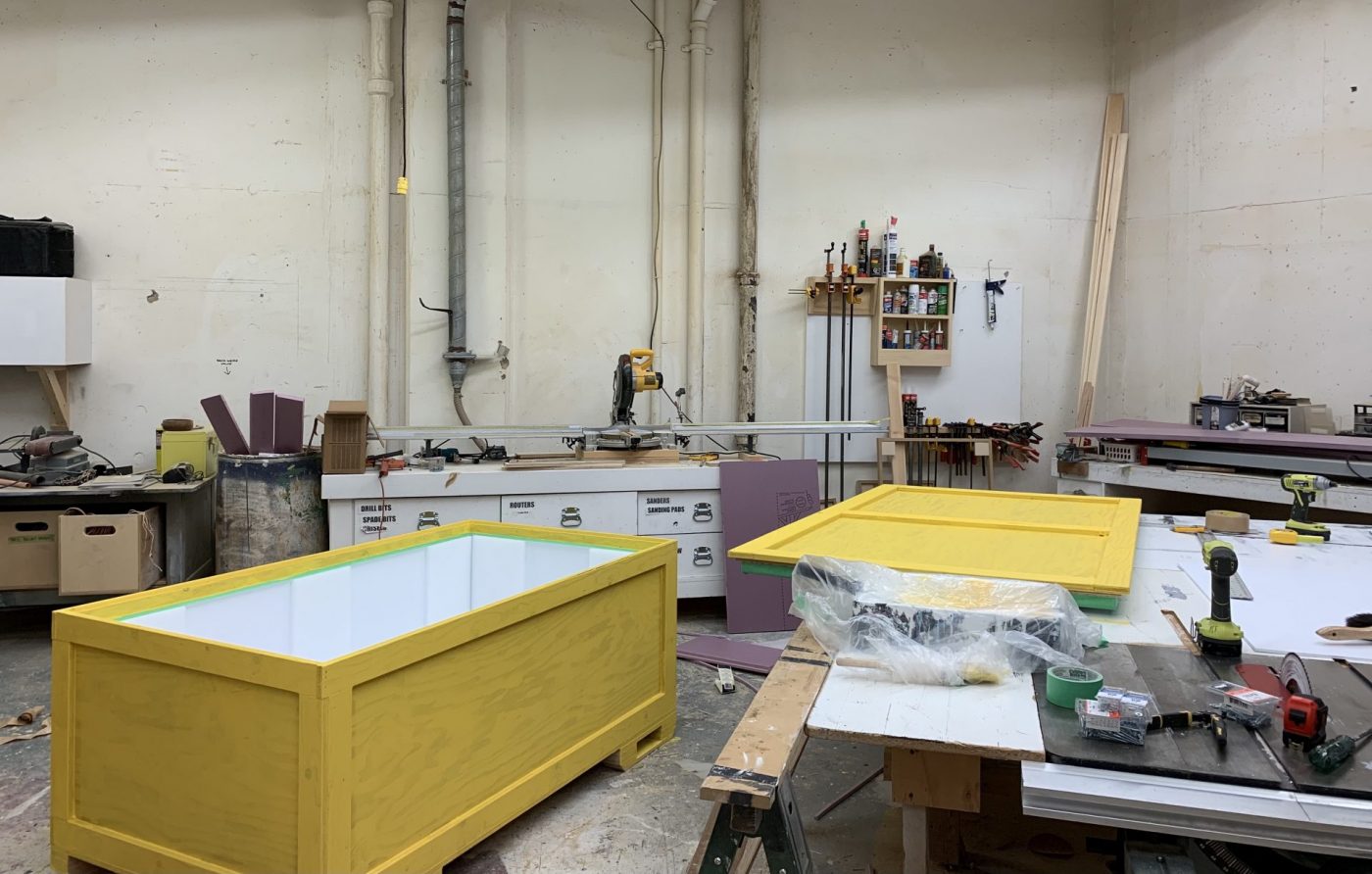 Each crate is custom made for specific artworks, depending on the quantity, dimensions and materials. The exterior is made out of plywood, a material considered easier to transport because it doesn’t need to be stamped or approved before it’s shipped out. Inside, it is foam insulated and sealed, with padding along the sides and sometimes labeled trays to hold different art pieces. 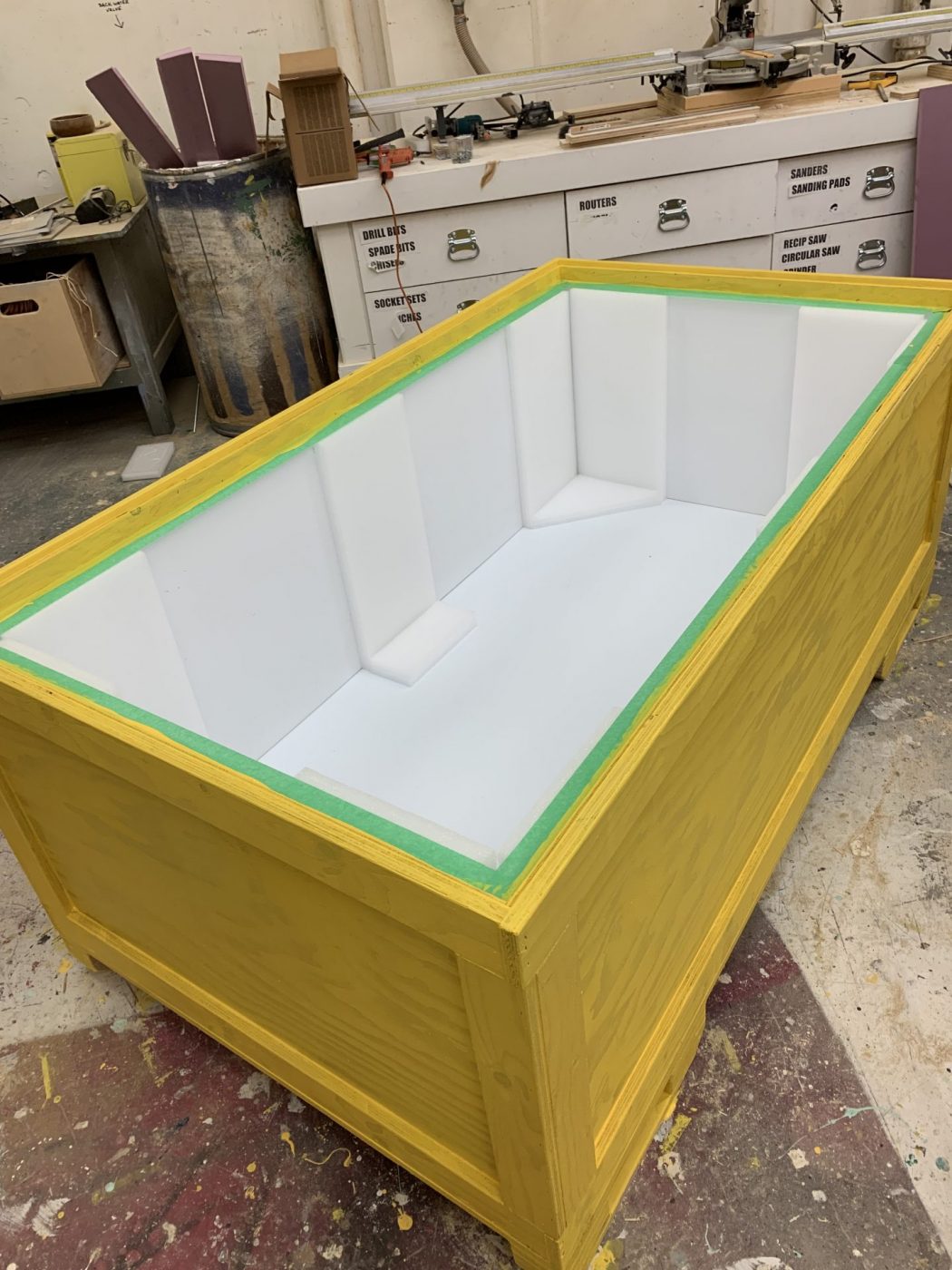 Depending on the size of the crate, it can take around three days to build when half of the team is working on it. Once it is finalized, the prep team then contacts the shipment department and makes sure transportation goes as smoothly as possible.

From building, to setting up, all the way to shipping out – as they would say – it’s never a dull moment.

This post is part of the WAG IdeasLab, an internship where students develop online content around WAG-Qaumajuq. Supported by The Appleton Charitable Foundation through its #APPLETONINITIATIVE. See more posts on social media #wagideaslab⁠

In addition to our Director’s Daily Art series on our social media channels, here’s another way to take in some of our collection! See old...

WAG-Qaumajuq will be open regular hours on Thursday, April 14, 2022.⁠ ShopWAG will also be open 11am-5pm. See our hours and admission here. Note that...

In the lead-up to the opening of the Inuit Art Centre in a few short months, we are continuing to share content celebrating this new...
COVID-19 Update