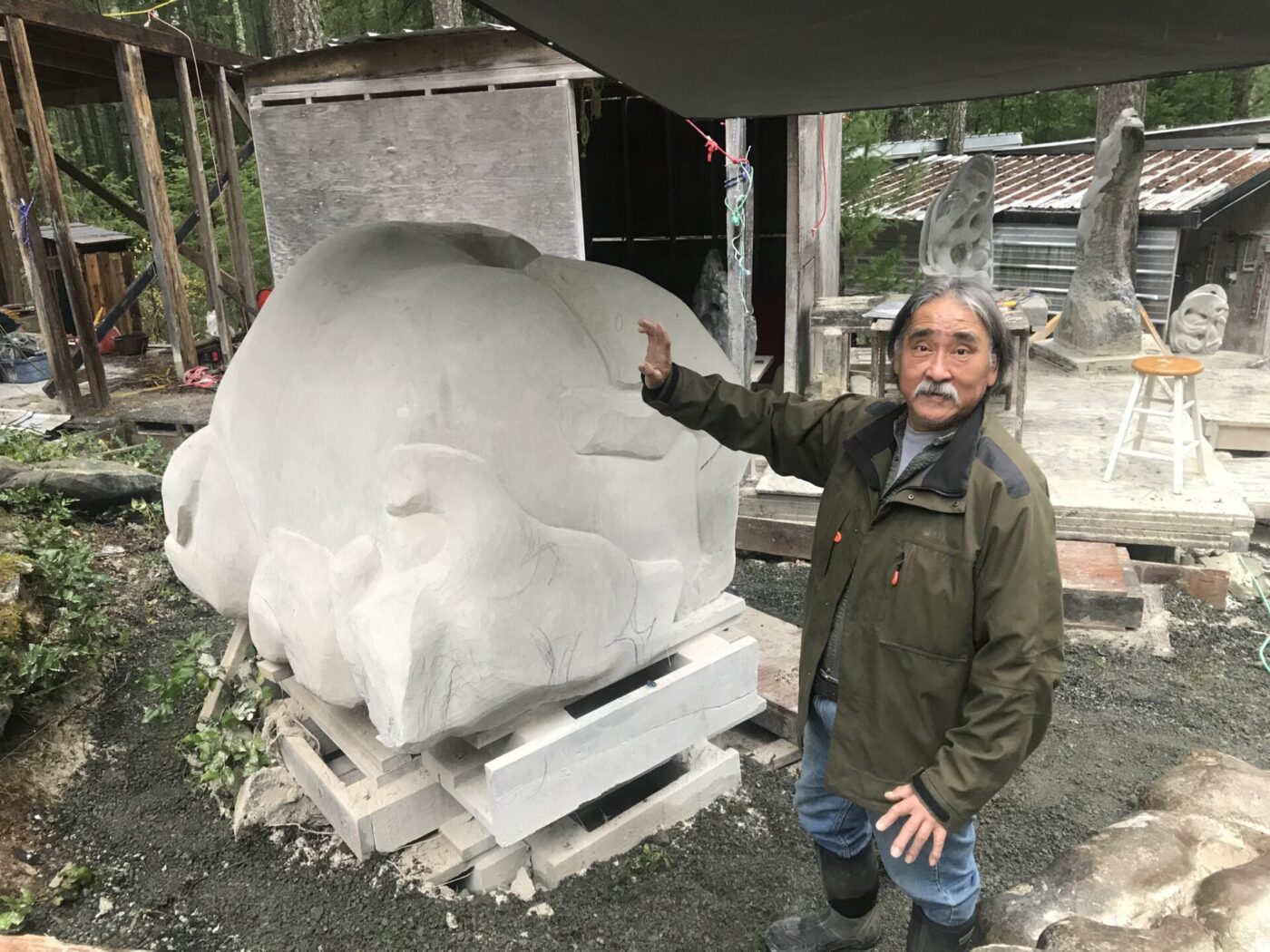 My Daily Art . . . This morning I woke up searching for an artwork that would help me look ahead, focus on the positive, and inspire me. I found it in an image of an artist in his studio.

I took this photo when I was visiting Abraham Anghik Ruben on the west coast of Canada. I’ve visited with him on many occasions – and never have I come away without feeling inspired, and carrying a profound thought or story that he had shared with me.

Abraham was born in Paulatuk in the Inuvik Region of the Northwest Territories, now part of the Inuvialuit Settlement Region. He spent his early years in family camps along the coastline east of the Mackenzie Delta in the Canadian western Arctic.

Life on the land ceased at the age of eight, when he was sent to Inuvik to attend residential school. He later studied art in the 1970s at the University of Alaska, Fairbanks. He became a full-time artist and moved to Vancouver in 1980, and to Salt Spring Island in 1986. In 1989, the WAG organized an exhibition of sculpture by Anghik Ruben and his brother, David Ruben Piqtoukun, and later gave Abraham his first solo museum exhibition. Today the WAG has one of the largest public collections of his work – and there’s more to come!

While the WAG is temporarily closed, your collection is still here for you. Stay connected with the art through daily posts from our Director & CEO, Dr. Stephen Borys.

Winnipeg is a city of many nations and cultures. When it comes to architecture, this diversity is mirrored through a mix of regional, national, and...