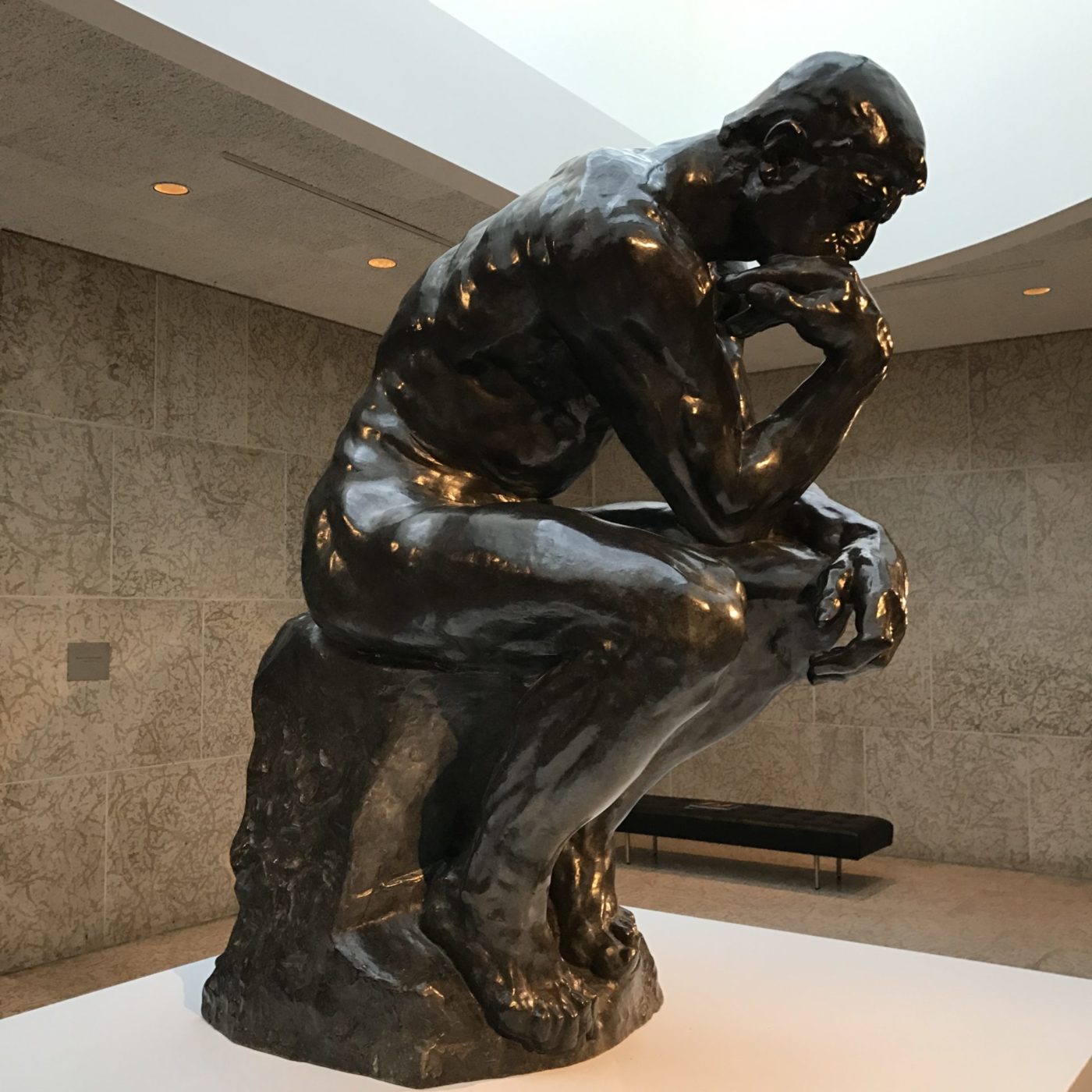 The WAG received an early holiday present in 2016 with the loan of the monumental sculpture The Thinker by Auguste Rodin (1840-1917).

One of the most recognized sculptures in the history of art, the piece was lent after a private collector learned of the WAG exhibition Starting with Rodin. The work was one of the bronze casts produced posthumously from the original plaster molds with the permission of the Rodin Museum in Paris.

Originally named The Poet, Rodin created the piece as the central figure in his enormous sculptural commission, The Gates of Hell. A few years later, in 1902, he produced a much larger version (double in size to the original) making it into an independent work.

Scholars have debated the identity or source for the figure, suggesting it might be the biblical Adam, Dante, or the artist himself. The Thinker was first exhibited in front of the Panthéon in Paris and then later moved to the Hôtel Biron, now the Rodin Museum. Foundry workers named the work The Thinker because of its likeness to Michelangelo’s statue of Lorenzo de Medici in Florence. 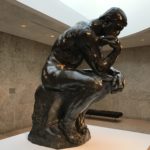 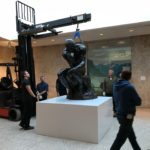 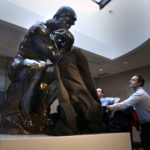 WAYNE GLOWACKI / WINNIPEG FREE PRESS
Gallery staff Luke Palka, right, and Andrew Kear have the honour unveiling the sculpture THE THINKER by Auguste Rodin in the Skylight Lounge at the Winnipeg Art Gallery. The 408kg. bronze sculpture was lent to the gallery by a private collector and will be on exhibit until spring. Dec.16 2016 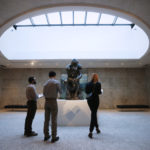 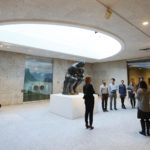 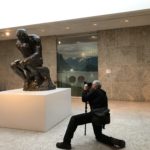 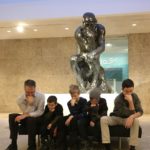 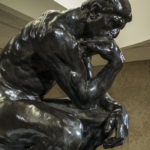