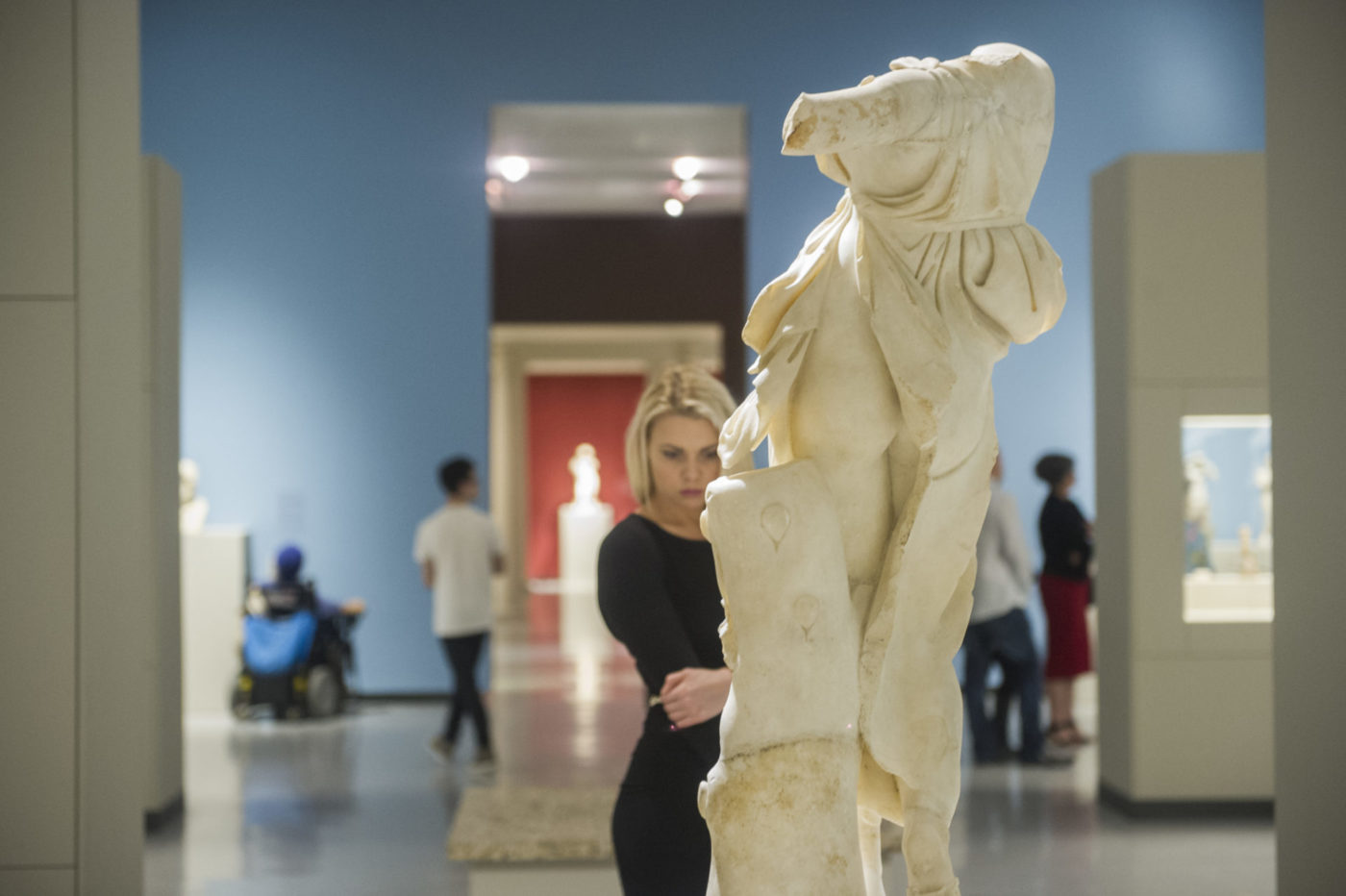 A 737 cargo jet filled with Antique Greek and Roman sculptures and artifacts destined from Berlin to Winnipeg.

That was the start of the 2015 exhibition at the WAG: Olympus: The Greco-Roman Collections of Berlin, featuring over 160 artworks dating from the 7th century BC to the 2nd century AD, including marble statues and reliefs, bronze statuettes, terracotta vases, and jewelry from the prestigious Antikensammlung (Collection of Classical Antiquities) of the Staatliche Museen zu Berlin (National Museums in Berlin).

Rarely seen outside of Europe, the collection is one of the most significant classical antiquities holdings worldwide, and known for its historic, cultural, and aesthetic quality.

As one of only two venues in North America, Olympus was the WAG’s first major exhibition of classical antiquities in over half a century. It left a lasting impression on our visitors – especially the kids who came face to face with their favourite Olympians. 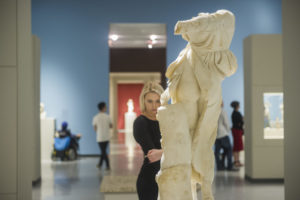 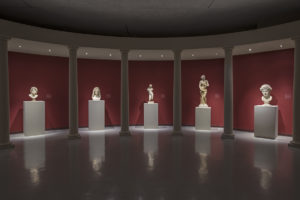 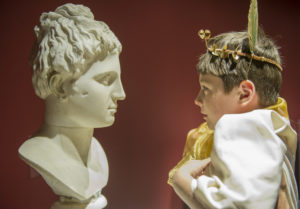 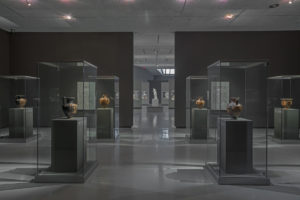 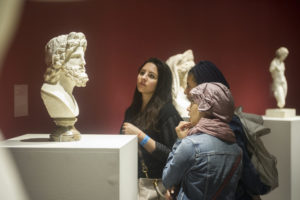 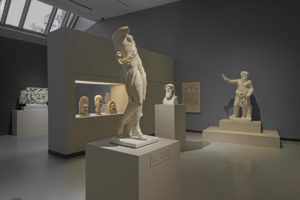 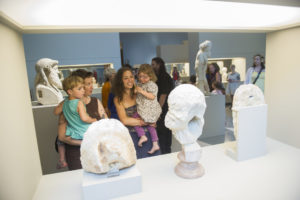 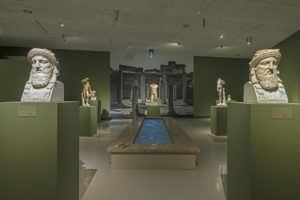 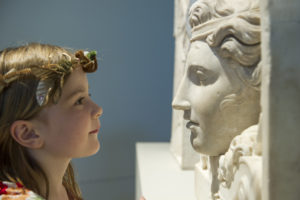 While the WAG is temporarily closed, this series of posts from Director & CEO, Dr. Stephen Borys, shares an artwork from the collection every day until the Gallery reopens. Follow along on Instagram, Facebook, and Twitter, or visit our stories section for this and more [email protected] content.

One response to “My Daily Art”

My Daily Art . . . Over life-sized on a pedestal, she stands over two meters tall, sheathed in sculpted white plaster – honest, direct,...
COVID-19 Update