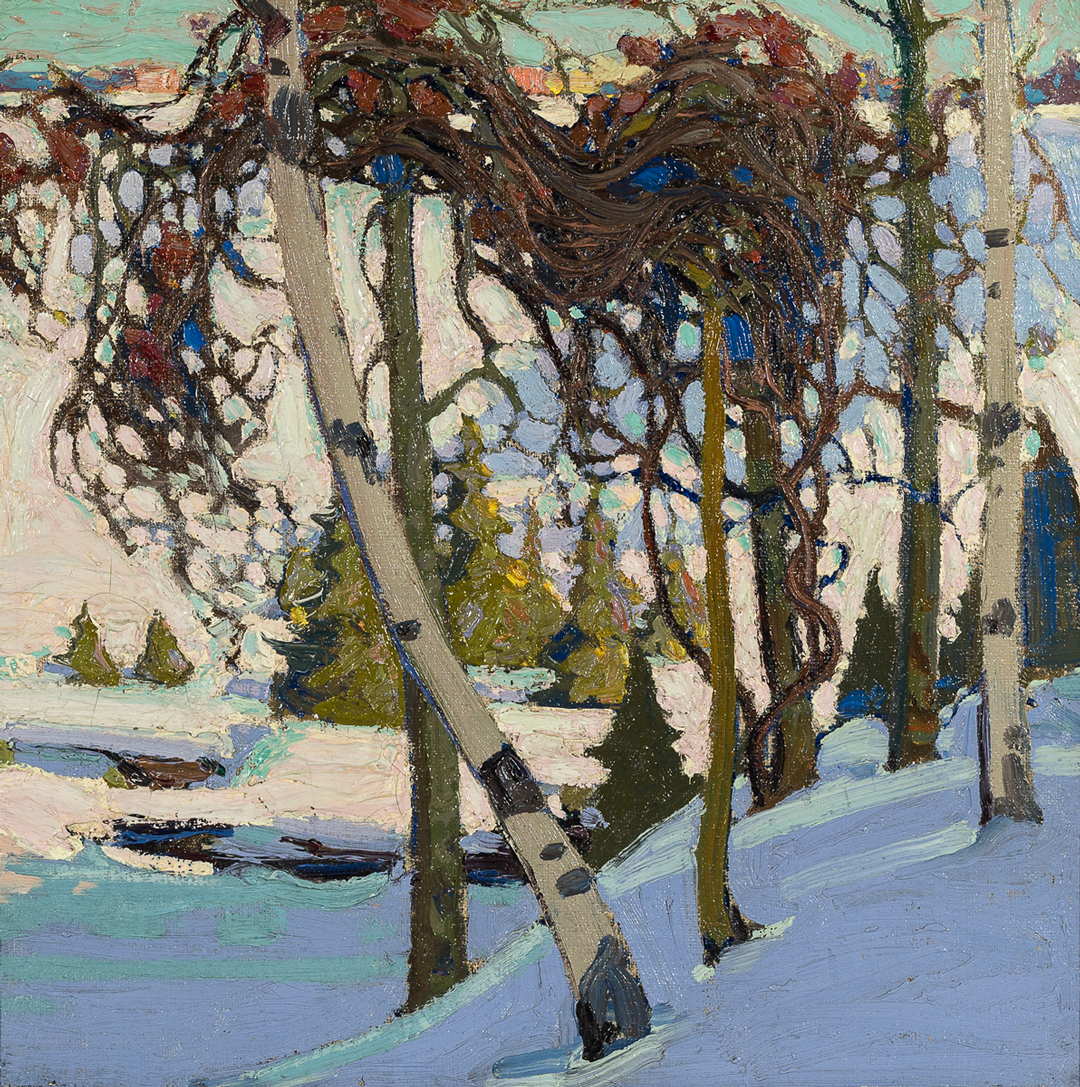 I am hoping this is the last day for months that I post a snow picture. But to bid adieu to the winter I may as well end on a high note with Early Snow (1916) by Tom Thomson, the official non-member of Canada’s Group of Seven.

In his short artistic career, from 1912 until his death by drowning in 1917, Thomson painted only 33 large canvases, the work in WAG collection being one of them. The major component of his production comprised small open-air sketches on panel executed in the Ontario park where he was a fire ranger and guide.

In the winter, Thomson worked in his studio and produced the larger pieces. Perhaps that’s why he gave us purple snow — but purple snow we all know exists in this country, along with the amazing light of a February afternoon…or maybe April.

2 responses to “My Daily Art”

My Daily Art . . . Over life-sized on a pedestal, she stands over two meters tall, sheathed in sculpted white plaster – honest, direct,...
COVID-19 Update