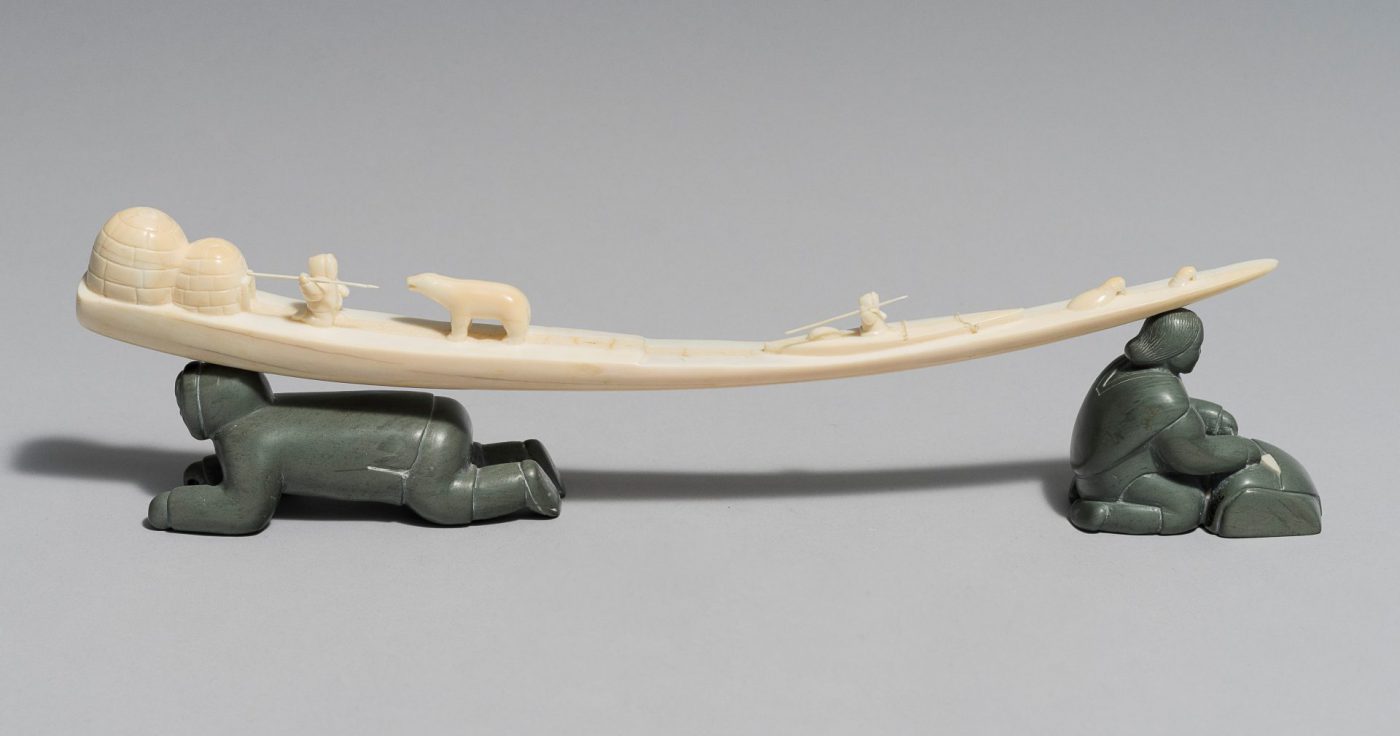 It’s been just a few short months since Jocelyn Piirainen moved to Winnipeg to take on the new role of Assistant Curator of Inuit Art at the WAG and her enthusiasm for her new home is palpable.

“I haven’t spent much time in Winnipeg before. I was really surprised at how much greenery there is!” she says. “It’s been really wonderful to begin working here at the gallery in such an exciting time–with the construction going on and the opening next year–it’s pretty amazing.”

Originally from Iqaluktuutiaq (Cambridge Bay, NU) Jocelyn Piirainen is a curator, film programmer, and analog photography enthusiast. Before accepting the new position, the first such position in Canada to be led by an Inuk, she worked with a number of Indigenous organizations in Ottawa as a curator and arts and culture advocate.

Her first curatorial endeavour was through the Indigenous Curatorial Incubator program through SAW Video in Ottawa, where she assembled a program of Indigenous short films that screened at the 2015 Asinabka Film and Media Arts Festival.

In 2018, she co-curated Tunirrusiangit: Kenojuak Ashevak and Tim Pitsiulak at the Art Gallery of Ontario. This show brought together three other Inuit artists as co-curators–Laakkuluk Williamson-Bathory, Koomuatok Curley, and Taqralik Partidge–who also responded to the artwork of Ashevak and Pitsiulak through video, sound, and installation works.

Right now Piirainen is getting to know the WAG collection. “From the first moment you walk into the vault at the WAG, you realize it’s a very powerful place.”

It’s here that Piirainen discovered the pieces for her inaugural WAG show, Small Worlds: Inuit Miniature Carving. The majority of the works were chosen from the Government of Nunavut Fine Arts Collection, housed at the WAG on long-term loan.

“There were these tiny miniatures that were sometimes partially hidden behind these bigger pieces that caught my attention,” she says. “What appealed to me about the miniatures was not only that they were small and cute, but that they also had a lot of intricate and expressive detail. That the artists were able to achieve that amount of detail on such a small scale is really quite amazing. I wanted to bring that to light.”

Small Worlds brings together more than 100 miniature carvings by Inuit artists from 19 communities across Nunavut including Kinngait, Kugaaruk, and Naujaat. Most of the works were created between 1950 and 1970.

“In the miniatures, you can see themes of traditional lifestyles, the importance of family and community. They reflect the point of view of the people, like the hunting scenes that show the swimming caribou from the hunter’s perspective. There are some genius ways the artists were able to reflect that!”

In the process of putting the show together, Piirainen also learned much more about the context in which they were created. “I’m an urban Inuk and am constantly discovering new things about traditional life.”

“In the 1950s when many of these sculptures were made, at the birth of the contemporary industry as it is now, some of these items were made for trade. So there’s an economic imperative that often accompanied these fantastic works of art,” she notes. “Re-conceptualizing these pieces in the current context is interesting. The meaning of it changes.”

Piirainen adds that we tend to think of Inuit carvings on a larger scale. “I hope people take away the realization that Inuit art can be on a variety of scales and many different materials. It’s not just stone, there’s antler, ivory, bone, sealskin, beads and even wood. So much is possible.”

As Piirainen looks to the future she hopes to get more involved with the local film community as well as looking ahead to the future at the WAG.

“I’m not just thinking about this year, but to the next year and the next. How do we keep the conversation going? How do we continue to explore this fantastic collection? It’s a process of discovery and it’s really exciting to be a part of it.”

Thursday, April 18, 7pm screening, followed by reception The WAG and the Gimli Film Festival are pleased to co-present the Manitoba premiere of the award-winning...

Into the Light’s time at the WAG is nearly at its end, with Labour Day (September 7) being the last opportunity to view it. As...

Self isolating with the kids? Why not take on a simple art project? Watch this DIY shamrock tutorial with WAG Learning & Programs Coordinator Cara...
COVID-19 Update