It’s not generosity, it’s a requirement of life 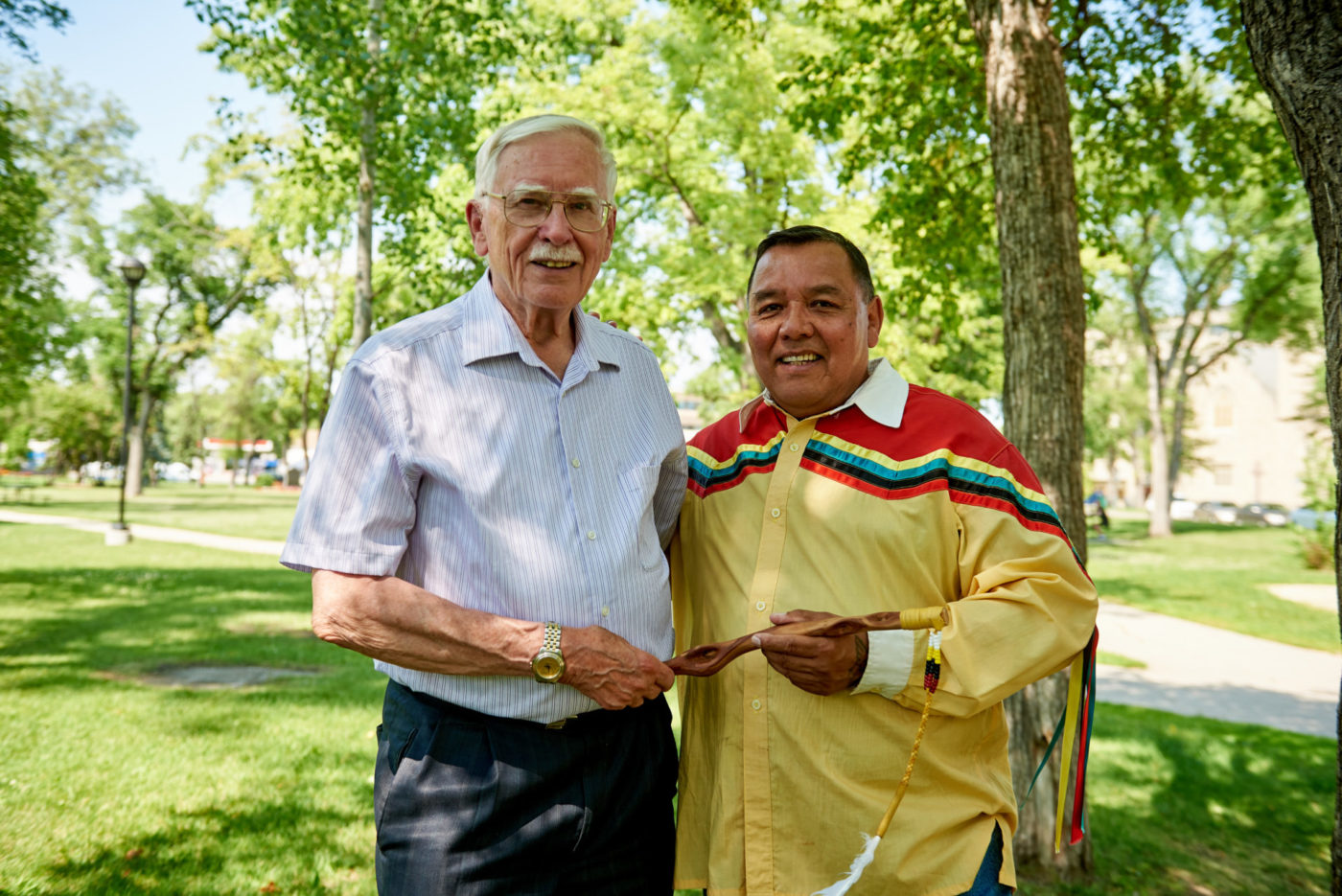 Giving back comes naturally for Raymond and Charlene Curry. This inspiring couple provides loyal support to the WAG and contributes to the community in many other ways. We sat down with Raymond to hear about his philosophy for giving.

“I’ve always been very lucky. Very privileged. An anonymous donor made high school in Edmonton possible for me. Then I received Canada Council, tax payer-supported grants for graduate studies. I have an obligation to give back to Canada. It’s not generosity, it’s a requirement of life that one be of service.”

These days, Raymond Currie is volunteering full-time, and then some, to keep up with demand for Circles for Reconciliation. These unique 10-week discussion groups are helping people across the country understand not only what reconciliation is, but what they can do today to move it forward.

Circles for Reconciliation is creating a movement of understanding, knowledgeable people to take our country forward.

More than 3,500 Canadians have been part of a Circle since they began in 2017. Each Circle is made up of five Indigenous and five non-Indigenous people having meaningful discussions in a safe and respectful environment.

It was the interim report of the Truth and Reconciliation Commission of Canada that inspired Raymond to form Circles for Reconciliation in partnership with Indigenous people, and he’s been interested in Indigenous history and ways of being all his life.

“No sooner did we sign treaties, than the trust was broken. Circles for Reconciliation can play a small part in building respectful relationships, and rebuilding trust.”

Raymond’s interest in Indigeneity has influenced his whole life, including his career as a sociologist and his art collection. He and Charlene have been collecting First Nations and Inuit art since they met, and recently made the decision to donate parts of their private collection to the WAG so it can be enjoyed by the whole community.

“I hope people leave the Centre inspired and replenished. I hope they truly enjoy the art. You really can’t help but be inspired by Inuit. They are a resilient, powerful, strong, and wise people – all that comes out in the artistic beauty of their works. I’m delighted to also see Inuit curators as part of the Centre.”

Raymond and Charlene’s vault dedication reads: We honour Inuit artists for their creativity, resilience and inspiration. After all, he said “It’s the artists who deserve to tell their stories.”

Raymond also sees reconciliation and the Inuit Art Centre though an economic lens. “The growth of Canada’s economy depends on Indigenous youth. And you can’t build an economy – or anything – together without a mutually respectful relationship between Indigenous and non-Indigenous peoples. That’s what reconciliation is to me,” says Raymond.

The Inuit Art Centre will create economic benefits, for contemporary artists, families of deceased artists, communities in the North, and for all of Canada.

When the WAG reopens, we look forward to hosting Circles for Reconciliation. Please consider starting a Circle in your community or workplace. Thank you, Raymond, for encouraging and inspiring us.

We invite you to join Raymond and Charlene and a community of supporters by purchasing shelf on the Inuit Art Centre’s visible vault, a three-story glass vault showcasing thousands of carvings from the world’s largest public collection of contemporary Inuit art.

By adding your support to a Visible Vault Shelf, you become part of the community of supporters who are coming together to build Canada’s Inuit Art Centre.

We’re seeing some pretty amazing stories come in from individuals and groups who are supporting the WAG Inuit Art Centre through the Visible Vault Campaign....

A Look Inside the Inuit Art Centre

With our supporters and partners, the WAG is establishing the Inuit Art Centre as a world-class art museum filled with transformative objects, images, and experiences...

See the Stories, Add Your Support

Join the growing community, including Sam Lyons, who are championing Inuit art. Add your support by purchasing a shelf in the WAG Inuit Art Centre’s...
COVID-19 Update