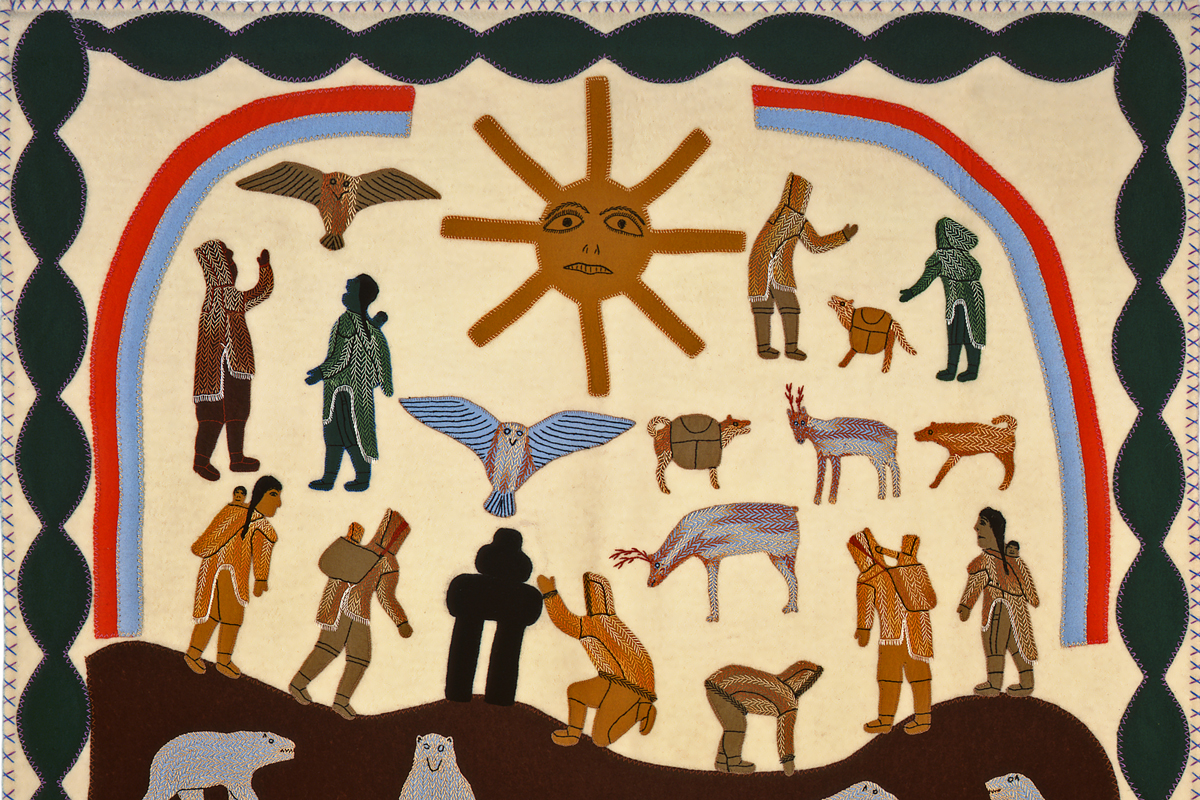 Mary Yuusipik Singaqti belonged to the last generation of Inuit to experience the nomadic way of life that centred on hunting caribou. She was born in 1936 in the remote Back River area, north of Baker Lake (Qamani’tuaq) in what is now Nunavut. The inland people who followed the caribou had a distinct culture, different from that of coastal Inuit.

By 1964, Yuusipik and her extended family had moved into the hamlet of Baker Lake because of famine on the land. Her mother, Jessie Oonark, earned fame as a graphic and textile artist. Yuusipik and her siblings also became well-known artists.

Dr. Darlene Coward Wight, WAG Curator of Inuit Art, had long been aware of Yuusipik’s wall hangings and carvings. But it wasn’t until a few before 2019 that the curator heard about the artist’s coloured-pencil drawings, recalling life in the Back River camps. Yuusipik had started making them in the late 1990s, distilling her memories of the 1940s and 1950s.

In 2014, the curator visited the elderly artist at her home in Baker Lake. She interviewed Yuusipik through an Inuktitut translator, recording her stories. In the past collections exquisitely detailed drawings, it conveyed a strong sense of community. You could see people working together at tasks such as drying caribou meat.

Wight was so impressed by the autobiographical drawings that in 2015, she arranged for the WAG to purchase 26 of them. Then, to her great sadness, Yuusipik passed away in 2017.

Mary Yuusipik Singaqti: Back River Memories was the first solo exhibition of the artist. The 2019 exhibition featured the 26 captivating drawings and four striking wall hangings and four sculptures.

Yuusipik’s motivation was simply to show her life, Wight says. “She told me, ‘I want the younger generation to know about me, how we used to live [and] how life was before.’”

Read this blog in Inuktitut below. Qaumajuq is one of the latest additions to Canada’s arts and culture scene. You might be wondering, why build...
COVID-19 Update