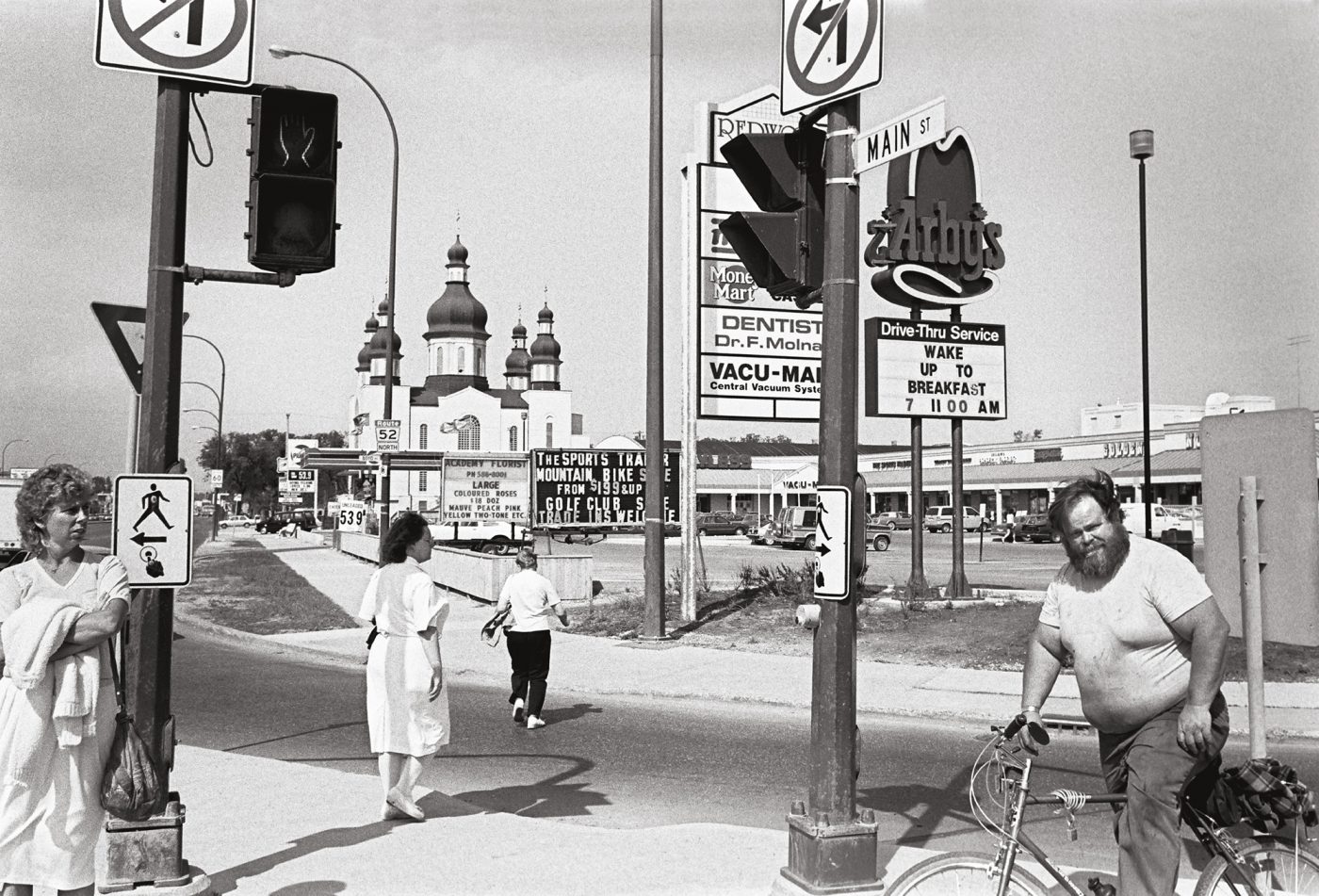 John Paskievich is an iconic Winnipeg artist. Born to Ukrainian parents in a displaced persons camp at the end of WWII, he grew up in the city’s North End in the 1950s-60s.  Following studies outside of Manitoba, he returned in 1972 and developed his photography and film craft.

A nod to the 100th anniversary of the Winnipeg General Strike, this past photography exhibition curated by Andrew Kear features 50 black-and-white inkjet prints created from negatives from the artist’s original collection. Kear and Paskievich selected photos from publications, The North End: Photographs by John Paskievich* and The North End Revisited*, while photographer William Eakin managed offsite printing.

The photos were only titled by street name or neighbourhood, with approximate dates, as Paskievich prefered to let you interpret them without the influence of any preformed associations. Nor is beautification the aim.

“Paskievich works at the intersection between art and documentary photography,” says Kear.  “By capturing life in the North End, he is finding art literally on the street, and creating a forum to talk about Winnipeg.”Paskievich’s last solo show at the WAG occurred in 1983 and his work has been featured in several group shows since the 70s. However, his most significant body of work, citizens going about their daily lives from the 1970s to the 2000s, has never been exhibited on such a scale. Paskievich’s North End is alive and life-giving.

ICYMI: Shame and Prejudice: A Story of Resilience

From one of Canada’s most recognized contemporary Indigenous artists, Kent Monkman, the WAG presented Shame and Prejudice: A Story of Resilience until February 2020, which...

For over 30 years the Children’s Heritage Fund has sponsored thousands of Winnipeg School Division students through Quantum Arts, a program that provides youth with...
COVID-19 Update