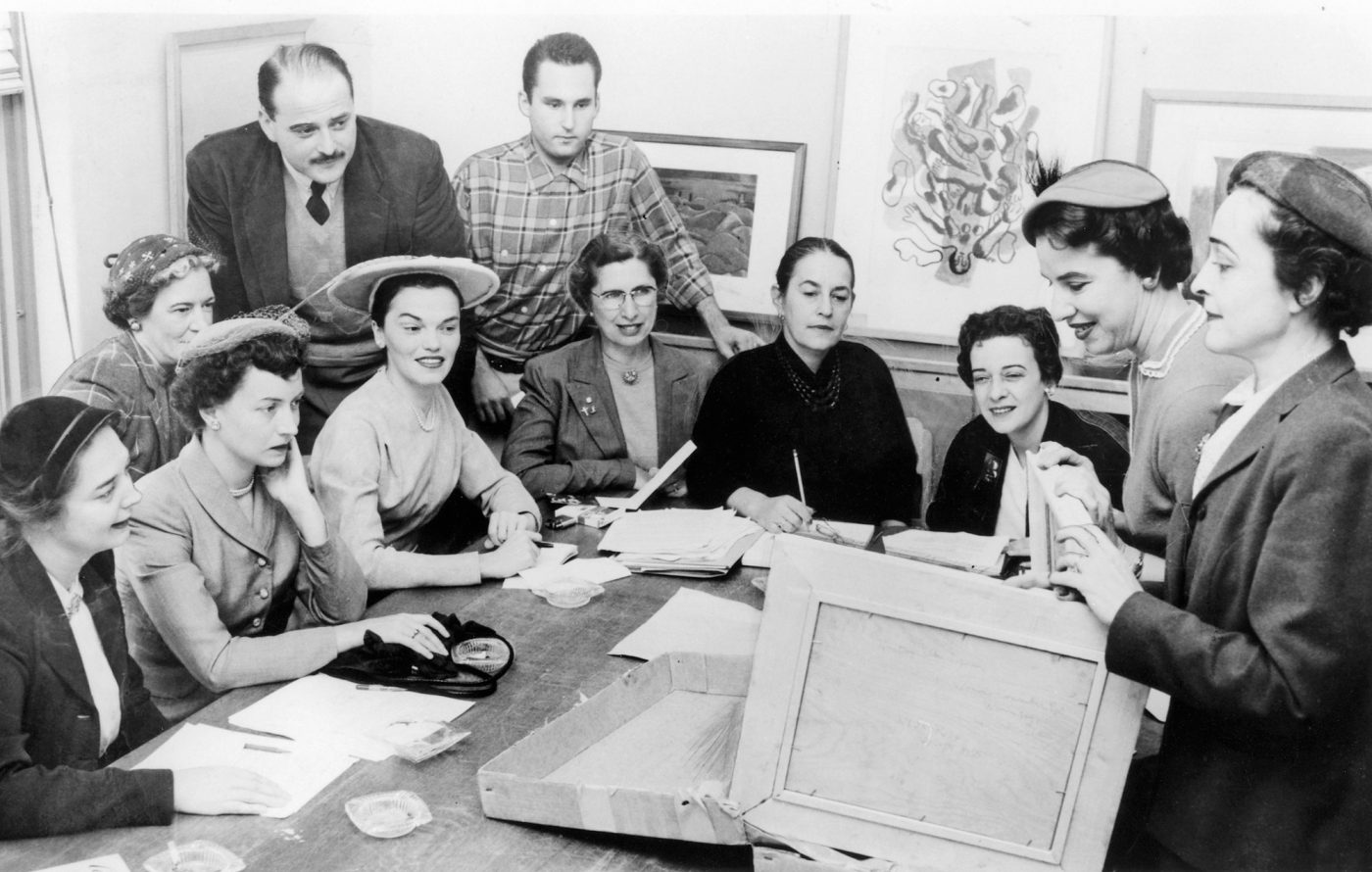 The organizers of the first Winnipeg Show included several members of the Associates, 1955.

In 1948 the WAG, like so many other Canadian institutions, was struggling to survive, let alone thrive, after the devastating years of the Depression and WWII. The Board of Governors of the WAG realized they needed help to find a new location for the Gallery and sufficient funds to operate it.

The Board asked Muriel Richardson to form an Auxiliary to the Board. A committee was formed in a matter of months. The founding members were Eileen Abbott, Lillian Allen, Isabel Chester, Alice Dexter, Patricia Guy, Clara Lander, Phyllis MacAulay, Dorinda Mutchmore, Dorothy Naylor, Helen Purves, Muriel Richardson, and Irene Thompson. Soon they were 27 strong and their aims were to support the Board and stimulate public interest in the Gallery.

That was over 70 years ago. Since then the Auxiliary to the Board has undergone several name changes (now known as Associates of the Winnipeg Art Gallery). But what has not changed has been its vision and the determination of its members to support the WAG through volunteerism, fundraising, and outreach into the community.

These were and continue to be lofty goals, to be sure. After seven decades of dedicated service through volunteerism, the Associates and their predecessors can be proud of their legacy that includes:

This is a legacy worth applauding! Last year, the Associates did just that, when they gathered at Government House at the invitation of the Lieutenant Governor, the Honourable Janice Filmon, to celebrate the accomplishments of the founders and pioneers of the past 70 years. The WAG was delighted that one of the original founders, Patricia Guy, was in attendance. At the event, the Associates presented the WAG with Jutai Toonoo’s Someday We Will Be Free of Cancer (2012) in honour of the anniversary.

Into the Light with Riva Symko

Riva Symko, Head of Collections & Exhibitions and Curator of Canadian Art at the WAG tells us about the exhibition, Into the Light: LL FitzGerald,...

Watch as our Prep team assembles and installs Brian Jungen’s work, Vienna from the collection of the National Gallery of Canada. Video by Leif Norman
COVID-19 Update