Fostering a Love for Art

Summer camp is back and the WAG is once again abuzz with young artists. Alongside clay and robotics themed camp weeks, the WAG launched a new Indigenous art camp, made possible by generous donors, to celebrate 10 years of summer camp programs and Qaumajuq365. The camp’s focus was rooted in reconnecting youth with their culture, traditional ways of being, and fostering a love for art.

Each day, campers started fresh with a morning smudge on the rooftop. Mitchell Saunders, camp director, explained the importance of this. “We smudge to get rid of bad energies, or any negative feelings we may have within us. We do a little prayer, and to see good things we bring the smudge to our eyes, to feel good things we bring it to our heart, to hear good things bring it to our ears.” The campers quickly integrated their morning smudge into their routines. “If we forgot, you bet one of the kids would remind us!” he said, pride evident.

Following the smudge, the campers spent most of their days creating, with visits to the galleries with curators interspersed. “It was wonderful to be able to show a wide variety of art,” Mitchell said. Mackenzie Anderson-Sasnella, one of the camp counsellors, found that the campers were deeply impacted by It’s Not Your Fault, 2015, a film piece by Raven Davis in the Born in Power exhibition, which specifically addresses the racist hate leveraged against Indigenous people. “The kids really got it. They’re familiar with what’s being said,” she noted. For the campers, seeing this variety among Indigenous artists is a reminder that no matter their art style and specialty, there is a place for them and their Indigeneity within the art world. Among other projects, students experimented with a version of pointillism, inspired by Christi Belcourt, decorated their own talking sticks, and created Water Protector posters, inspired by the Onaman Collective.

The Water Protector poster creation spanned the week, and the students were asked to think carefully about the colours and themes they wanted to include. Mitchell encouraged the students to limit their colours to those included on the Medicine Wheel: black, red, yellow, white, blue, green, and brown. At the end of the week, each student would proudly tell you the story of their poster, whether they were inspired by Nuliajuk (a protective marine spirit, mother and guardian to aquatic life), fishing with family, or turtles and their connection to truth through the Seven Sacred Teachings.

One of the final sessions was hosted by Dee Barsy, in which students explicitly focused on emotions. The emotions the students listed were not all light and joyful, and often leaned darker. “I saw him, and I knew what was happening there,” said Loïk Raymond, a counsellor, about one camper, “I was that kid, but we didn’t talk about this stuff. It would have been so good to have something like this back then.” Loïk, Mackenzie, and Mitchell have all pointed to the highly personal nature of this camp. For them and the campers, this too-short week was powerful, important, and represented a concrete step towards healing. 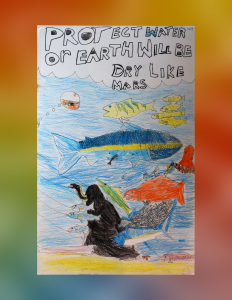 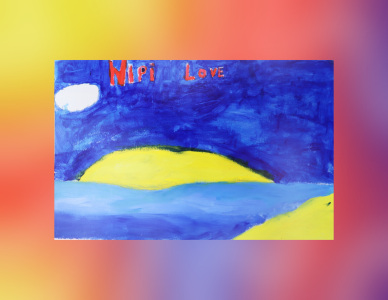 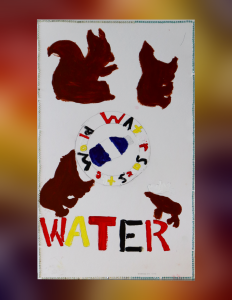 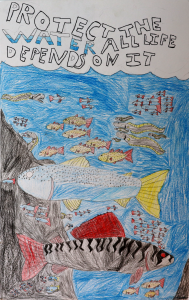 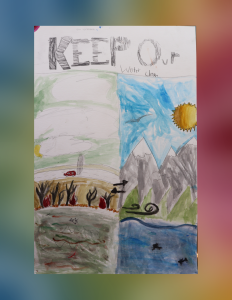 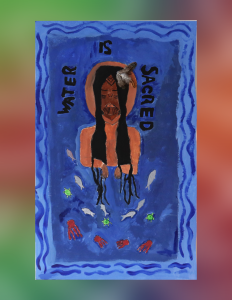 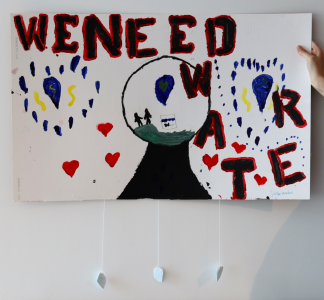 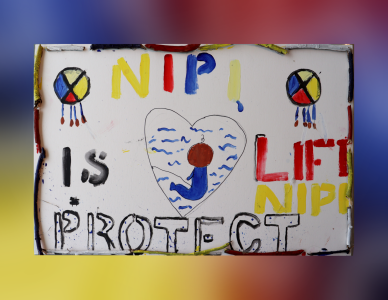 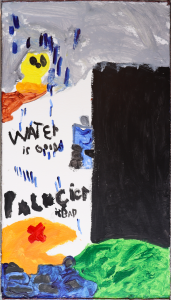 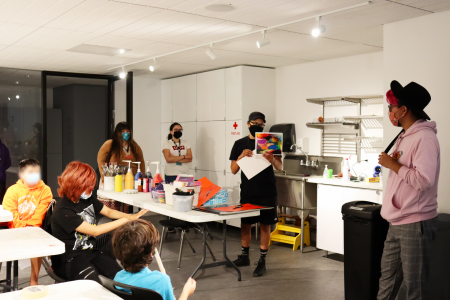 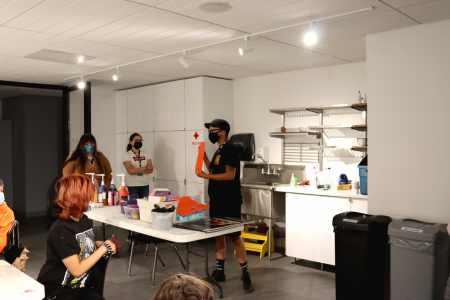 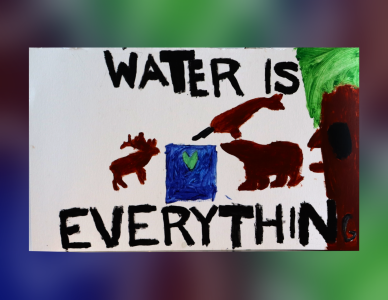 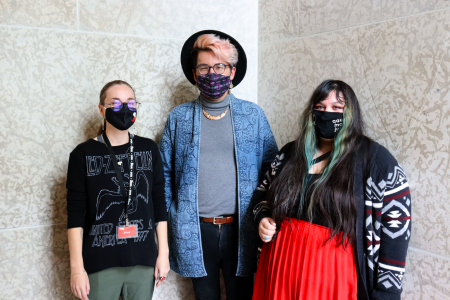 One response to “Fostering a Love for Art”

The first Winnipeg Indigenous Triennial looks at water and our changing environment from an Indigenous perspective and with an international scope.

What better way to learn about the WAG collection and express your creativity than by colouring some of our favourite pieces! Lisa Mendis, WAG Studio...
Welcome Back!
WAG-Qaumajuq is now open! See our safety measures here.
The Winnipeg Art Gallery is located on Treaty No. 1 the original lands and waters of Anishinaabe, Ininiwak, Anishininiwak, Dakota, and Dene peoples, and on the homeland of the Métis Nation.