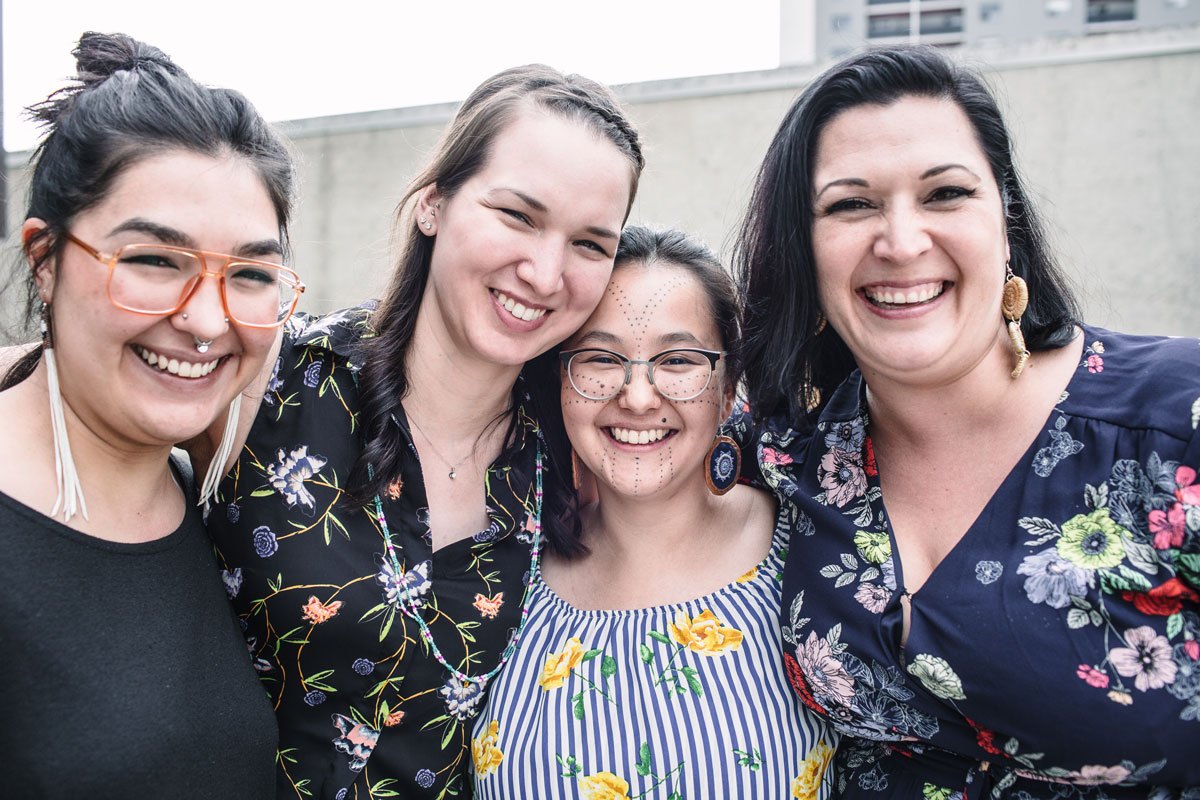 Works from close to 50 artists will offer a balanced representation of all four regions of Inuit Nunangat, other Canadian regions and urban centres, and various art media. New works integrated with works from the collection will span several generations of artists. About half of the new works will be specially commissioned for INUA. Works from other circumpolar areas such as Greenland, Alaska, and Siberia will also be celebrated.

As Dr. Igloliorte noted, “The Inuit world is vast, and our arts proliferate everywhere.”

The curatorial team met again in mid-January, spending much of their time selecting works from the collection in the WAG vaults. They’re now continuing to meet with artists and confirm commissions and loaned works.

As more works become confirmed, the team comes closer to envisioning how they will be presented in the main Inuit Gallery and other Inuit Art Centre spaces.

Ideas are emerging for the Centre’s grand opening celebration in 2020, including live performances and Inuit food.

None of this would be possible without the amazing support of our donors. Stay tuned for more exciting details on the WAG Inuit Art Centre’s inaugural exhibition over the coming months!

Inspired by this year’s theme, Auviqsaqtut (cutting blocks to make an iglu/working together to build an iglu) the 22nd Inuit Studies Conference evokes themes of collaboration, Inuit Qaujimajatuqangit, sharing intergenerational knowledge, and building something together.

Catch a virtual tour of INUA. INUA is the inaugural exhibition of Qaumajuq, the Inuit art centre. Featuring a wide range of groundbreaking work in...

Catching up with Tarralik Duffy