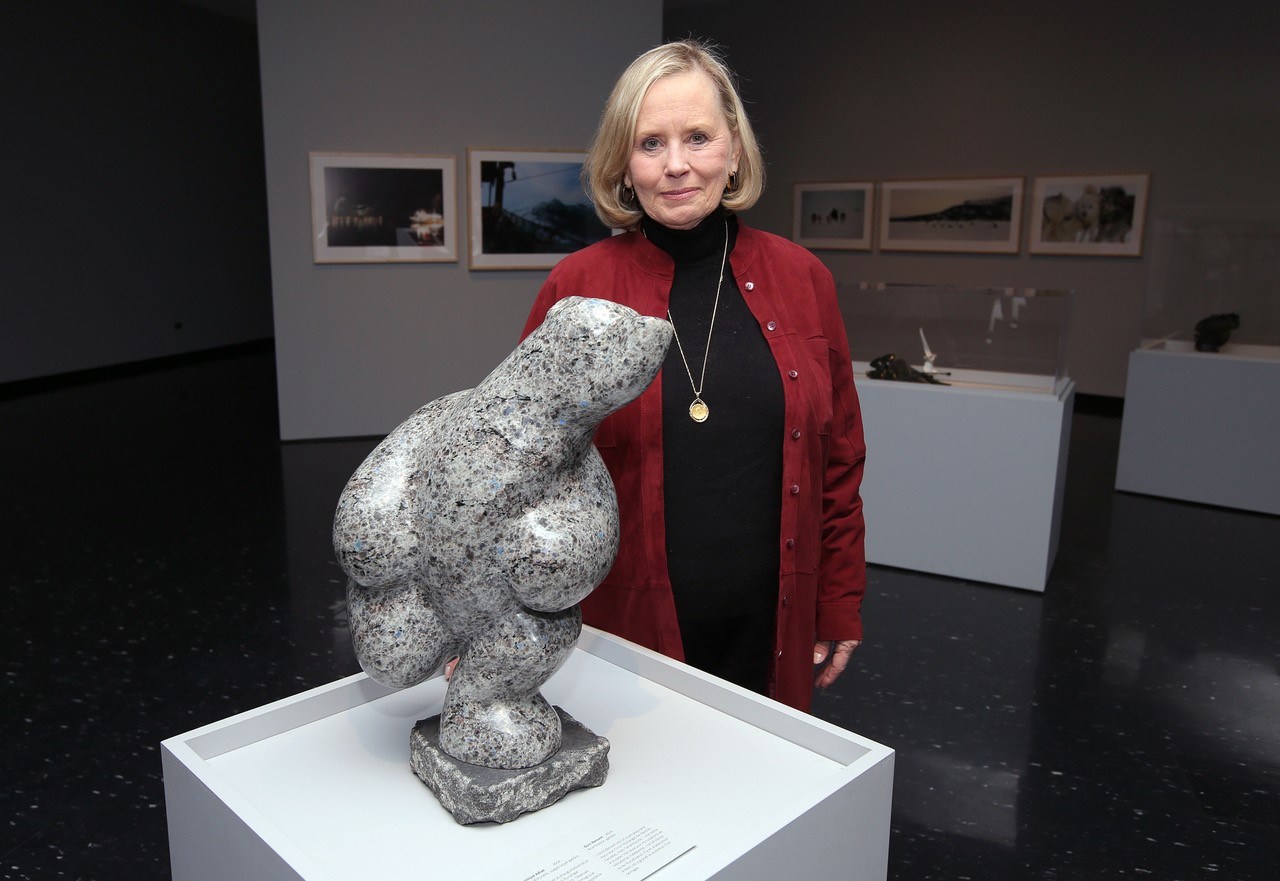 On October 5, 2018, in Winnipeg, Louise Leatherdale announced a $1 million contribution to the WAG Inuit Art Centre on behalf of herself and her late husband, Doug.

The generous gift is an expression of the Minnesota couple’s passionate interest in Inuit art that began 30 years ago when they saw carvings from the North for the first time.

“I like [Inuit art’s] accessibility and how each of the pieces tells a different story that the artist is trying to bring forth,” says Mrs. Leatherdale.

A few years ago, Louise and Doug (who was born in Morden, Manitoba) toured the WAG’s vaults housing most of the 13,000-pieces of contemporary Inuit art.

Recalls Louise, “We were very disturbed that there was no way this art and these artists could be showcased if they’re stuck in a basement,” adding, “When they brought up the idea of having an Inuit Art Centre that could showcase this, it made all sense in the world.”

In grateful recognition of the Leatherdales’ thoughtful contribution, the WAG Inuit Art Centre will establish the Doug and Louise Leatherdale Gallery as an intimate space where large exhibition themes can be explored in more depth.

“The Winnipeg Art Gallery’s Inuit Art Centre would not be possible without the support of people like Doug and Louise Leatherdale. Their gift puts us within $10 million of our $65 million capital campaign goal,” explains Borys. “We have $35 million from the government sector and just over $21 million from the private sector so far.”

He hopes the Leatherdales’ donation will encourage other private donors to come forward with both big and small gifts.

To make a gift and to learn about how you can play a role in connecting North and South, the past and the future, through Inuit art and stories. Call 204.789.1297 or  visit wag.ca

All new donations to the Inuit Art Centre will be matched by the Province of Manitoba. For every $2 received, the Government of Manitoba will contribute $1.

In the lead-up to the opening of the Inuit Art Centre in a few short months, we are continuing to share content celebrating this new...

Housed on the Penthouse Level of the Gallery, the new WAG Studio is designed by Qaumajuq architect Michael Maltzan. The larger and more versatile spaces...
COVID-19 Update