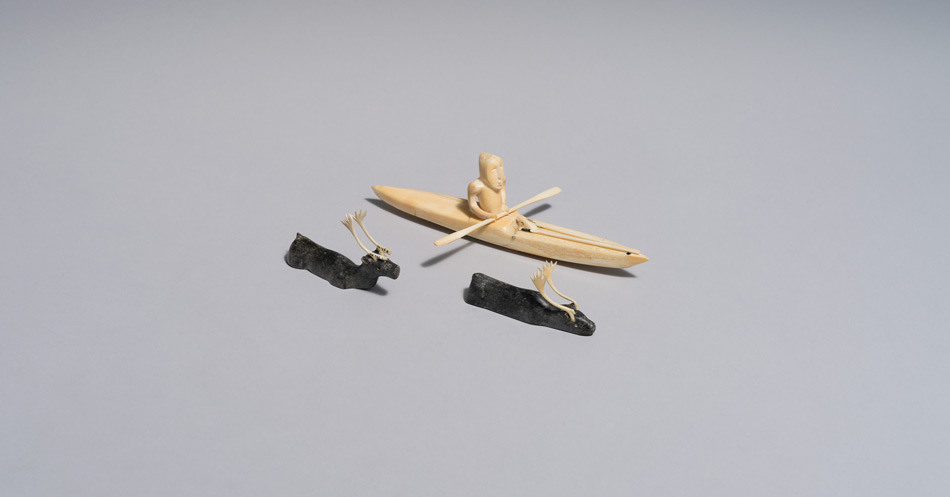 The first day I started as the Assistant Curator of Inuit Art, myself and Lisa Charleyboy (the new Manager of Indigenous Initiatives) were given the requisite tour of the gallery building – including all of the vaults where the artwork is stored. Any sort of tour inside of vaults, where the public generally doesn’t get the opportunity to visit, is pretty exciting!

Once the doors were open and I stepped inside the temperature-controlled room, I was immediately struck with awe and amazement. There was another feeling that came over me, as I stood in the middle of the room, surveying the hundreds of carvings that were made by Inuit from generations past – it was a feeling of respect and humbling. Respect for the artists that have lived before me, whose work has lasted throughout these past 50 years, and that I humbly have the privilege of curating into future exhibitions for the public to see.

One of these exhibitions is the upcoming Small Worlds: Inuit Miniature Carving. The majority of the works in this exhibition were chosen from the Government of Nunavut collection, which is housed here at the WAG on long-term loan. While looking through this collection, I noticed the large amount of both miniature and small carvings, and knew that these would be great to showcase in contrast to some of the larger carvings on display in the other galleries.

What I enjoy most about the miniatures, though, are the intricate details as well as the expression and movement artists are able to achieve on such a small scale. In Madeleine Isserkut Kringayark’s Hunter and Narwhal, one can imagine the hunter swiftly moving across the arctic waters in his qayaq (kayak), while trying to keep up at the pace of the swimming narwhal below. Here, the arching of the back of the narwhal also indicates that it is just about to dive deeper into the depths of the ocean.

Or in Ulilak’s work, Man and Qayaq with Two Swimming Caribou, we see from the perspective of the hunter as he glides through the waters, following two caribou – legless, in this case, as that is how they look while swimming through a river or lake.

Many of these miniatures also reflect the everyday busyness of Inuit including that of men hunting seals, fish or whales – or of women scraping sealskins or tending to the qulliq (oil lamp). These scenes then create the “small worlds” where stone andbone become the landscape, and the stories and livelihood of Inuit are told by these miniature carvings. 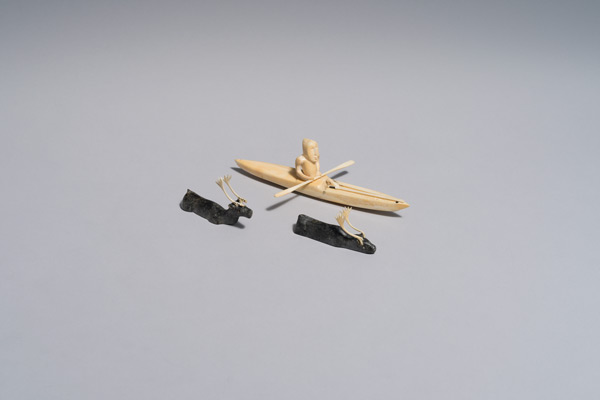 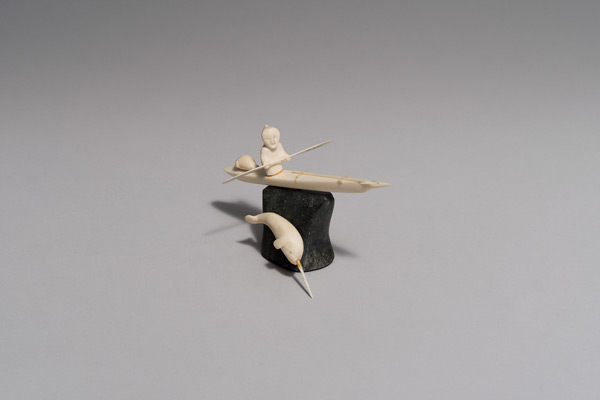 This exhibition brings together more than 100 miniature carvings by Inuit artists from over a dozen communities across Nunavut including Cape Dorset, Kugaaruk, and Rankin Inlet.

In December 2019, Julia Lafreniere assumed a leadership role in Indigenization at the WAG, involving First Nations, Inuit, and Metis communities. She works to build...
COVID-19 Update