A conversation with Jocelyn Piirainen on Carved in Stone: Sanannguaqtit ᓴᓇᓐᖑᐊᖅᑎᑦ 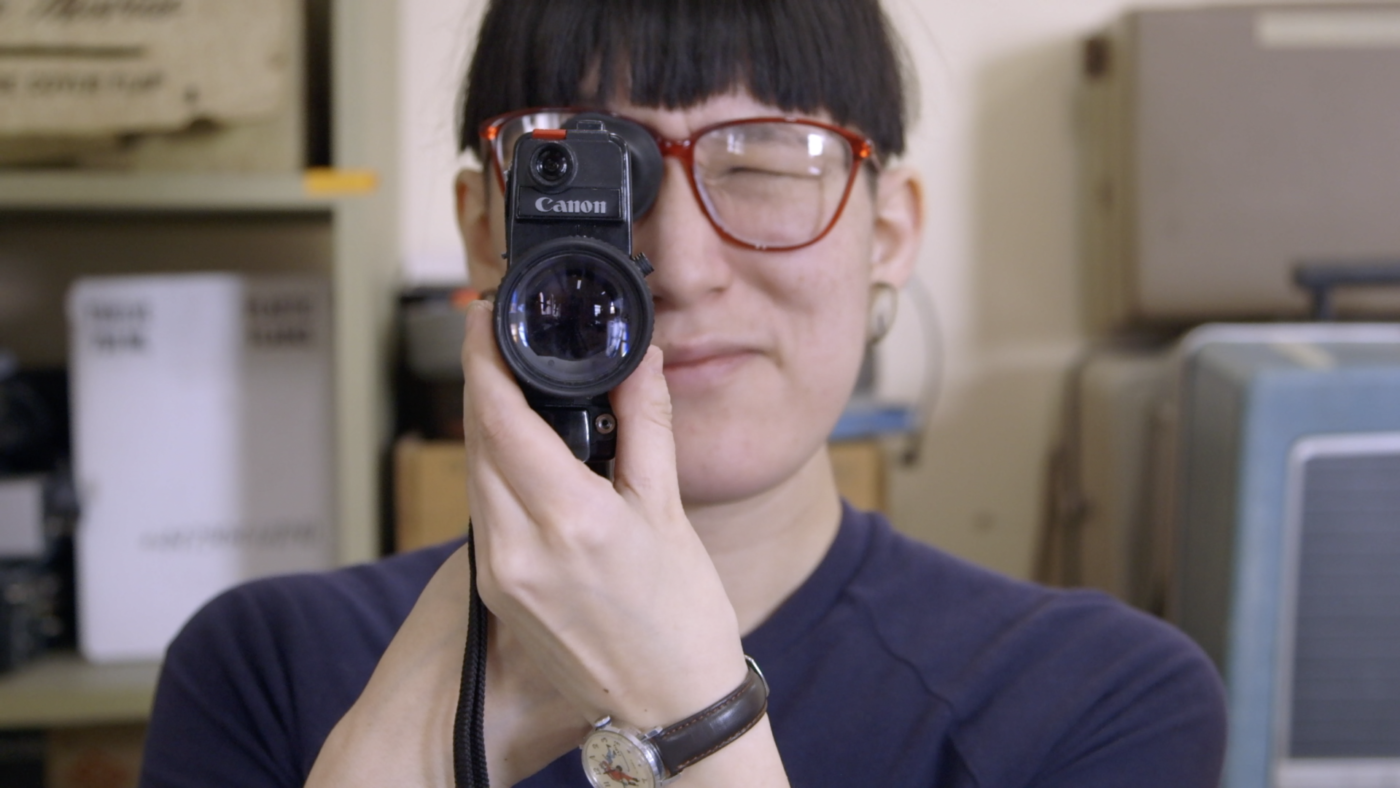 Carved in Stone: Sanannguaqtit ᓴᓇᓐᖑᐊᖅᑎᑦ, a new film profiling several Inuit artists whose works are part of the Winnipeg Art Gallery’s collection, is a unique document of a particular moment in the history of Inuit art and culture, particularly as Inuit and Indigenous art takes centre stage across Canada and the world.

What started as a short biopic about the work of Inuk artist George Arlook grew into an hour-long documentary collaboration featuring established and emerging Inuit artists, including Arlook, carver Goota Ashoona, carver Joe Ashoona, multi-disciplinary artist Jocelyn Piirainen, and painter and illustrator Kailey Sheppard, as well other WAG staff, and offers a unique perspective on how these Inuit artists make and promote their work in locations ranging from the arctic to urban centres to rural homesteads, while connecting their art to their lived experience.

To celebrate the film’s release, produced by Winnipeg’s Fringe Filmworks, now streaming on CBC Gem, we spoke with Carved in Stone film subject, artist, and WAG Assistant Curator of Inuit Art Jocelyn Piirainen to learn more about the WAG’s connection to the film.

How did your involvement in the film Carved in Stone: Sanannguaqtit ᓴᓇᓐᖑᐊᖅᑎᑦ come about?

Somehow, it also came about that I have an interest in analog photography and filmography, and then I found myself over at the Winnipeg Film Group, about to head over to film Goota using Super 8 cameras.

What is the connection between the artists and works featured in Carved in Stone, the WAG’s Inuit art collection, and Qaumajuq?

Many of the works featured are part of the WAG’s Inuit art collection by Goota and George Arlook, as well as works by their family members or from their associated communities (Kinngait and Arviat). The WAG holds many carvings and drawings by members of the Ashoona family and many carvings from George Arlook as well.

What are your thoughts on the Inuit cultural renaissance – and Indigenous renaissance more broadly – happening now in Canada and across the world?

Well, I think it is something that is continually happening, and generally, it’s quite great and it’s culturally needed. The ‘Indigenous renaissance’, I feel, has long been overdue – it was only a matter of time before it happened.

What kinds of artists and works are you interested in exhibiting in your curatorial work?

Personally, I am interested in many of the current artists working in carving, photography, and other mediums, but I’m particularly interested in works by Goota Ashoona and her family. Overall, I’m interested in contemporary artists.

Curator's Take on In Place

WAG Head of Collections and Exhibitions, and Curator of Canadian Art, Riva Symko, discusses the exhibition, In Place: Reflections from Manitoba. Learn more about the...

Are You My Mother

Are You My Mother, (2021 at the WAG) About the installation: 2021 Governor General Award-winning artist Lori Blondeau re-mounts a rarely shared and affecting performance,...

Every so often there is a singular artwork that seems tailor made in scale and timing for a gallery space. This was the case for...
COVID-19 Update